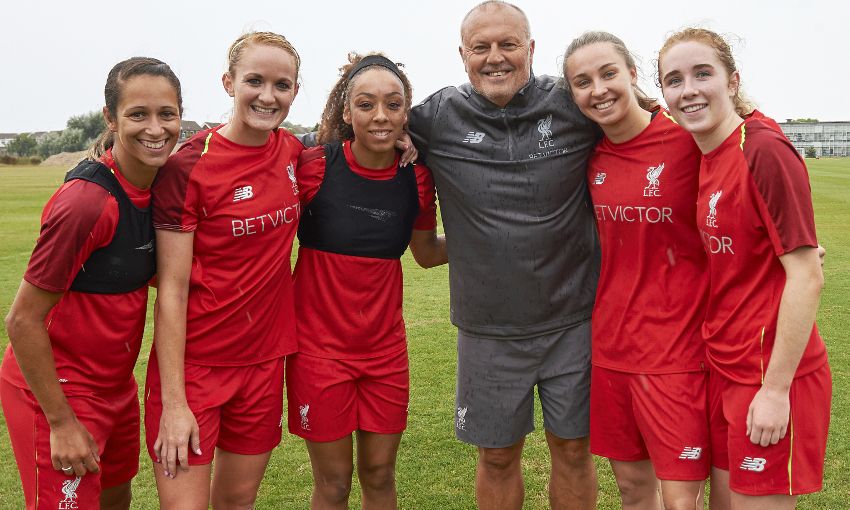 Liverpool FC Women start their new season on Sunday when they host Manchester United Women in the Continental Tyres Cup.

With Neil Redfearn now at the helm and after a busy summer of transfer business, it is a new-look squad for the campaign ahead.

Here, courtesy of the official Liverpool FC magazine, the Women's boss gives us the lowdown on his players... 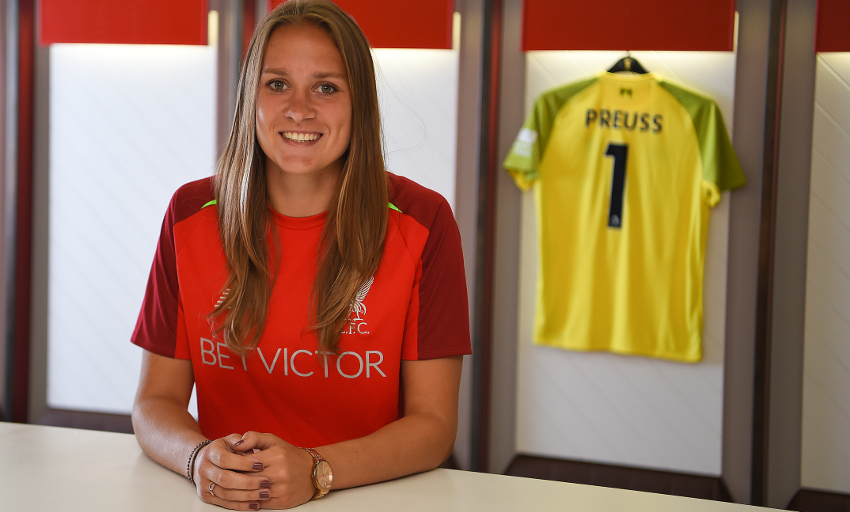 "Anke is a top-class goalkeeper who has proven her qualities in the FA WSL 1 with Sunderland Ladies over the past two seasons. She is an excellent shot-stopper as well as being very good with her distribution, so she will suit our style of play perfectly as we look to play out from the back." 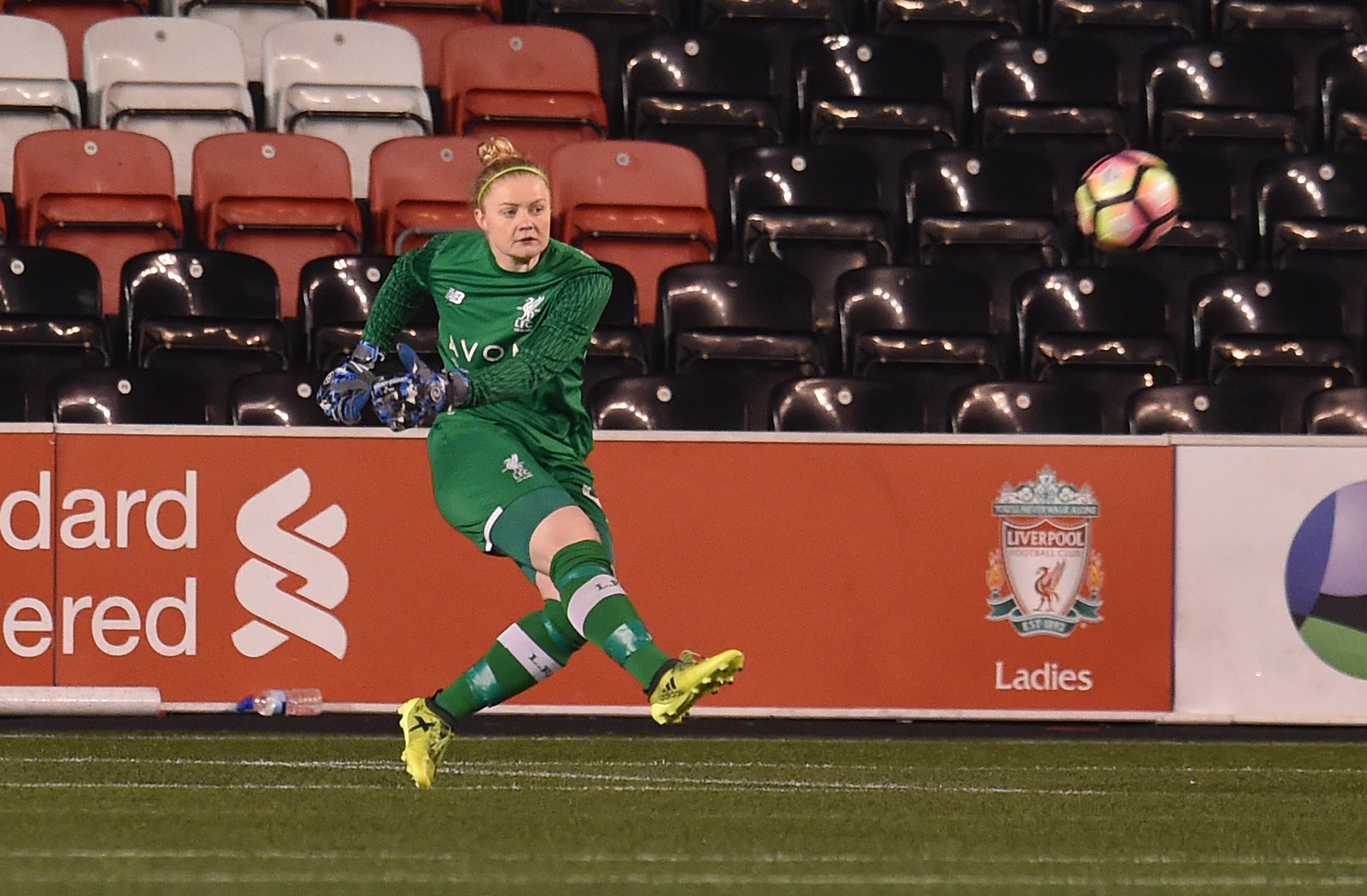 "A young player who has come through the development process. She's got good ability, and I think it will be good that she gets to work with Chris Kirkland, which will be important in her development. We've brought in a good 'keeper in Anke Preuss so she's got good competition there and I think Becky's at a point now where we can really try and bring her on." 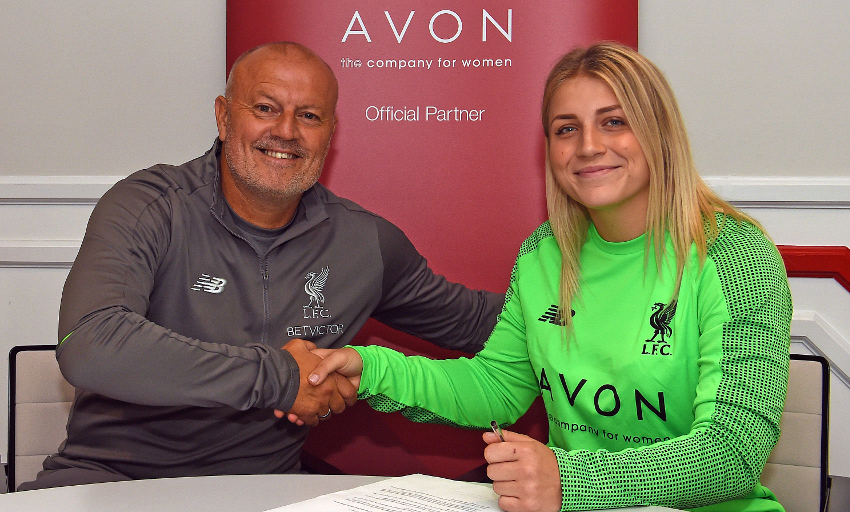 "We want strong competition for that No.1 spot and Fran brings that. She's an outstanding young 'keeper with her whole career in front of her. It's important that there's competition all over the pitch for places because we want to be competitive and we want to be at the right end of the table. Fortunately for us, I think we've got the best goalkeeping coach in women's football in Chris Kirkland. He brings a wealth of experience and knowledge and he's a great people person who the girls love training with and he'll help Anke, Becky and Fran." 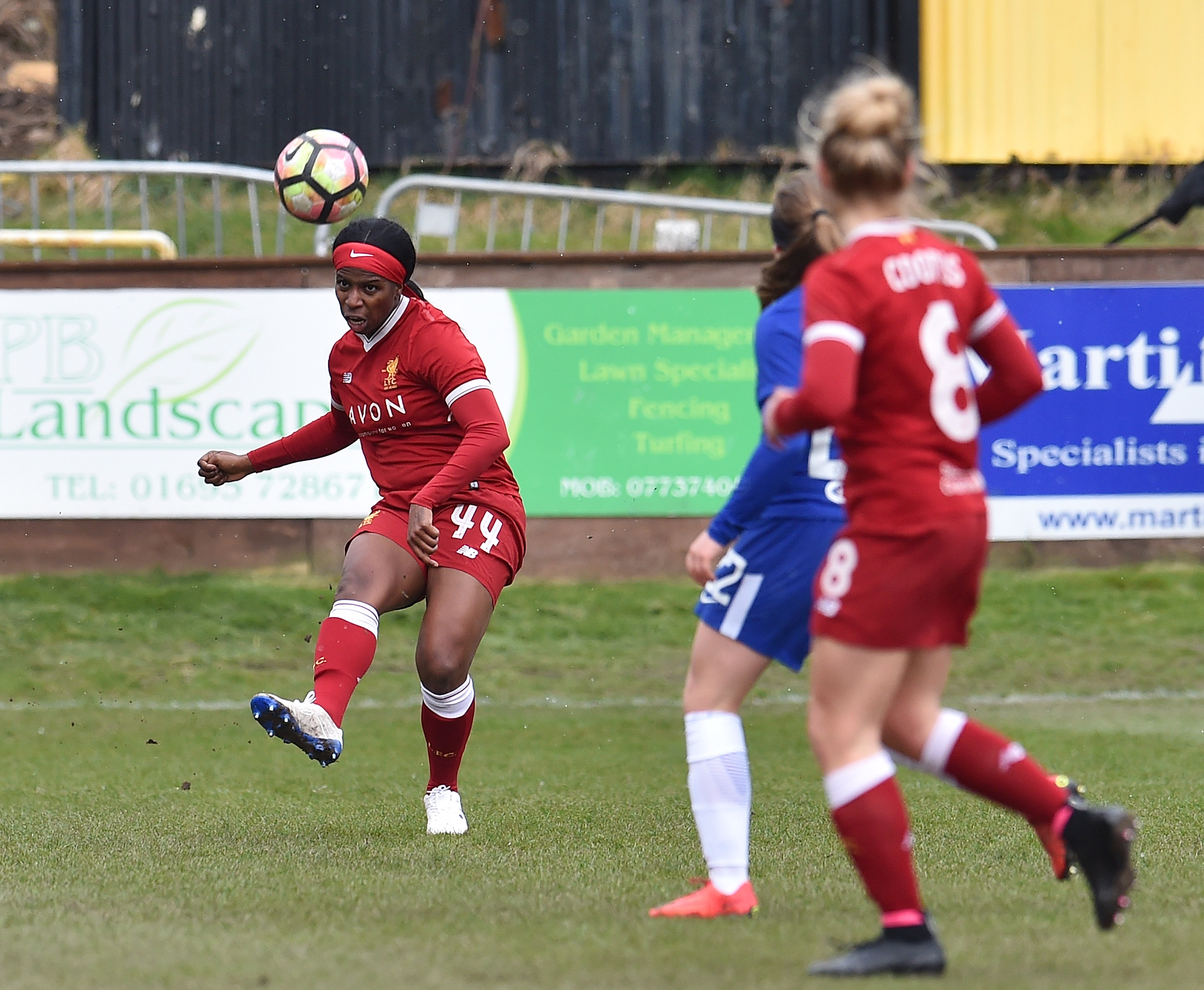 "Athletically she is unbelievable and she has good technique. Her game understanding is good. I want to try to open her mind up to different roles and positions because her assets suggest she can do other things, so I'm really looking forward to working with Sats." 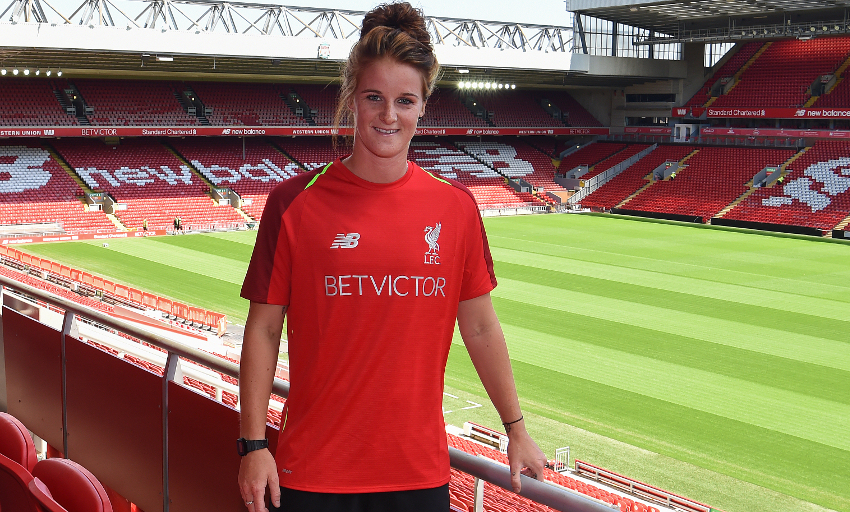 "Jasmine is a real leader who I believe will play a key part for us next season. Jasmine's versatility was another bonus for us as she is equally as comfortable playing in midfield as she is in defence." 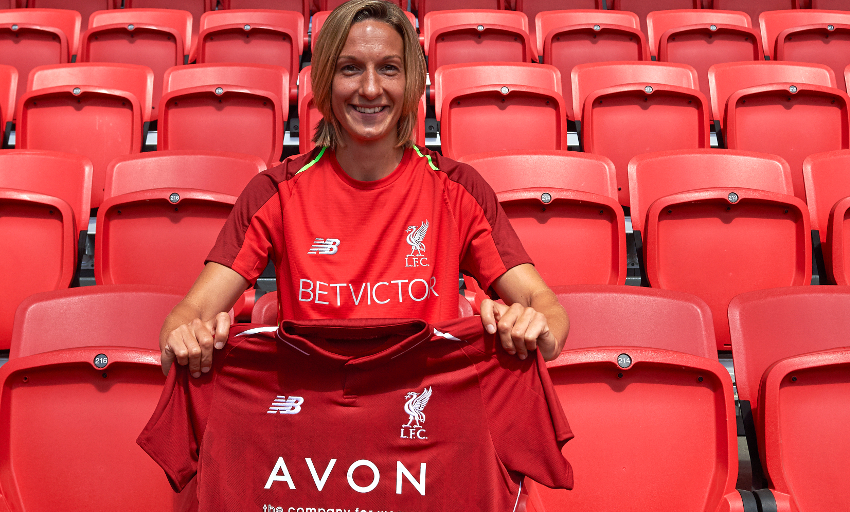 "This is a really important signing for the club. Having worked with Leandra last season, she is a real leader as well as being a top-quality defender with huge experience. Leandra will also be a massive influence in the dressing room this season and will play a key role in helping us to create a positive environment on and off the pitch as we begin a new era for the club. We will dual up Leandra's role as a player. She ran the dressing room at Doncaster Belles to an unbelievable effect and it played a big part in us winning the championship last season and being successful, so I know that she'll do that properly. She was organising people day one and I know she's the right type for us." 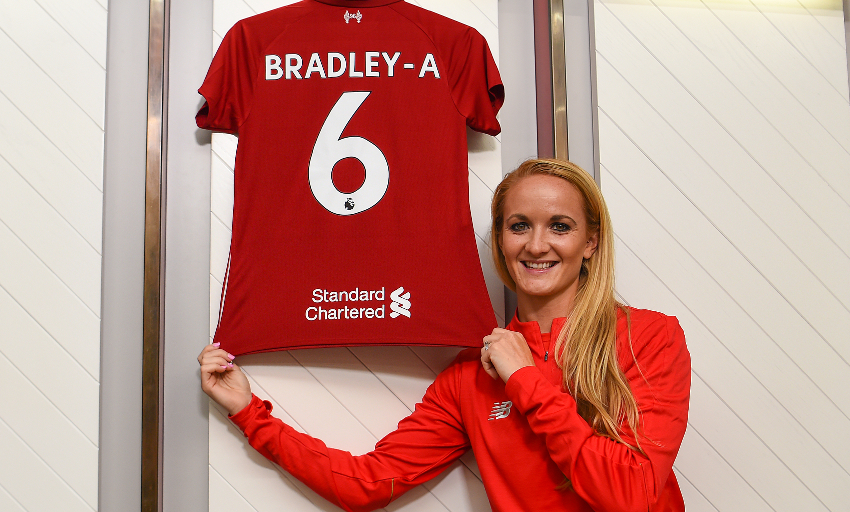 "Another great acquisition for the club. She was immense for Doncaster Belles last season and also has the experience of having played WSL1 football before, as well as representing England at senior level. Sophie is a very composed defender who is extremely confident on the ball and I'm sure she that will become a real fans' favourite with the Liverpool FC Women supporters." 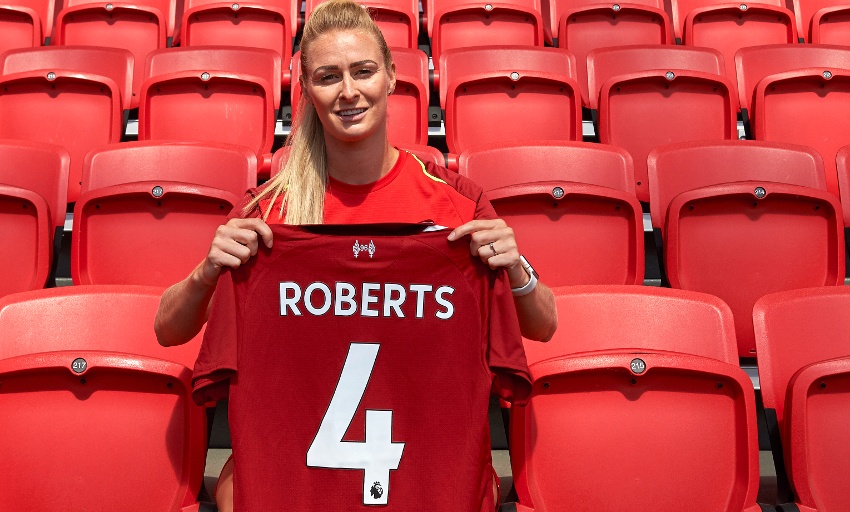 "Rhiannon played an invaluable role for Doncaster Rovers last season as well as also proving her qualities with Wales in their Women's World Cup qualifying campaign. She is an excellent defender who also has a real presence in the backline and I have no doubt that she will be a key player for Liverpool FC Women next season." 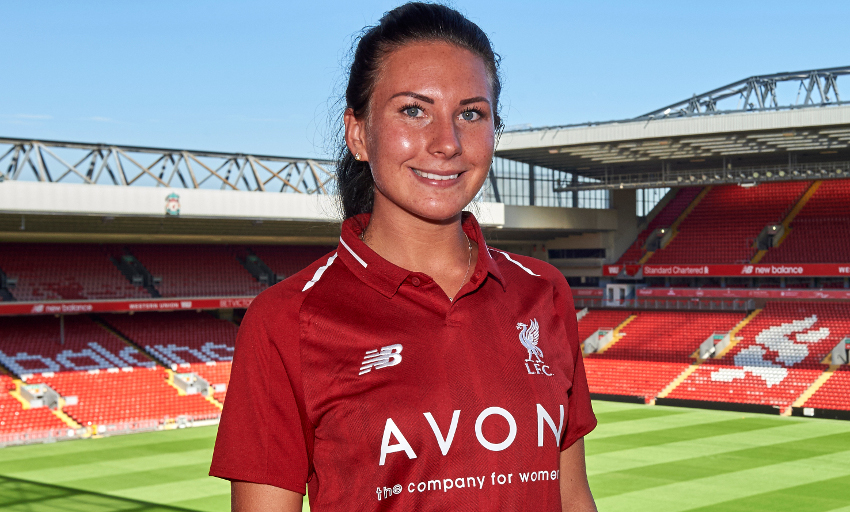 "Leighanne is a quality defender who is also a real leader. She is a tough-tackling defender who is capable of playing at full-back so gives us more options in defence. A few other clubs in FA WSL1 were looking at signing Leighanne so we are delighted that she has put confidence in our plans for the future." 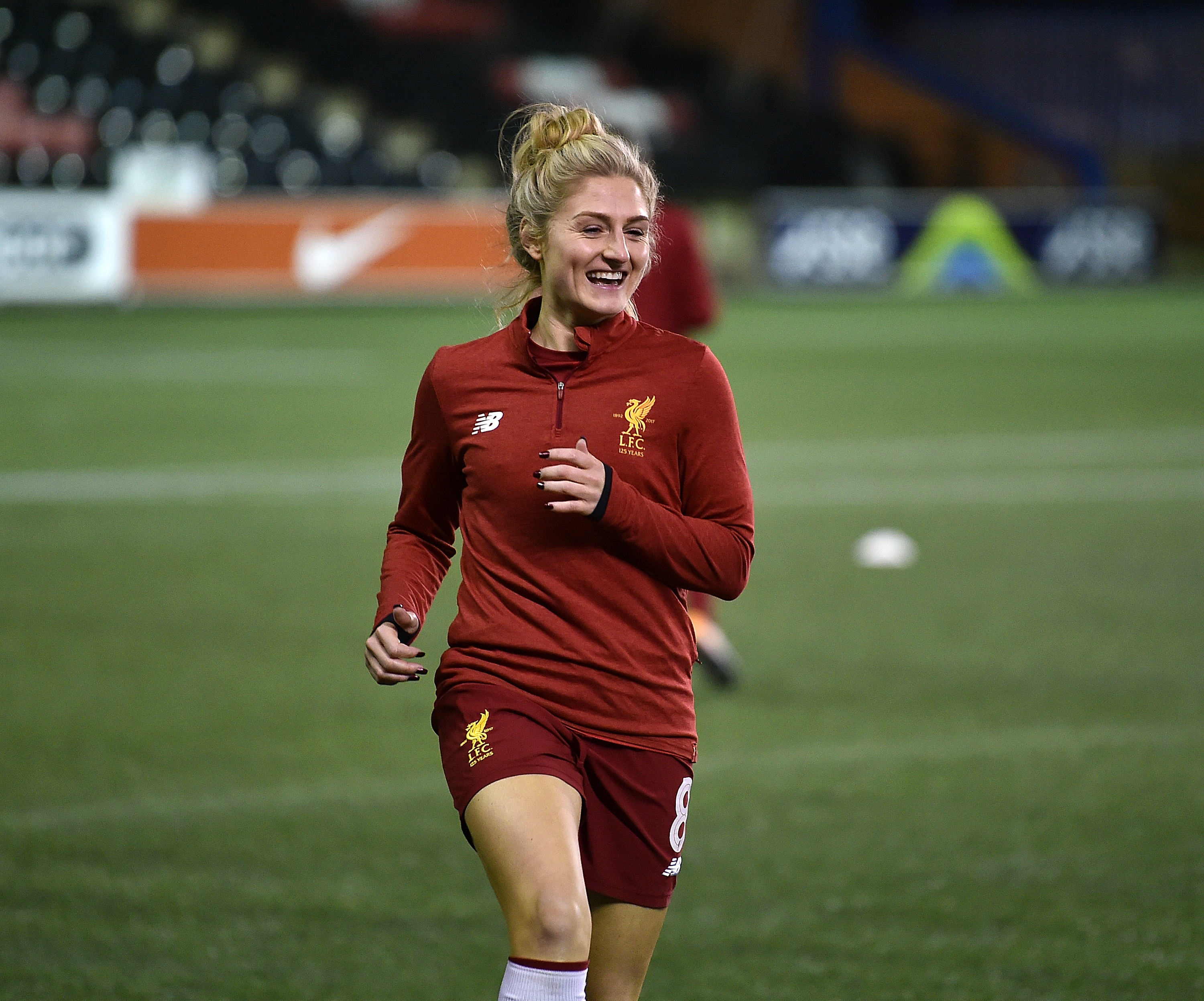 "For me, she is a perfect pro. She trains like she plays and her attitude in training is infectious on other people and these are the type of people and footballers that you want around your club. She's not a minute's bother but sometimes when somebody's got such a great attitude, you can look past the fact that they're technically really gifted, as Laura is, so we're lucky to have her." 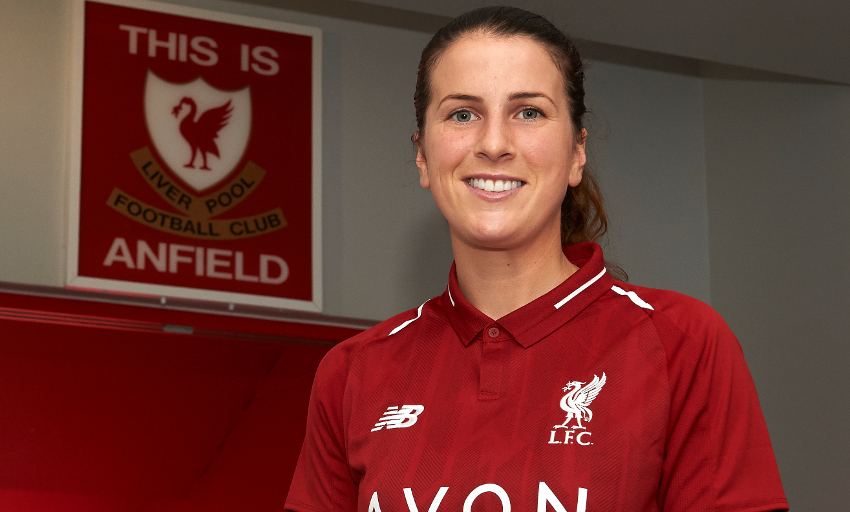 "This is a really important signing for the club as Niamh is a top-class footballer. She has won a number of trophies during her spells with Arsenal Women and Chelsea Women so her experience will be vital for us this season. I am really looking forward to working alongside Niamh." 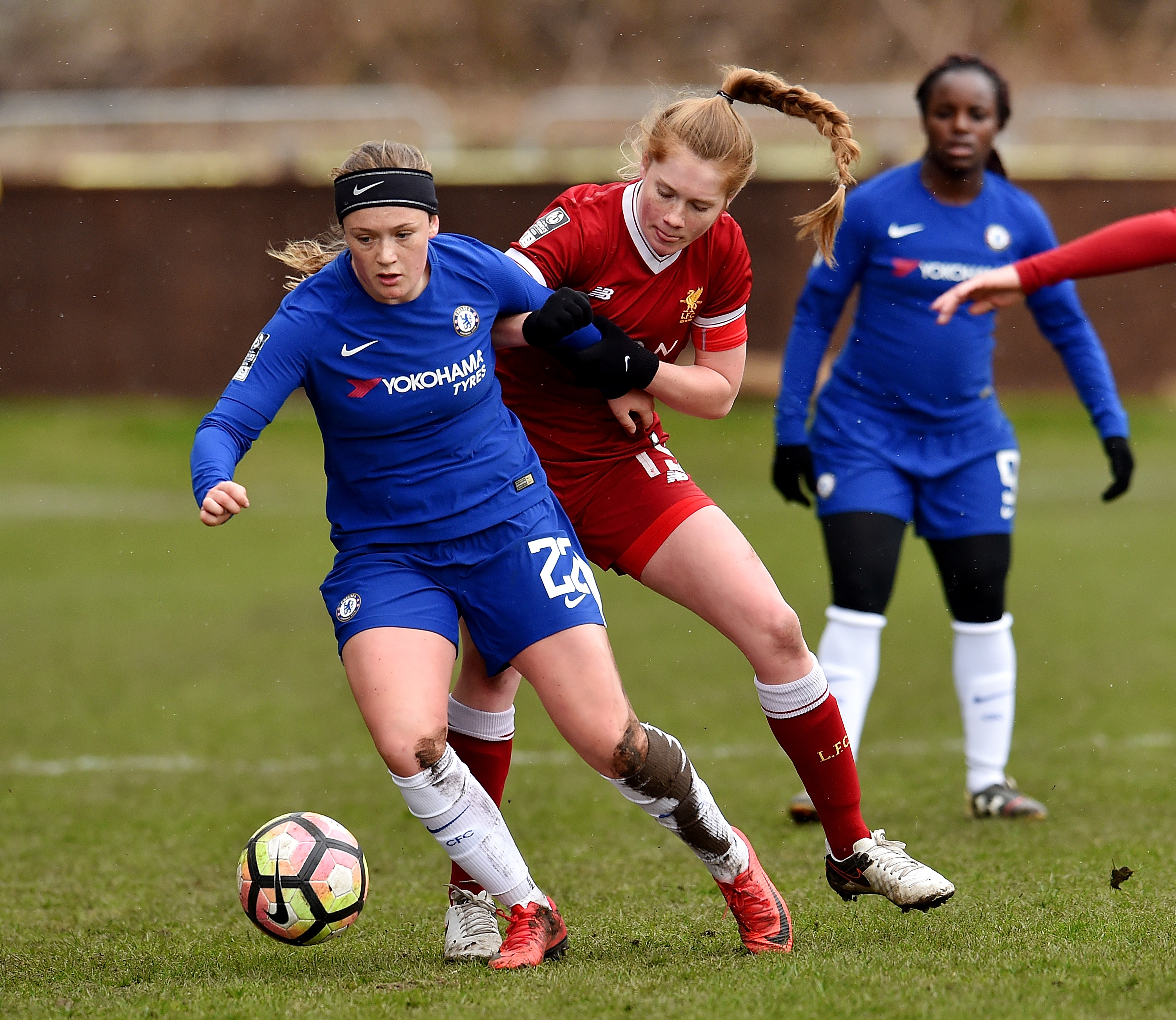 "Amy's done very well since I came in. She's had a meteoric rise really with the England age group teams and so on, Again, the bits I've seen in training suggest she's an exceptional talent with great ability and another one with a fantastic attitude who I think is revelling in the new environment." 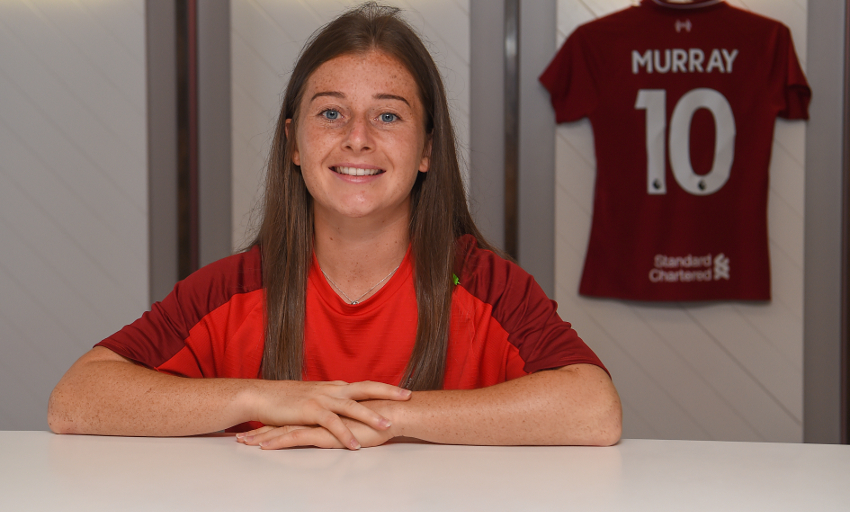 "Another really important signing for the club. She is a real goal threat as well as being technically excellent, so will add some creativity to the team. A dead-ball specialist. She also has the experience of playing in WSL1 before with Arsenal Women and Bristol City Women so I am confident that Christie will hit the ground running and become a real asset." 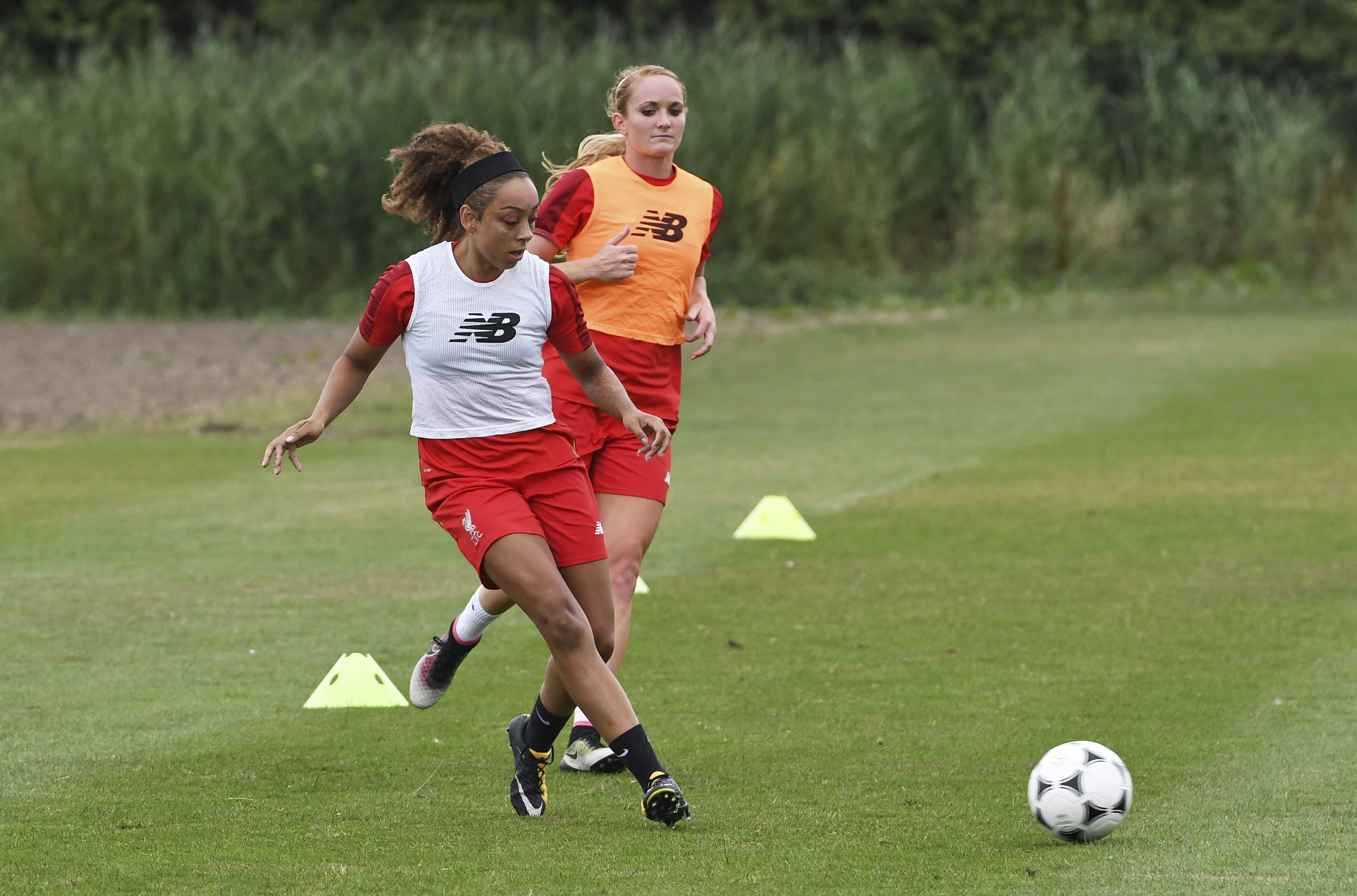 "She's a fantastic player who has been on the scene now for a long time. I think if we can get Jess in the right place, and I'm sure we can, then we've got a real top player and she's somebody that I'm going to lean on heavily next season." 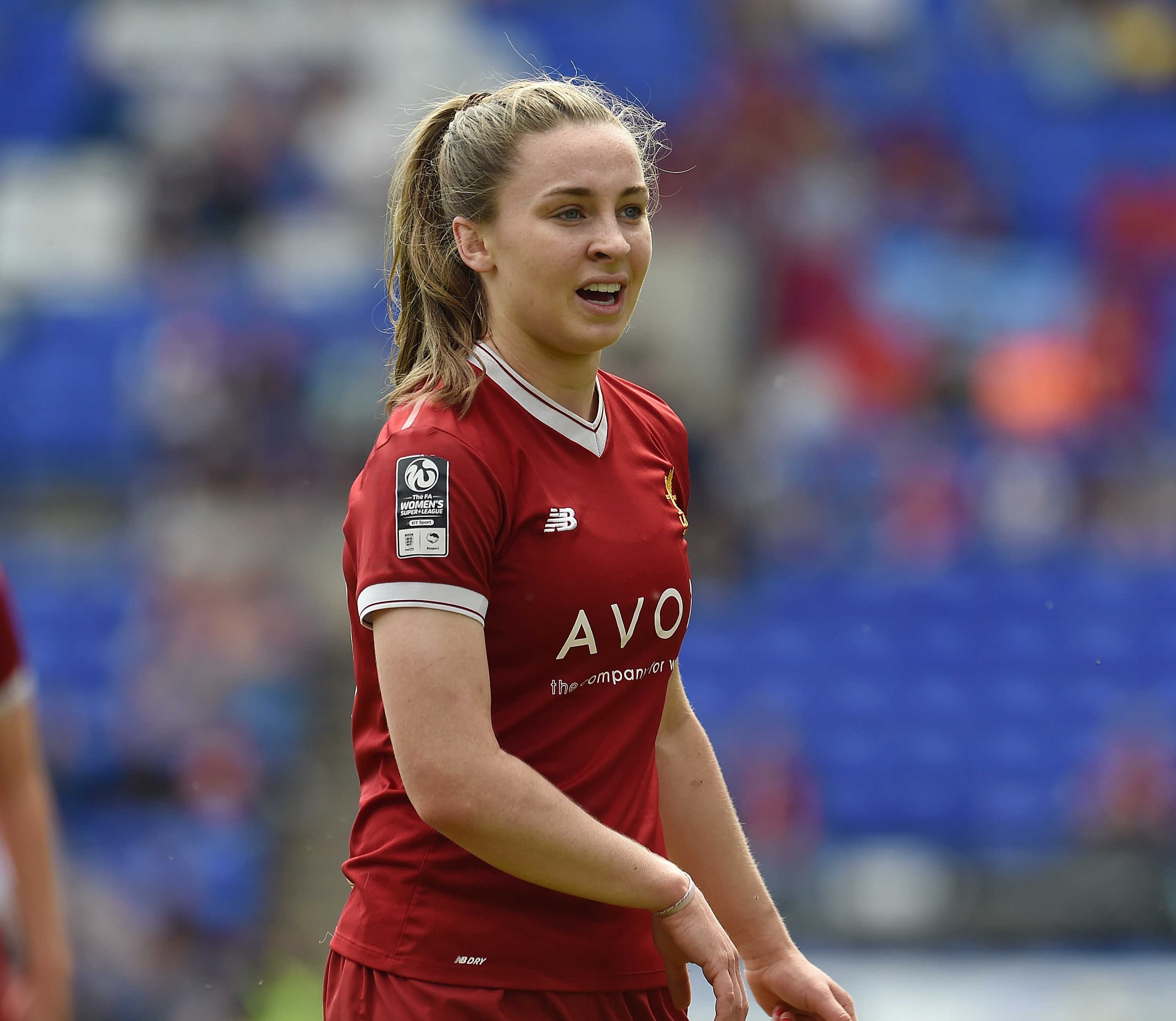 "What a talent. Wow! For such a young player she has such a mature outlook too. I'm really looking forward to working with Niamh. We're fortunate that we've got so many talented young players at the club and obviously my background is all about developing young players and giving them an opportunity so I'll do my all to get the best out of them." 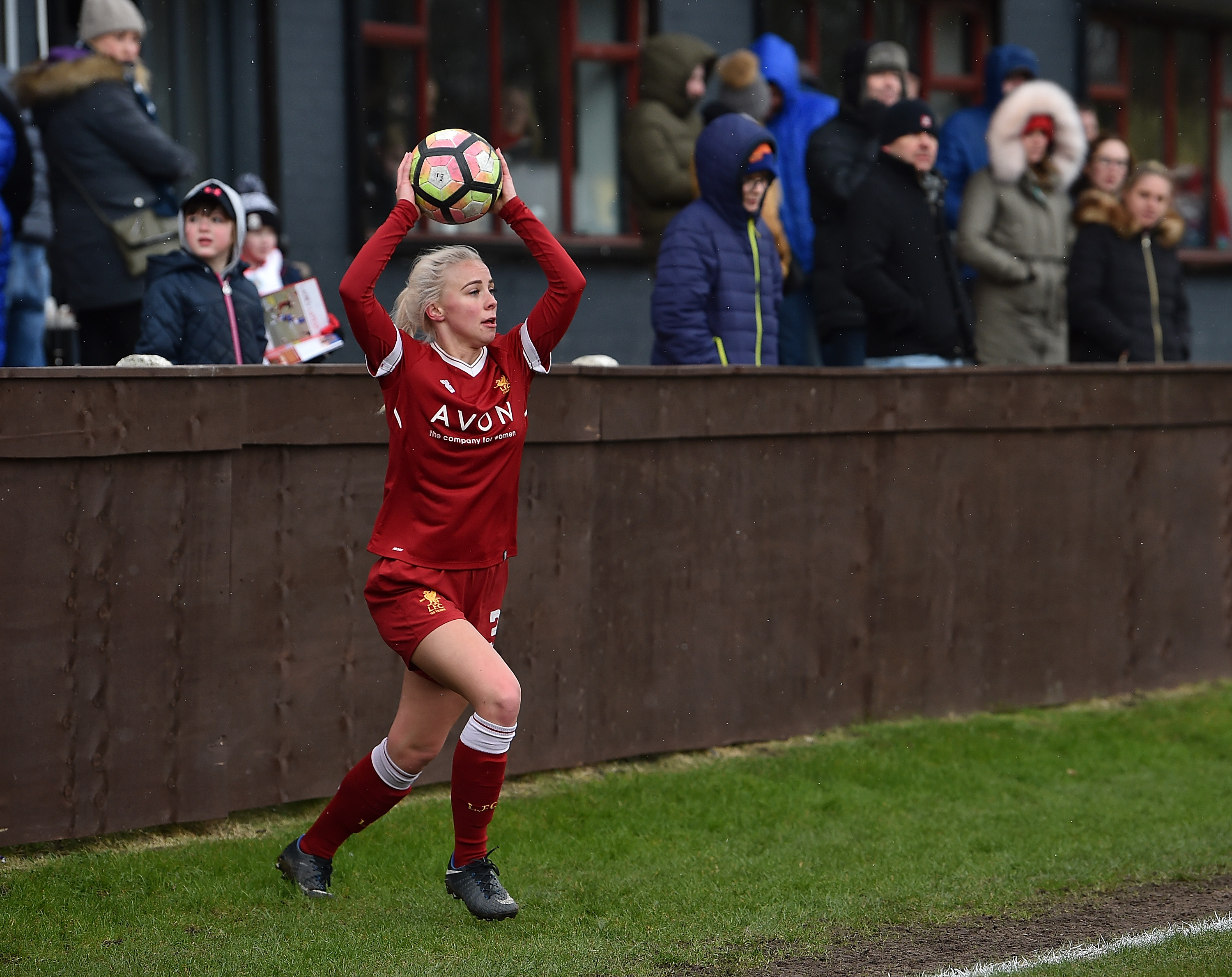 "She's injured at the minute but I've had two or three good chats with Ash and she's desperate to get back and get fit. Her rehab's going really well and she's a long way ahead of schedule so hopefully she'll be back sooner rather than later and we can develop her. She's so determined and I just know that when she comes back we can get her in a good place." 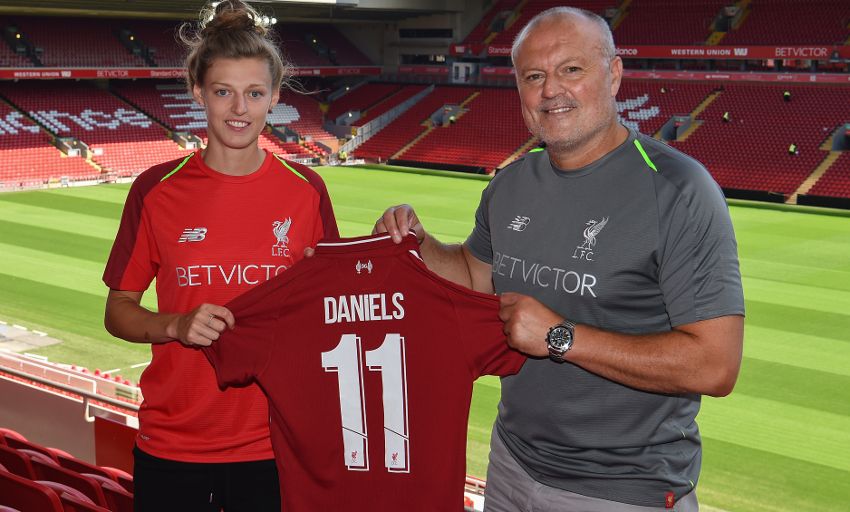 "Yana will give us more options in the final third and I am really confident that she will become a real fans' favourite. She is a hard-working winger whose versatility to also play up front gives us far more attacking options as we look to add more goals to the team." 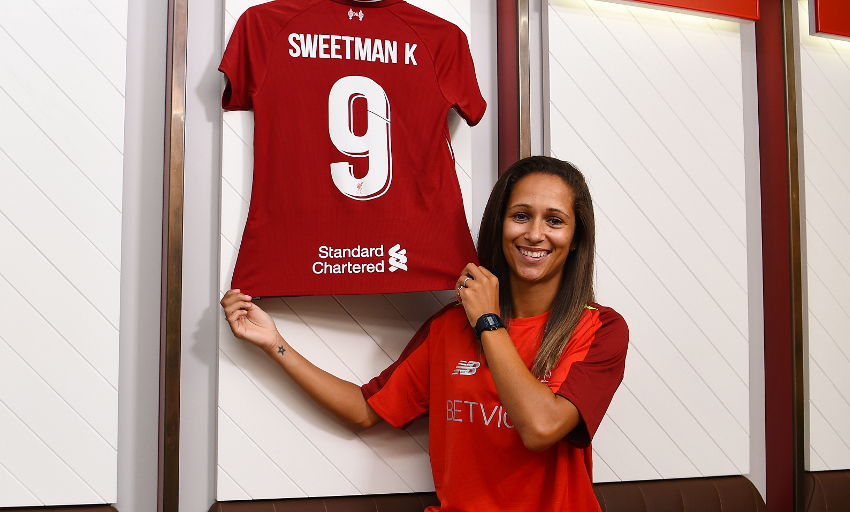 "Courtney is a proven goalscorer who will offer us a real goal threat for the new season. Courtney finished as Everton Ladies' top scorer last season as well as finishing FA WSL 2 top scorer the year before, which highlights what a quality striker she is." 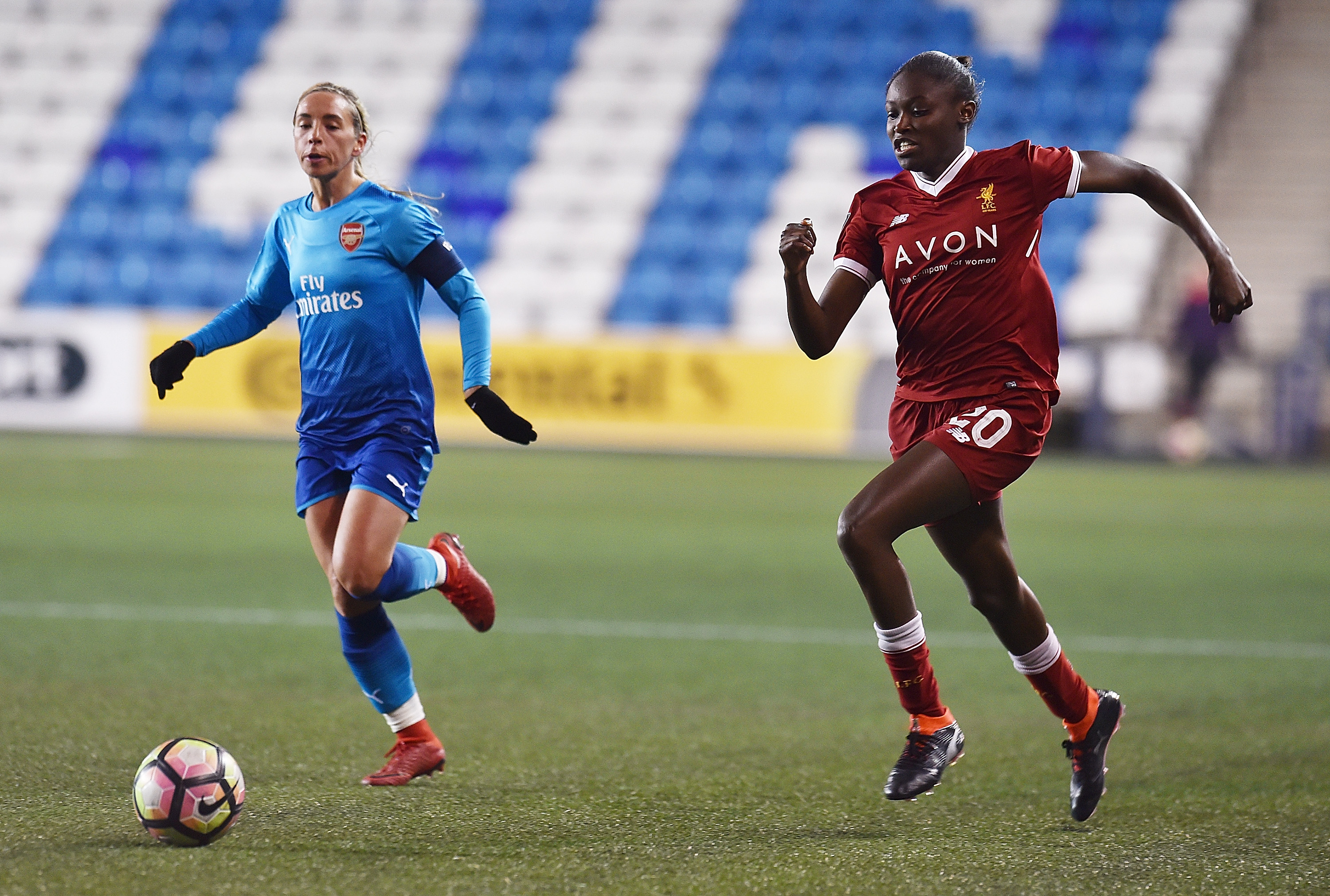 "A fantastic talent with blistering pace. She's unbelievably quick and again I'd like to open her mind to different things. We know she can play wide right and wide left, where she can come in off her right foot, but I'd like to look at her a little bit more centrally and see if she can affect things a little bit more. Again she is someone with great ability to get at opponents. She goes past players like they're not there but it's just about adding armoury to her game, such as her end product, and thinking more about her goal output. We'll get these weapons in her armoury and I think she'll be a real asset for us next season." 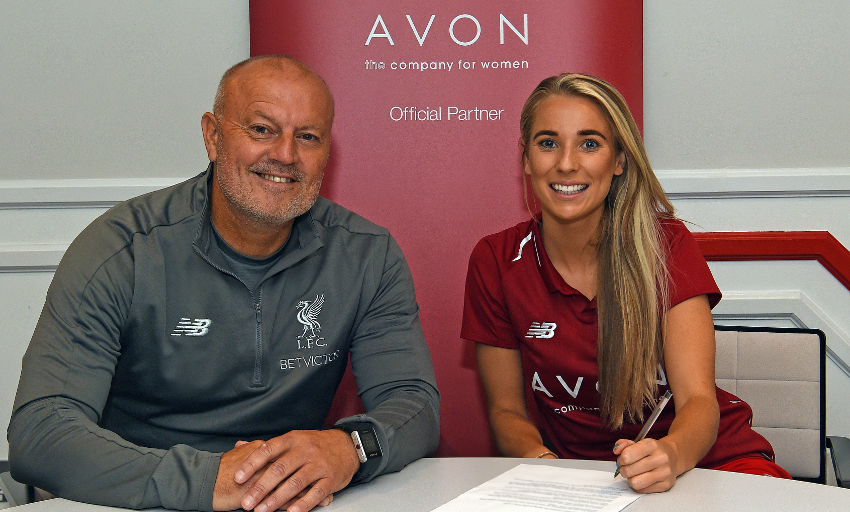 "Ideally I wanted four strikers for two spots because you've got to be able to change things from the bench at times. I think if you've got good competition there you can have a plan B and plan C when you are going after teams, and that's usually at the top end of the pitch so I think it's really important that we brought Kirsty in. She's another one that's got good experience at this level. She was fantastic at Birmingham City and did well at Reading, she knows where the back of the net is and she's a good girl too. She fits in with our philosophy of bringing in good people that want to get better." 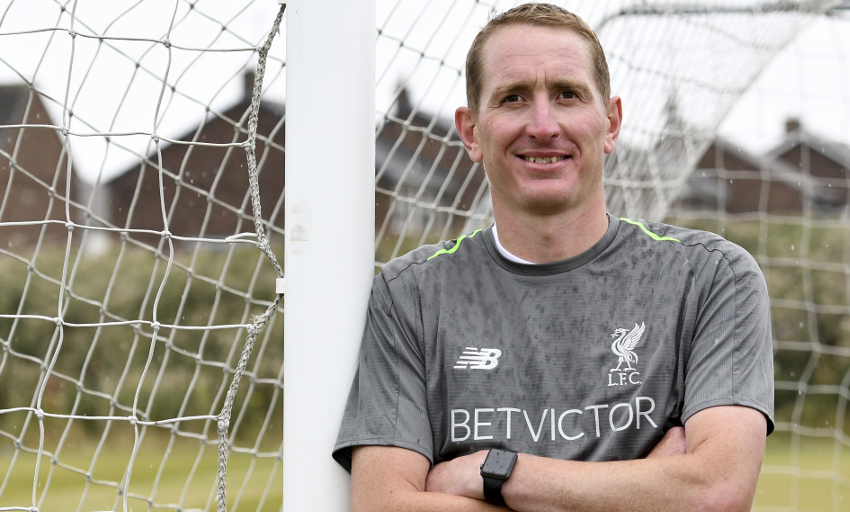 "Chris is an unbelievable appointment for the club. He's got history at Liverpool Football Club and had a fantastic career. He was an international goalkeeper and he's a real infectious character round the building. I'm really fortunate to have him and he will be important in helping the girls progress." 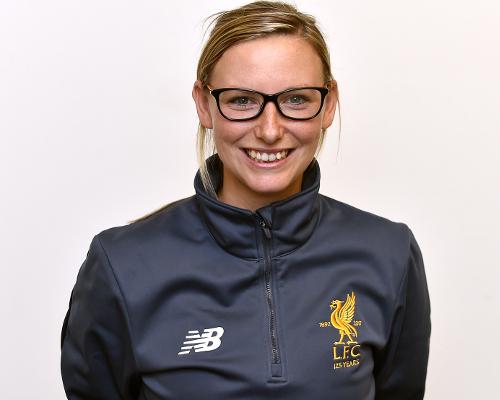 "Vicky used to be manager of the development squad. I did my background at the club and spoke to a lot of people who work at the FA and there's no doubt that Vicky is an outstanding coach. I also think it’s important that we get the balance right between men and women on the staff." 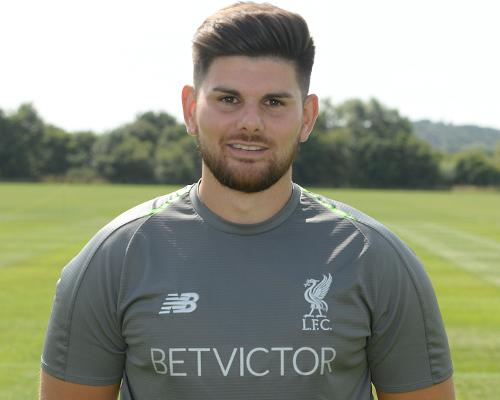 "I've kept Alan on from the existing staff. He's very thorough and very meticulous about his conditioning programmes and he's a really good kid too." 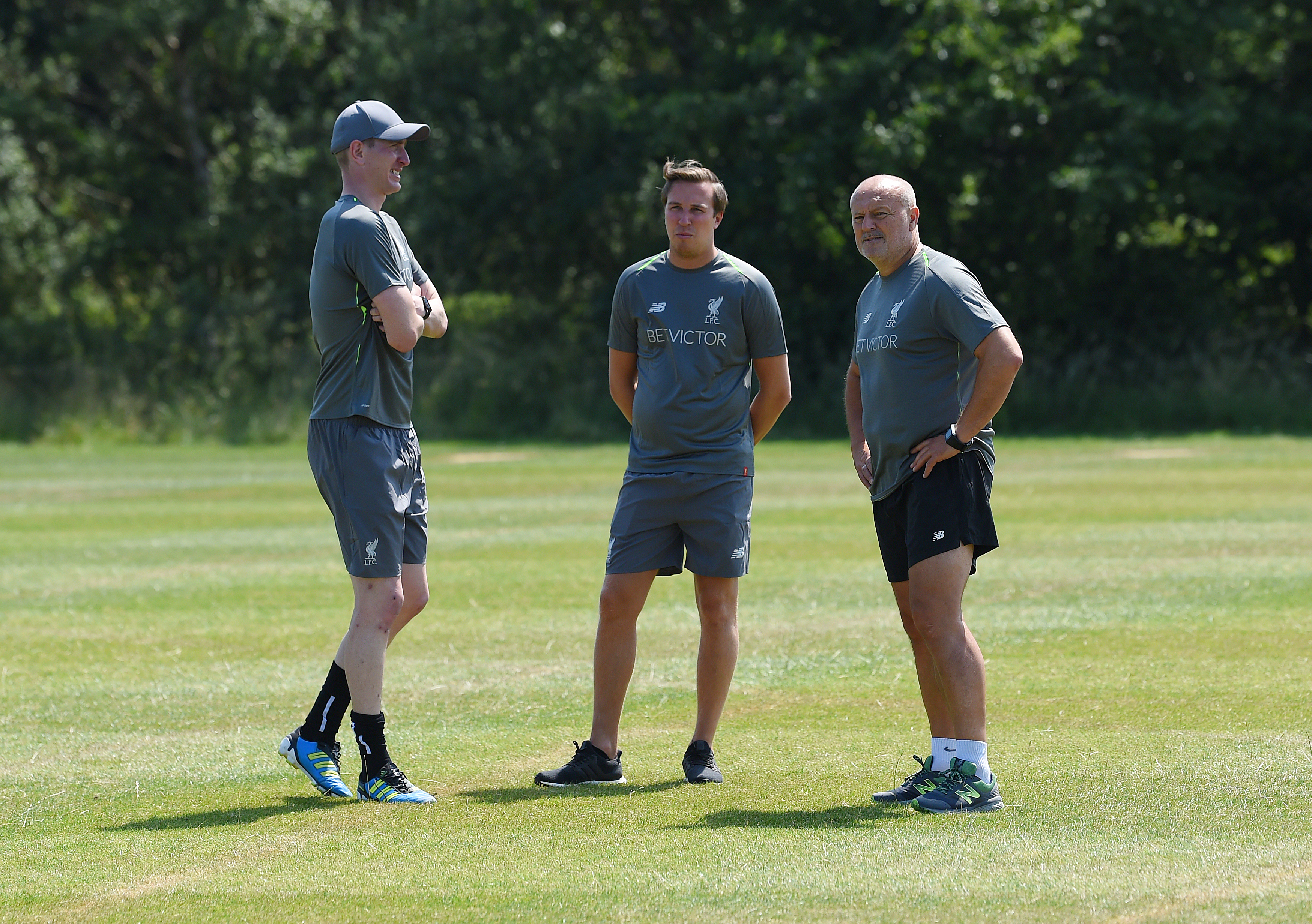 "It's the same situation with Jordan as with Alan. He's really helpful, really knowledgeable and a great analyst. What you need to do with young guys like Alan and Jordan is give them that little bit of scope and I think they'll revel in it. I'm really happy with my backroom staff."