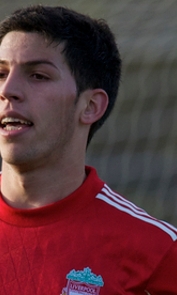 Dani Pacheco will today embark on what he describes as a 'massive summer' in his fledgling career.

The 20-year-old returned to Liverpool after a six-week break this weekend and will train alongside his teammates at Melwood today.

Pacheco is aiming to do everything possible to show Kenny Dalglish he can play a vital role in 2011-12 - but he will have to get a move on.

That's because the young Spaniard has been selected to represent his country in the U20 World Cup, which starts in Colombia on July 29.

Pacheco tweeted: "Back to Liverpool, training 4th till 15th and then National Team for u-20. Massive summer for myself.

"Time to give everything on the pitch."