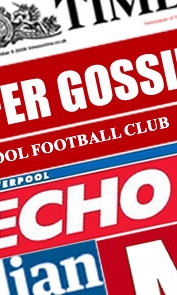 June may have been a quiet month on the pitch at Liverpool, but off it the rumour mill went into overdrive as a whole host of players from all four corners of the globe were linked with moves to Anfield in the press.

Here on Liverpoolfc.tv, we've been keeping tabs on all the speculation regarding players rumoured to be targets for Kenny Dalglish in our Transfer Gossip section of the website.

Of course, only Kenny and his staff know for sure which players are on his wanted list, but we've compiled a run down of the major names linked with Liverpool during June to keep you right up to date with the players allegedly interesting the Reds.

Scotland midfielder Adam has been strongly linked with a move to Liverpool since the turn of the year after an impressive campaign in the top flight with Blackpool.

Since April, Enrique has been heavily linked with a move to Anfield, however the Spaniard remains at Newcastle with manager Alan Pardew keen to keep hold of the left-back.

No relation to former Reds midfielder Momo, the French midfielder is also a reported target for Lyon, Newcastle and Inter Milan.

One of the best young centre-backs in the country, Cahill is rumoured to be set to leave the Reebok this summer. Arsenal, Liverpool, Manchester City and Tottenham are all said to be interested in the former Aston Villa defender.

Heavily tipped to join Liverpool in the press, the French winger eventually signed for Newcastle United on a free transfer.

Yann M'Vila was a reported target for the Reds back in January. It's alleged the Frenchman, dubbed the 'new Patrick Vieira', is still on the Liverpool radar.

First linked with a move to Anfield in March, the Barcelona man was again mentioned in connection with the Reds after he turned down a move to Italian club Udinese this summer.

Back in April it was reported that the Frenchman would be open to a move to the Premier League. Manchester United, Arsenal, Man City and Liverpool have since all been mentioned with a move for the ex-Porto player.

The Reds, Newcastle and Tottenham have all been mentioned with a swoop for the Ivorian. However, Arsenal appear to be in pole position to sign the player if reports are to be believed.

One of the star performers during their promotion to the Premier League, Taarabt was linked with all of the top Premier League sides including the Reds. Shortly after QPR's promotion the Moroccan reportedly suggested that he could be tempted by a move away from Loftus Road.

The Toulouse left-back has been linked with a move to the Premier-League all summer with Liverpool and Newcastle claimed to be his most likely destination. However French reports suggest that M'bengue is set for Marseille.

After months of speculation tipping the defender to move to Anfield, Birmingham's relegation added fuel to the rumours that Johnson was set for Merseyside.

Linked with a move to Anfield since the start of last season, he has since signed for Lille.

The talented French-based winger has been heavily tipped to move to either Liverpool or Arsenal this summer. Recently, though, his club Lille have said he's not for sale.

The Spanish winger has long been mentioned with a transfer to the Reds, however the World Cup winner has reportedly said he is 'not desperate' to leave his current club Valencia.

The Celtic left-back reportedly claimed he was 'flattered' in the interest being shown in him by Liverpool.

Reports in the press claimed that Newcastle would not be offering the midfielder a new contract, leaving Liverpool and Aston Villa to battle it out for the Scouse midfielder's signature.

The Congolese midfielder was rumoured to be interesting a host of European clubs earlier this summer, including Liverpool and Manchester United. 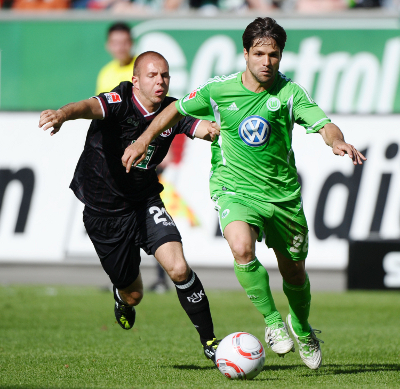 The Brazilian playmaker has recently spoken of his dream to one day play in the Premier League. The former Santos man has played for some of Europe's biggest clubs including Porto and Juventus.

The Portuguese left-back reportedly said he wanted to join Real Madrid, quashing rumours of a move to Liverpool. More recently, however, he has been linked to Chelsea.

The former Liverpool shot-stopper was tipped to return to Anfield this summer. However, the American ended up signing for Tottenham Hotspur on a free transfer.

Reports at the end of May suggested that Kenny Dalglish was keen to add the young Argentinean to his squad.

Despite being open to a move to a number of Premier League sides, the Belgian international's father allegedly claimed that it would be his son's dream to play for Arsenal.

The Ghanaian winger was believed to be a target for the Reds and also German giants Bayern Munich.

The Reds were linked with the tenacious Sunderland midfielder towards the end of last season.

The Scottish midfielder has impressed for the Latics and is an alleged Liverpool target. The former Hamilton Academicals man reportedly told the Latics that he had his heart set on a move to Anfield.

After Monaco's relegation from Ligue 1, the Cameroon striker became a supposed target for Kenny Dalglish's side.

The impressive winger has claimed he is happy at the Hawthorns despite reported interest from Liverpool and their Merseyside rivals Everton. 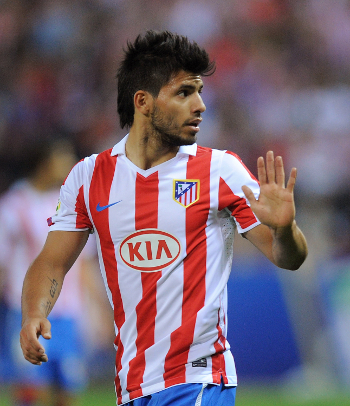 Reports suggested that the young Argentine was keen on a move to Juventus and most of Europe's top sides have been credited as having an interest.

The Aston Villa winger was said to be one of Kenny Dalglish's major summer targets. However the former Watford man recently signed a five-year deal with Manchester United for an undisclosed fee.

The Colombian defender was linked with a move to England at the start of June, however more recent reports claim that he is set to join Spanish side Villarreal.

Both Spurs and Liverpool were reportedly after the Madrid winger this summer but a deal looks unlikely after the Spaniard said he wanted to stay at the Bernabeu and fight for his place.

One of the Hammers' best players last season, interest from Liverpool and Tottenham has been mentioned in the press.

After an impressive season for Everton, the Reds were reportedly ready to test the Toffees resolves with a £10m bid. The left-back has also caught the eye of both Man City and Arsenal, according to reports.

The forward has been mentioned alongside both Liverpool and Arsenal amid claims it is likely that he'll depart the Nou Camp this summer.

The ex-Newcastle star has been heavily tipped to move away from the DW Stadium this summer. Liverpool, Everton, Arsenal and Sunderland are all reportedly keen to sign the tricky winger.

The Reds were linked with an £8million move for the Chelsea winger after rumours surfaced that the Frenchman was frustrated at not being offered a new contract by the London club.

The ex-Chelsea and Arsenal midfielder allegedly claimed if he was to leave Real Madrid he would look for a move back to the Premier League.

The Osasuna left-back was a reported Liverpool target but ended up signing for Malaga in early June.

The young starlet is said to have attracted many admiring glances from a host of Premier League sides including the Reds, although he has now signed for Sunderland.

The Brazilian goalkeeper was reportedly set to come to Anfield to act as cover for Pepe Reina.

The Liverpool-born centre back was one of Birmingham's star performers last season despite the club suffering relegation to the Championship. Stoke City and the Reds have been heavily linked with the player.

Having impressed for Blackburn Rovers the youngster was linked with a £22m move to Anfield. However, on 13 June, the defender moved to Manchester United for an undisclosed fee.

Reports suggest the Croatian defender is wanted by Kenny Dalglish.

The former Middlesbrough winger is reportedly keen on a move to Anfield although his current employers Aston Villa are said to be reluctant to sell.

The Frenchman's contract runs out at the Emirates next summer and is the subject of reported interest from Liverpool and more recently Paris Saint-Germain.

The un-capped Argentine defender was reportedly interesting both Liverpool and Aston Villa earlier this summer. Catania chairman Lo Monaco also stated that Villarreal were keen on his club captain.

Reportedly growing frustrated in Moscow, the Japanese international was linked with both Liverpool and Arsenal. Italian giants Juventus are also said to be keen to sign the player who impressed at last year's World Cup finals.

Heavily mentioned with a move to Arsenal, the Southampton youngster was said to be interesting Liverpool also.

First rumoured with a move to Anfield during the January transfer window, the Algerian starlet has allegedly claimed the Reds have been in touch for his services this summer.

It has been claimed in the press Pepe Reina suggested to manager Kenny Dalglish that the Spanish winger would be a good signing for the club.

Subotic was reportedly being courted by the Reds, however the Serbian defender said that he had no intention of leaving the newly-crowned Bundesliga Champions.

A product of the famous Ajax youth set-up, the Dutch left-back was linked to a host of English clubs and it was reported during mid June that Liverpool were the favourites to land his signature.

A Liverpool target for some time according to the press, Hamburg are thought to be keen to keep the Dutch winger on their books.

Recently-relegated Monaco have reportedly told the South Korea captain they will not stand in his way if he wishes to leave the club. It is claimed his preferred destination is Liverpool whilst Tottenham, Rennes and Paris Saint Germain remain interested.

Much like teammate Doni, the goalkeeper was reportedly a transfer target for the Reds to act as Pepe Reina's understudy.

The 22-year old winger was linked to both Tottenham and Liverpool. According to the players' agent, Bremen received bids from the two clubs regarding the German midfielder but both offers were rebuffed.

The Italian striker was linked with a move away from the San Siro earlier in the summer and Liverpool were believed to have a close eye on the former Roma attacker.

The Argentine midfielder is said to be surplus to requirements at the Bernabeu and interesting teams in the Premier League.

Kenny Dalglish has been linked with a move for the French striker in a bid to improve his frontline.

Crystal Palace could look to cash in on their Ivorian-born striker, according to press reports, and it's claimed a host of clubs including Liverpool, West Brom and Stoke have cast a watchful eye over young Zaha.

The former Leeds winger was recently said to be the subject of interest from Anfield and is seen as somebody who can create countless chances for Liverpool strike pair, Suarez and Carroll.

It was reported that Liverpool may look to the former Chelsea left-back to bolster their defensive ranks.

It was recently claimed England international Milner is interesting both Liverpool and former club Aston Villa.

Most rumours will come to nothing, but there's nothing football fans like more than discussing the day's gossip - so make sure you log on to the Transfer Gossip section of Liverpoolfc.tv every day for the latest speculation.

And, of course, if any deals are concluded throughout the summer, we'll have first news here on Liverpoolfc.tv.