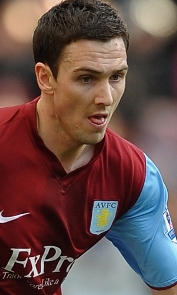 How much do you know about our new boy? Liverpoolfc.tv attempts to bring you up to speed with 10 interesting facts...

Stewart Downing was born in Middlesbrough on July 22, 1984.

He joined Middlesbrough as a schoolboy and made his first-team debut for the club on April 24, 2002 in a Premier League match at Ipswich Town.

After nine appearances for 'Boro, Downing was sent out on loan to fellow North-East club Sunderland in 2003, where he scored an impressive three goals in seven appearances. When he returned to Middlesbrough, he broke into the first team, going on to make a total of 206 appearances (scoring 22 goals) before leaving to join Aston Villa in the summer of 2009.

His Villa career spanned two years, during which time he tallied 75 appearances and scored eight goals. 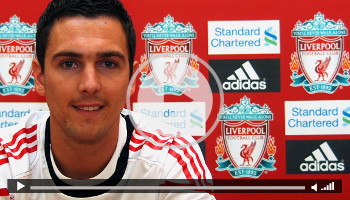 His last appearance for the club was against Liverpool on the final day of 2010-11, a game in which he scored the only goal to help Villa to a 1-0 win.

The 26-year-old made his England debut on March 9, 2005 in a friendly v Holland at Villa Park, coming on as a second-half substitute for Shaun Wright-Phillips. He currently has 27 caps for England.

Downing has been involved in several charitable and community projects outside his playing career. He supports the nationwide 'No Messin' campaign along with freestyler Colin Nell and boxer Amir Khan, warning youngsters against playing on the railway lines. He held a charity dinner with special guest boxer Ricky Hatton to raise funds for the Royal Victoria Infirmary in Newcastle-Upon-Tyne in February 2008. The hospital had cared for Vicky, Stewart's sister, who died of leukaemia in 1993 at the age of four.

When he was a kid, Downing's dad used to take him to training on his bike.

During his spare time, the wide man likes to DJ - demonstrating his skills in Ibiza among other places.