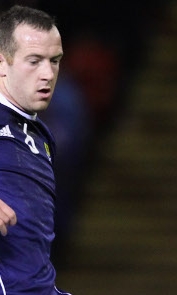 Here are 10 great facts about our new boy...

1. Adam comes from a family of footballers. His father was a professional with Dundee United among other clubs while younger brother Grant is a goalkeeper at Glasgow Rangers.

2. The Dundonian began his career at Rangers and made his first-team bow in the 2003-04 campaign before a loan spell at Ross County, where he hit the headlines by scoring from inside his own half against St Mirren.

3. The Saints were so impressed they took him on loan themselves. Adam then returned to Ibrox in the summer of 2006 and was handed his opportunity to shine by gaffer Paul Le Guen. He admits to changing his diet on the advice of the Frenchman. "I'd never really thought of eating salads before," he said during an interview in 2010.

4. Adam rewarded his gaffer by hitting double figures and winning Rangers' Young Player of the Year. He also secured his first international cap for Scotland in a friendly with Austria in May 2007.

5. After struggling for regular senior action in 2008-09 the midfielder moved south of the border to join Blackpool on loan. But his Seasiders' debut ended in acrimony as he was sent off in a 3-2 reversal against Doncaster. Nonetheless, he would soon find his feet at Bloomfield Road and his loan deal was made permanent that summer for a cut-price £500,000.

6. Adam scored 19 goals in helping his new club gain promotion and his stock continued to rise in the top flight as Blackpool took the Premier League by storm. The pass master kept his nerve to net a penalty in front of the Kop as the Seasiders clinched a 2-1 success over Liverpool in October 2010. The Scot later selected the double victories over Liverpool as his highlight of 2010-11. 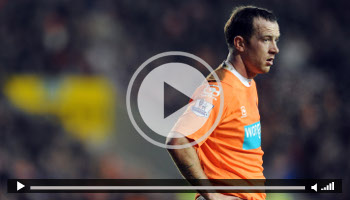 7. His form saw him nominated for the PFA Player of the Season accolade - but his own vote went to Scott Parker.

9. Despite his success, he remains grounded. Like all Blackpool players, Adam washed his own kit last season. Well, his partner's mum did. "I'll be taking it home tonight and bunging it in the machine at 30 degrees so I can wear it again the morn," he told a reporter in August. "Well, my fiancee Sophie washes my stuff now. Actually, even that's not true: her mum does it."

10. Adam is on Twitter under the name @Charlie26Adam and has more than 110,000 followers. That might sound impressive but he has a way to go to catch Lucas and Glen Johnson around the 200,000 mark.