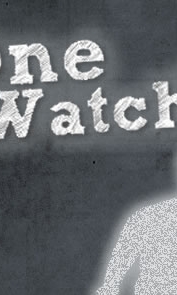 One to watch: Andre Wisdom

Continuing our One to Watch for 2011-12 feature this week on .tv, Anfield legend David Fairclough tells us why he is tipping a young midfielder to make an impression on the first team in the coming year.

The midfielder enjoyed a fruitful 2010-11 campaign, which included being named on the first-team bench for the 5-0 demolition of Birmingham City at Anfield. He also travelled with Kenny Dalglish's squad for the Europa League trip to Sparta Prague.

Click here to read Conor's views on Borrell, silverware and a week in the Caribbean sun>>

Coady operates in a holding-midfield role for the U18s, but many experts have predicted he will end up as a centre-back. 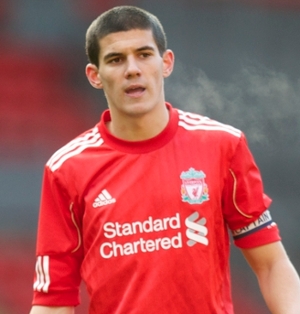 David says: Conor is someone who threatened to make the breakthrough into the first team in 2010-11 and being named on the bench against Sparta Prague and Birmingham, and also involved in the European squads, is a clear sign he is obviously doing the right things.

He had a good year with the U18s and the reserves, and the experience he picked up will stand him in good stead.

Without being unfair to Conor, I don't think he is outstanding at any one particular thing, but he's a good all rounded footballer with a tremendous attitude and sense of leadership, which is why he is the captain of our youth team and also England's.

He has earned that respect from his colleagues and the experience of going through highs and lows as skipper could well play a part in seeing him force his way into Kenny's thoughts.

See who Claire Rourke is tipping to make an impact>>

Click the image below to watch Conor's Euro diary 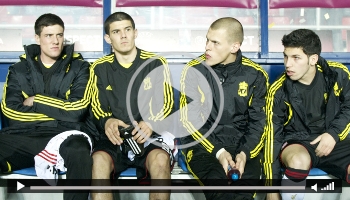