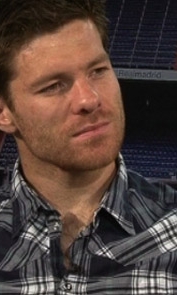 654 days since his emotional leaving of Liverpool - and six years on from the glory of Istanbul, Xabi Alonso has a story to tell. 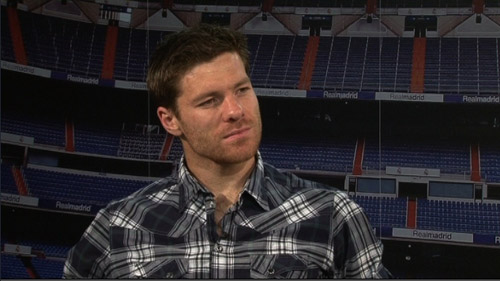 After arriving into a private room deep inside the impressive Real Madrid training complex at Valdebebas, Alonso answered the question of his own press officer when we were asked if 20 minutes would be long enough to conduct this interview.

"No, they can have as long as they need," said the Spaniard, before settling down to open his heart about the triumphs and the torment of his Anfield career in his most in-depth interview - soon to be screened in full on LFC TV - since swapping Merseyside for Madrid.

But the way it all came to an end left something of a bad taste in the mouth.

Fans all over the world were left devastated when the deal to take Alonso to Madrid - a deal which had been on the cards for 12 months after then manager Rafael Benitez confirmed his interest in pursuing the signing of Gareth Barry in the transfer market - finally went through in the summer of 2009.

Suddenly the club's midfield playmaker had gone; the man who made it all happen in the centre of the field and the man who had driven Liverpool to within touching distance of the league title with a record number of points.

Surely he would want to stay and help the Reds take that next, big, elusive step? We had gone so close - why did he have to end his Liverpool love affair now?

The truth can be found by rewinding 12 months when the manager dropped an end of season bombshell on his Spanish star. 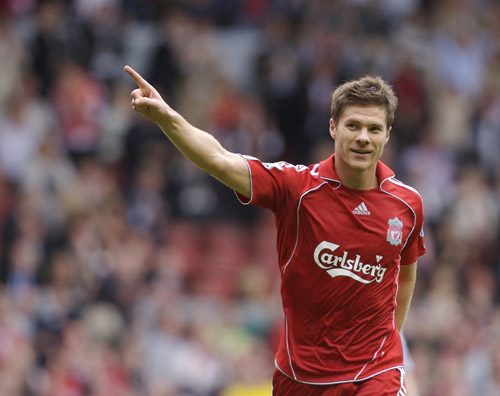 "At the end of that season, speaking to Rafa, he told me the situation and that he wanted to sign other players and I could be one of the replacements," he explained. "If an offer would have come, probably I would have been sold. That's when I told myself that the situation had changed - from being a very important player to being one of those who can be sold to get funds to sign other players. I accepted it because I am a professional but you have to realise what your situation is. At the end nothing happened because there was no agreement and we started my last season in Liverpool, but knowing what had happened.

"I had to take it from their point of view. We knew what had happened and once we knew I was going to stay, if the manager was going to pick me then I was going to play as well as possible. There were no personal problems, it was a professional relationship.

"I didn't feel I had a point to prove. I knew what I was capable of giving to the team and what I had given for the four years - and then the last one. In the last one the team was really good, we were winning so many games, beating the top teams home and away and that made a big difference. Because of the silly draws we got at home at the beginning of the season, that's probably why we didn't win the Premier League. We felt we had a very good team, we were very competitive and it was a disappointment not to win the league.

"I didn't know what would happen but at the end of the season, knowing what had happened, I felt if another option was to come I needed to take another step in my career. It was very difficult to take that decision, but it was probably for the best for me because I was not comfortable with that situation and if I had stayed another season it would have been uncomfortable for me.

"I was really happy with the team and my teammates and felt that we could do great things. I was happy on that side but within a club you have to see the big picture and another season would have been too much for me.

"As soon as the season finished I talked to the manager. I knew that maybe Madrid were coming and I said if the terms were good then I wanted to leave." 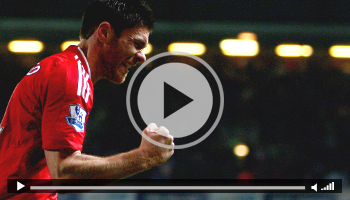 Alonso may now wear the white of Real Madrid but throughout our chat it's clear the red of Liverpool still has an extra special place in his heart.

Before the camera started rolling on our interview, he was keen to hear about the latest news from Anfield and Melwood, about what the atmosphere is like at the training ground and about the general feeling around the club at the end of another season.

His last visit to Anfield was for a game in December during the closing weeks of Roy Hodgson's reign and he remarked of getting a strong sense that all was not well. He was clearly pleased when reassured the club today is vastly different to how it was just a few short months ago.

While talking through the ups and downs of his five years on Merseyside it's clear one date and one night in particular still brings out a bigger smile than any other. 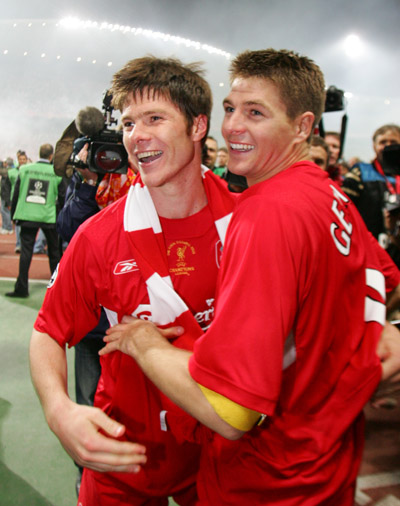 May 25, 2005. Istanbul. The Champions League final. It may have been six years ago today but for Xabi, and most probably for everyone else glued to their TV sets or inside the Ataturk Stadium on that famous night, the memories come flooding back as though it all happened yesterday.

"To lift that trophy in the first season was a dream come true," he recalls. "We were lucky to live so many big nights on the way to Istanbul, like Olympiacos, Chelsea, Juventus - those were fantastic nights and it was the perfect start for many of us.

"It was a crazy night because we were so enthusiastic before the game but the first half was really tough and really difficult to take, but the team spirit was high and we kept believing, even when it was mission impossible. But we made it and in six minutes scored three goals against a top team like Milan with so much experience. It was a miracle. After scoring the third goal you had the feeling our name was written on the trophy.

"Look at the pictures and my face tells everything before taking that penalty. The responsibility, the tense look. It was more than nerves, it was about the responsibility. It was one of the biggest moments of my career. I missed it but got the reward and it was probably the quickest five metres I have ever run.

"It was unbelievable afterwards. After so many years, bringing Liverpool back to where they deserved to be - you could see the faces and the happiness of the people around Liverpool and wherever we went. Sharing those moments with them was fantastic and totally unforgettable.

"It is a final in the memory of all football supporters. They have it in their mind, it was the greatest comeback ever, so wherever I go they have that memory."

Stay tuned to Liverpoolfc.tv and LFC TV for much more from our chat with Xabi Alonso, including:

* How the fans made it difficult for him to leave

* Why he misses Stevie G and Carra

* His respect for 'King Kenny'

* His new life in Madrid

* His love for Liverpool FC

* The future - and whether he may ever return

It's a world exclusive interview with one of our modern day greats - and it's coming soon to LFC TV.