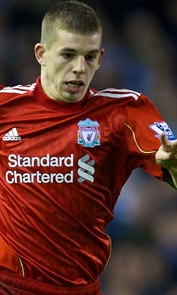 John Flanagan today spoke of his pride at being named Liverpool's best reserve-team player of 2010-11.

The right-back held off competition from the likes of Suso, Jack Robinson, Andre Wisdom and Daniel Pacheco to claim the award, as voted by the fans in an exclusive poll on this website. 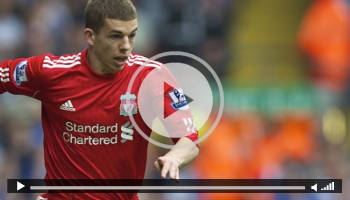 Flanagan picked up 41 per cent of the vote to finish ahead of Suso (30 per cent) and Pacheco (eight per cent).

Speaking exclusively to Liverpoolfc.tv, Flanagan said: "First of all I would like to thank all the supporters because it is special having them vote for me, especially with me being a local lad.

"It's been a fantastic season for me and the fans are always brilliant with me.

"I would also like to thank Frank McParland, Rodolfo Borrell and Pep Segura at the Academy and our former reserve-team boss John McMahon. They have all been a big help for me."

After being nurtured at the Academy in Kirkby, Flanagan was given his first-team debut by Kenny Dalglish against big spenders Manchester City on April 11 at Anfield.

In what was seen by many as the best debut by a full-back since Rob Jones's display at Old Trafford in 1991, Flanagan played his part as the Reds won 3-0.

He was assured and confident - and such was the level of his performance that he remained in the starting XI for the rest of 2010-11.

He also picked up a Golden Samba, which was presented to him by Red All Over the Land after our final home game of the campaign against Tottenham Hotspur. 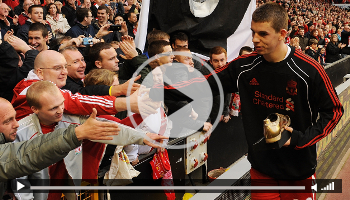 Flanagan is currently with the England squad preparing for the UEFA European U19s Championships Elite Qualifying Round Group 2, which takes place in Switzerland between May 31- June 5.

The opening game is against Montenegro on Tuesday, May 5, followed by matches against Switzerland (June 2) and Spain (June 5).

He added: "At the start of the season I was enjoying playing regular football in the reserves and to then end up in the first team was just amazing.

"The manager Kenny Dalglish has been absolutely brilliant and shown a lot of faith in me. It is a pleasure and a privilege for me to play for him and this football club and I will keep working hard in the future.

"I would also like to thank Jamie Carragher, who has been a big help for me. He always talks to you during the game and is a big inspiration to me."