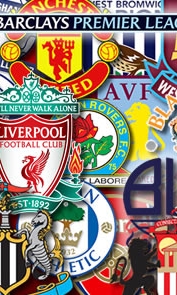 Everyone knows league position is all that really matters at the end of any season - but here at Liverpoolfc.tv we've compiled some other interesting Barclays Premier League stats from 2010-11 including which players got most assists, fouls and bookings.

Liverpool finished ninth in the disciplinary table with 64 yellow and two red cards. Blackpool had the best record with officials after collecting just 47 yellows and two reds. Man City found themselves in referees' books most often with 74 yellows and five reds.

Roberto Mancini can at least console himself with the fact his side collected 18 clean sheets, more than anyone else. Liverpool kept 14 while West Brom managed the fewest - just two.

Martin Skrtel was our most booked player with eight yellows, followed by Lucas on seven. Around the league, Cheik Tiote of Newcastle led this particular chart with 14 cautions.

The Reds have two representatives among the Premier League's 10 shortest players with Dani Pacheco and Jay Spearing on 168cm - three inches taller than the most vertically challenged of them all, Aaron Lennon. Meanwhile, Soto Kyrgiakos is our tallest player at 193cm, placing him in joint 22nd. Nikola Zigic edges out Peter Crouch for the title of tallest player.

Liverpool were the fourth youngest club in this season's top flight at 119-years-old. Wigan were the youngest at 79 years, while Stoke were the grandfathers of the division at an incredible 148 years.

If results were decided at half-time, Blackburn would have finished fourth. Manchester United would still have won the league and Liverpool would remain in sixth - but Wigan, Stoke and West Brom would all have been relegated.

Liverpool scored an average of 1.55 goals per game - the fifth highest in the division. Manchester United (two) and Birmingham (0.97) top and tail the table.

All information was obtained from official Premier League statistics.