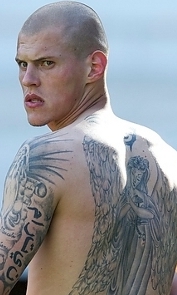 Martin Skrtel has revealed how a motto emblazoned in Latin on his chest inspired him in achieving a remarkable record of playing in every minute of every Barclays Premier League game this season.

They were on show after our 1-0 final day defeat to Aston Villa - the 38th game which Skrtel has completed in its entirety this term.

Leighton Baines of Everton is the only other outfield player in English football's top tier who can make such a boast after 2010-11.

"I'm proud of the achievement," Skrtel said. "My job is to protect the goal, with blocks, tackles, whatever it takes. If you have to do a hard tackle to help your team, you don't think about it.

"Small injuries are part of football. If the pain is not really big, and you can run, you can still play.

"Veni, vidi, vici is my philosophy. I liked it the first time I read it, what it means. You have to fight and go for victory. I had it tattooed last season after I broke my foot. I went back to Slovakia and had the tattoo while I was watching Liverpool play Manchester United on the TV.

"Obviously the fact that I was the most capped player in Premier League makes me very happy and very proud but our success is much more important to me.

"On the other hand I wouldn't reach this without the support of our great fans. I would really like to thank them for their support. They are always tremendous." 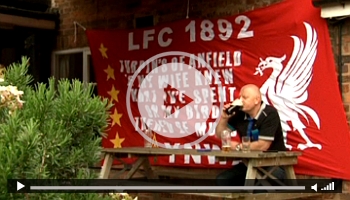