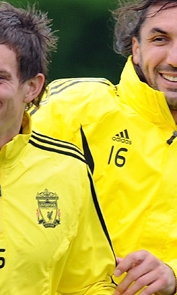 Daniel Agger is set to auction off a whole host of autographed football and sporting memorabilia next month at a charity gala to raise money for Danish soldiers who have been injured in Afghanistan.

The Liverpool defender will put up a collection of signed match-worn jerseys, boots and gloves from both current and former Reds, as well as other players within the game.

Some of the items on offer include an Agger Liverpool shirt signed by the entire squad, Steven Gerrard's boots, Pepe Reina's gloves, a Brazil shirt worn by Lucas Leiva, and a replica 1986 FA Cup final jersey autographed by Kenny Dalglish.

Other objects up for auction are world Tennis No.1 Caroline Wozniacki's racket and the boots of Danish boxer Mikkel Kessler.

The star-studded event, which has been organised by Agger himself, will take place at the Tivoli Hotel and Congress Centre in Copenhagen on Saturday, June 4.

All funds raised will be donated towards Soldaterlegatet - a Danish charity formed to help soldiers wounded in conflict, similar to the UK's Help for Heroes.

It's an organisation close to the heart of Liverpool's No.5 and he's hoping Reds fans can attend the occasion and lend their support to the cause.

He said: "There is so much focus on the soldiers when they're leaving Denmark and going to war, but not so much when they come back.

"There have been so many incidents in Denmark where politicians and the media have put all their attention towards the soldiers going away, but then you see some of them coming back having lost a limb or with mental health issues.

"I always wanted to be a soldier and go into the army, so I thought if I could do something to raise awareness and focus on the soldiers coming back it would be well worth it.

"That's why I decided to go for an event like this. But this is not a single event - it's only the first of many I am planning to do. I want to keep going and try to make life easier for the soldiers coming back." 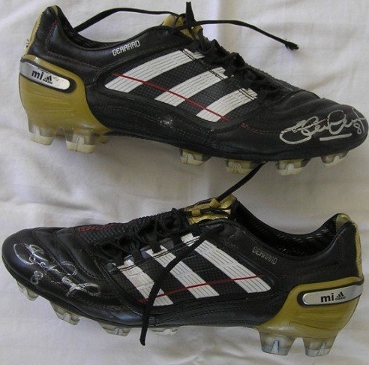 The gala, which will begin at 1.30pm local time and run until past midnight, will consist of a three-course meal, entertainment, a live screening of the Danish national team's match against Iceland, and a Q&A and autograph session with Agger.

Three separate auctions will be interspersed throughout the day.

Agger said: "There are all sorts of items up for auction from current and former Liverpool players, foreign players and I've even got a shirt from Sami Hyypia.

"I have about 35 to 40 items to sell up to now. They're mostly football-related, but I have a few other things too.

"Tennis' world No.1 Caroline Wozniacki has given me her racket to auction, while the Danish boxer Mikkel Kessler has supplied me with his boots." 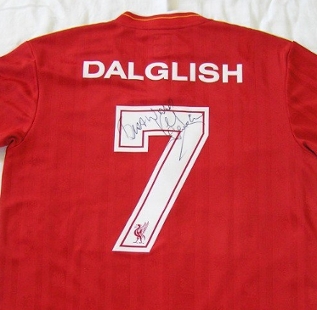 Alternatively, fans seeking further information, updates and also wishing to see photographs of the items up for auction can visit the official Facebook page for Daniel Agger's Foundation for Soldiers by clicking here>>

"It will be mainly Danish people of course, but I know some Swedish and Norwegian people are coming - and now I hope a few Liverpool fans and people from England can make it over as well.

"It's a good cause and it's something that people need to be aware of in England too. I know there are a lot of people doing events like this here already, but there are not many in Demark, so that's why I want to do it.

"I think it will be a really good day and the main thing is to put focus on the soldiers. Hopefully we will do that."