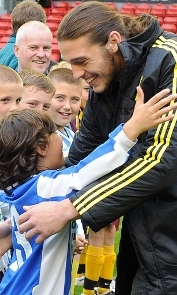 The next generation of Merseyside footballers met Andy Carroll as Anfield staged the finals of the Liverpool Cup 2011 on Monday.

Carroll shook hands and signed autographs before heading to the directors' box to watch the primary school kids in seven-a-side action - and he was clearly loving it.

Mark Lawrenson and Ronnie Moran were also on hand to present trophies. 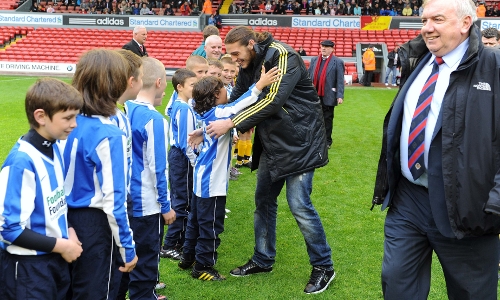 Lawrenson told Liverpoolfc.tv: "It's quite refreshing. No one is falling over, no one is trying to get someone else booked or sent off. It's nice to see.

"It's such a brilliant atmosphere here. No one does football like the people of Merseyside."

Click the image below to watch our report from Anfield 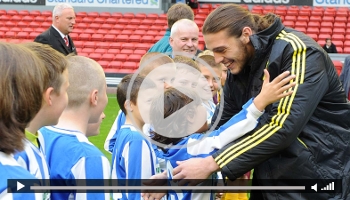 The tournament was established in 1979 and culminates at Anfield every May. Just seven years ago our very own John Flanagan took part for Christ the King Catholic Primary - though his side were not the overall winners. 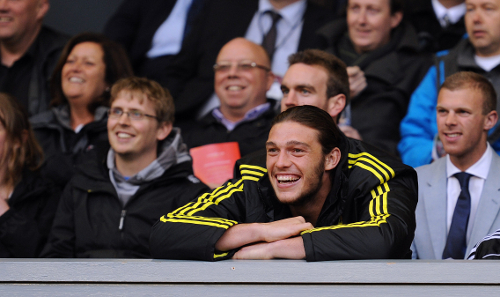 "It's the highlight of the schools football season," said Tim Johnson, vice-chairman of Liverpool Schools FA. "It's a real privilege for the children of Merseyside to play at Anfield. It's a once-in-a-lifetime opportunity.

"We've been very lucky over the years with players coming down. We were told there was a superstar coming tonight and they got that right. The club has backed this trophy for years."

First up in front of a crowd in excess of 1,100 were the girls, with St Paul's (West Derby) and St Margaret Mary's (Huyton) sharing third place. The final saw St John Bosco (Maghull) prevail 4-1 over St Sebastian's (Fairfield) thanks to goals from unstoppable Doyle twins Ellie and Emma, who grabbed a brace each. 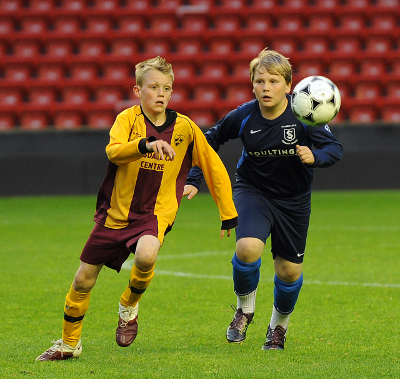 The boys then took to the field, though there were early baths in the Anfield dressing rooms for beaten semi-finalists Lister (Tuebrook) and St Luke's (Formby). It was Farnborough (Southport) who eventually claimed a record fourth title with a 3-0 victory against St Paul's (West Derby). Charlie Ball, Mike Howard and Lucas Jones all capped fine performances by getting on the scoresheet.

Player of the night gongs went to Emma Doyle and Charlie Ball. The latter is already on Everton's books and looks like a potential star of the future.