Liverpool's Anfield campaign ended in defeat at the hands of Tottenham - but who were our best players on the day?

After the game we caught up with LFC TV commentator John Bradley to ask him to name his top three performers - do you agree or disagree?

Leave your views at the foot of the page. 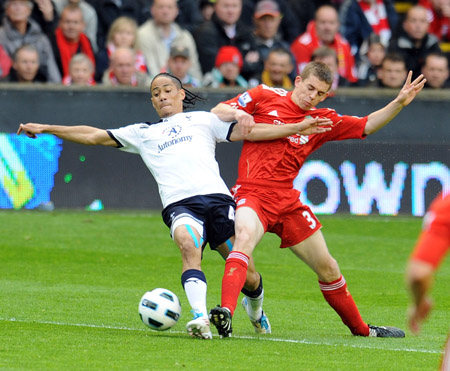 What a few weeks it's been for John, he looks like he's been playing in the Premier League for years. I have no doubt teams have tried to target him, but he keeps standing up to the task and coming through with flying colours. He has such a great approach to games and has not been phased by any of his opponents so far. Yesterday was easily the most difficult game as the team didn't quite reach the high standards it has set in previous games, but 'Flano' didn't let his performance suffer and he was once again excellent. 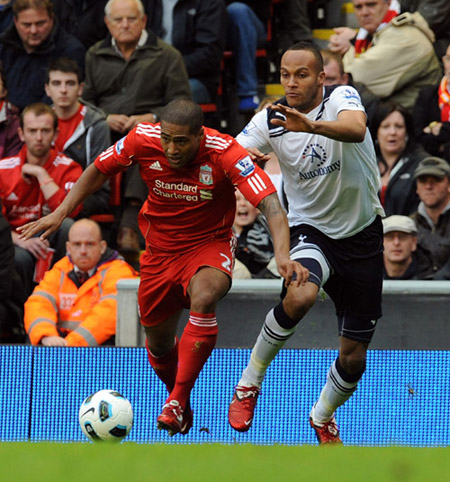 Glen's return from injury was timely and has been such a welcome boost for everyone. Whilst Spurs played well at Anfield and had a lot of possession, I don't recall them troubling Pepe Reina too much and one of their main sources of attack hardly got in the game at all. Aaron Lennon's threat was nullified to the extent he went and tried it on with John Flanagan and got no joy there either. Glen is in really good form at the minute and after his injury problems he probably could do with the season lasting a bit longer. 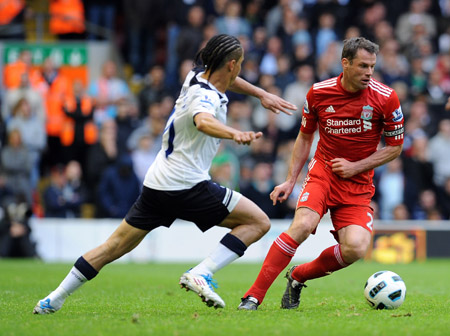 It's always a tough battle when you are taking on Peter Crouch, even when you know him as well as Jamie does. Added to that was the threat of Rafael Van Der Vaart coming from deep, but I thought Carra was excellent, Spurs had to be repelled quite a lot in the first half hour when they were on top and it was down to Jamie and co that Pepe had so little to do.

All in all it was a disappointing day for the Reds, at the end of a strange old season, but once again the signs remain good for the future. You can't win every week and because of injuries and unavailable players it's been tough on the squad, but I'm sure they'll bounce back at Villa.