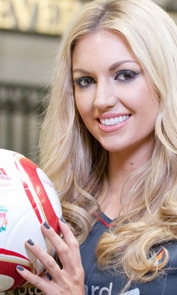 Liverpool fans Rosanna Davison and Dublin GAA star Paul Brogan were on hand to launch the adidas home away from home campaign today.

adidas is bringing Liverpool FC to the streets of Dublin this week and offering fans the once in a lifetime opportunity to meet some of club's star players when they visit Ireland to launch the new adidas 2011/12 away kit.

For more information stay tuned to the Liverpool Football Club Facebook Page , where updates will be posted shortly - and also see in store at Lifestyle Sports.

Speaking at the launch Rosanna said: "Certainly from a female perspective I often get looks of shock and amazement when I say I am a big Liverpool fan, but I love to go to matches and watch them on TV," Rosanna said.

"It's something I really enjoy, watching the game with my family or going over to Anfield. I wouldn't be that mad about watching any old team play, it has to be Liverpool."

She added: "My father has been a fan for years and my brothers are into it as well and I think my Dad's mission was to get us all supporting them - even the dog had a red collar and was a Liverpool supporter. It's been a great family thing growing up. I still love going over to Anfield when I can and nothing beats the atmosphere over at the matches, especially in the Kop."

The new adidas Liverpool away kit will go on sale on the 12th May and will be available in Lifestyle Sports Stores nationwide, but can be pre-ordered online at www.store.liverpoolfc.tv 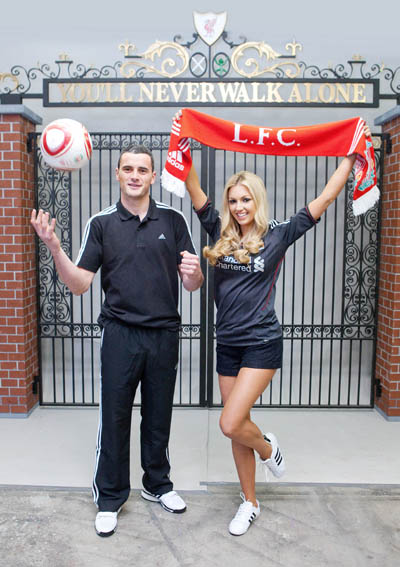