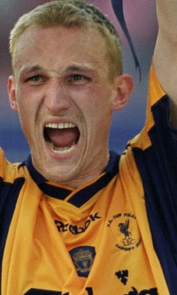 Former Liverpool defender Sami Hyypia today announced he will retire from professional football at the end of the season.

The 37-year-old made the announcement at a press conference in Finland this morning as he brought to an end a glittering career which included ten years of impeccable service at Anfield.

He will now take up a place in the coaching staff with the Finland national team and will become assistant manager at Bayer Leverkusen from next season.

"The decision to retire gradually grew during the season," Hyypia said."I had no interest any more to go elsewhere to play.

"There are no regrets. Thanks to all those who have helped during the course of my career and to my relatives a big thank you, without family and friends it would not have been possible."

Looking ahead to his move into coaching, Hyypia added: "It will be an interesting year.

"I must get a coaching license and then I get the experience of Leverkusen and the national team coaching.

"I'm really happy about this. All who know me know I put myself fully into it. It is 100% or nothing."

One of the finest centre-backs ever to wear a red shirt, the towering Finn's consistent performances through the Houllier and Benitez eras earned him a place among Europe's top defenders.

It's hard to believe he cost Liverpool just £2.5million from Dutch outfit Willem II in May 1999.

By that stage Hyypia already had seven years as a professional behind him. His glittering career began with MyPa, where he spent three years and won two Finnish Cups.

An international debut arrived aged 19 against Tunisia in November 1992.

In 1995 Hyypia enjoyed a trial at Newcastle, but it'd be another four years before he would grace the Premiership.

Instead he joined Dutch side Willem II, where he was soon installed as captain.

The big man's final act before heading to Merseyside in 1999 was to help Willem secure Champions League qualification.

After making his Reds debut against Sheffield Wednesday on August 7, 1999, Hyypia quickly formed a watertight partnership with Stephane Henchoz, providing the foundation for a historic treble in 2000-01.

The centre-half wore the captain's armband through much of this momentous campaign in the absence of the injured Jamie Redknapp. He jointly lifted both the UEFA and FA Cups.

Following the departure of Redknapp in April 2002, Gerard Houllier handed his trusty defender the captaincy on a permanent basis, though he'd be replaced by the emerging Steven Gerrard in October 2003.

With the arrival of new boss Rafa Benitez in 2004 came numerous personnel changes, though it was clear Hyypia was going nowhere.

However, he did have a new central-defensive partner in Jamie Carragher, who was at last given a regular slot in his preferred position. Within 12 months they were regarded as one of the most formidable pairings on the continent following Liverpool's Champions League triumph in the Ataturk.

Hyypia scored one of the most memorable goals en route to Istanbul, an unstoppable volley to open the scoring against Juve in the quarter-finals.

Incredibly, he played every minute of 57 consecutive European games for the Reds from November 2001 to February 2006.

The arrival of young centre-halves Daniel Agger and Martin Skrtel provided competition for places as Hyypia entered his twilight but, despite sometimes missing out, he continued to climb the club's all-time appearance table. In December 2008 he overtook Ron Yeats to enter the top 20.

Five months later the big Finn announced the 2008-09 campaign would be his last at Anfield after agreeing a two-year deal with German side Bayer Leverkusen.

He came on as a late substitute wearing the captain's armband during the season finale against Spurs for his 464th and last appearance. Earlier a 'Sami' mosaic was held aloft by the Kop, and at the final whistle the No.4 broke down in tears.

History will undoubtedly judge Hyypia to be one of the club's shrewdest pieces of business. His collection of winner's medals is in double figures and in 2006 fans voted him 38th in Liverpoolfc.tv's 100 Players Who Shook The Kop series. 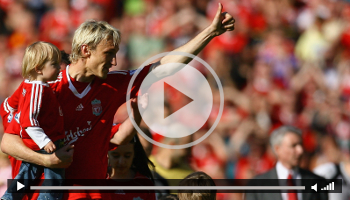