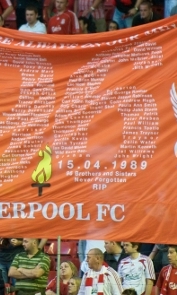 Twenty-two years after the tragic events of Hillsborough, Danielle Joynson speaks to Nottingham Forest fans Alex Ottway and Gary Roe for their memories of being in the crowd on the fateful day when 96 Liverpool supporters never came home.

Any football fan knows that love for their chosen team comes with instilled hatred for their rivals. And the division among opposing sets of fans is never bigger than when their teams go head-to-head in an FA Cup semi-final.

Desire to beat the enemy was at the forefront of the minds of Nottingham Forest fans Alex Ottway and Gary Roe on April 15, 1989. But the two men never saw their team beat the odds and end victorious. Instead, they watched as their rival fans died in front of them.

"I can't forget that day, nor can anyone who was there," said Alex, projectionist at Cineworld Cinemas in Nottingham.

"Football and the world at large needs to remember so awful an event. I try to keep it locked away, but there are times when it's necessary and worthwhile to open the memory box and relive the day."

Alex was 18-years-old when he travelled with four friends from school to cheer on his beloved team, on what promised to be a great day of football. 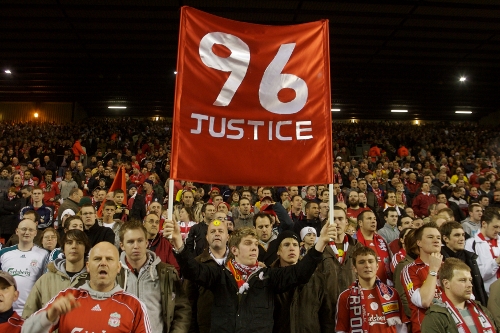 "It was such a beautiful, warm, sunny day," said Alex, a Forest supporter from childhood.

Then 34-years-old, Gary Roe was also heading to Sheffield with his friends expecting a glorious victory for Forest.

"The motorway traffic was busy with red-and-white-decked cars, transits and coaches. The feeling was great."

Spirits were high on the way to Hillsborough and Alex and Gary, along with thousands of fellow supporters, believed that Nottingham Forest could make their dreams come true and beat Liverpool to a spot in the FA Cup final.

"It was a positive atmosphere of expectation in the car I was travelling in. The thoughts of avenging the defeat of the previous year were real and prominent in our minds. This beautiful morning was the setting for what should have been a sweet afternoon as a Forest fan," said Alex.

Nottingham Forest weren't just facing any opposition in their quest to be FA Cup winners; they were facing Liverpool, one of their biggest rivals in the 1980s.

"Whatever happens before and after the game, for the 90 minutes of the game, they are the enemy," said Alex.

"Blind hatred from 100 yards away is permissible, and this is still the case with any opposition today."

As kick-off grew nearer, fans started pouring into the stadium and the chants bellowed from the crowds.

"The insults were flowing from behind the goal," admitted Gary.

The attention turned to the Leppings Lane end of the stadium which was allocated to the Liverpool fans.

It was practically empty.

"There was still visible concrete in the side sections of the Liverpool terrace," said Alex, who admitted that he along with his fellow fans taunted the Liverpool supporters by chanting, 'What's it like to have no fans?'

The match got underway and Liverpool fans eventually started to fill the terraces. 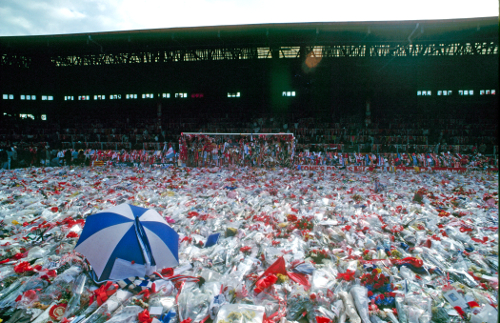 But the taunting chants soon turned into concerned questions when the Leppings Lane end seemed to be overflowing with people. "It was about this point that the sixth sense started saying, 'That's not right. There are too many heads in that middle section,'" explained Alex.

"A Liverpool shot that hit the crossbar caused a typical surge behind their goal. This one didn't end like the rest did. It was horizontal for a moment, and then suddenly it became a curved line of people."

Supporters were being pulled from the terraces into the stands above to escape from the imminent crush of bodies.

It was easy to place blame on the fans for causing trouble while watching from the other side of the stadium, especially when they were 'the enemy' for the next 90 minutes.

"A typical pitch invasion stunt, we thought at the time, and the 20,000-odd Forest fans in our end had no hesitation in telling them what we thought of them," said Alex.

"There are always some idiots at football matches - that's what went through my mind. They have bought a ticket to stand up so why not stay where they are?"

Frustrated Forest fans watched and waited for the authorities to deal with the situation. After all, this was the 1980s and hooliganism was rife within football. Surely it was a pitch invasion.

"A line of policemen was deployed to create a physical barrier between 'us' and 'them', reinforcing the image of crowd trouble rather than anything worse," explained Alex.

Injured fans were arriving on the pitch one after the other, being carried by advertising billboards taken from the sides of the pitch.

Alex turned his pocket radio on to hear if the reporters were making sense of what was happening.

They weren't. They assumed a pitch invasion too but it was becoming clear this was certainly not the case. 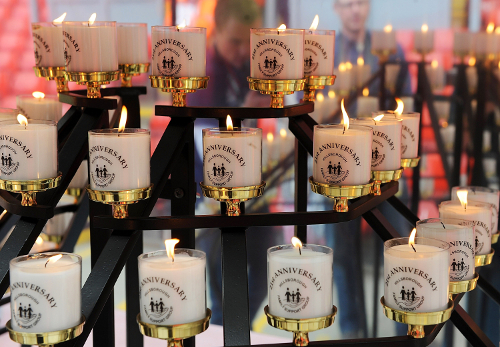 "They were as ignorant as we were, reporting a pitch invasion and police stopping the game. We weren't so sure. A little later, the radio reported a number of injuries, which clearly tallied with what we could see in front of us," admitted Alex.

Gary and his friends heard that three lives had been lost and all the previous chants of hatred fell away and were replaced with pleas for no more deaths.

"It seemed a bit surreal as the now disaster was unfolding. A policewoman and a fan had started mouth-to-mouth on a fan on our side of the pitch and he started breathing again as we saw a thumbs up from his mate," said Gary.

"A round of applause nearly broke out at the relief of this incident."

It wasn't long before the shocking reality of the situation hit and all Alex and Gary could do was watch the horror unfold in front of them.

"We looked on helplessly as a stretcher carried by firemen contained a body of a man of my stature whose face was grey with death. I lit another cigarette to calm my nerves and couldn't help thinking that it could have been us," explained Gary.

"We all knew what had happened to this poor fan and if a six-foot heavily-built man had suffered what about the women and kids in that end?"

At approximately 4.40pm the Forest fans in the Spion Kop were released from the ground.

The atmosphere had completely changed from buoyant and hopeful to shock and devastation within the space of a few hours.

"We passed another friend from school on the way out," explained Alex.

"Dave was a regular in the school's rugby XV, and built for it. He was sitting on the concrete steps with his head in his hands, quietly crying."

The journey home was even worse.

Alex described that reality hit him 'like a sledgehammer' when the news reported that 72 people were dead.

He assumed possibly three people at the most.

"I felt suddenly so light-headed that I opened the car door and got out for fresh air. Within a few seconds I was physically sick, and vomited into the middle of the road. As I cleaned my face and looked down the road at the queue of cars, I found I wasn't alone in my reaction." 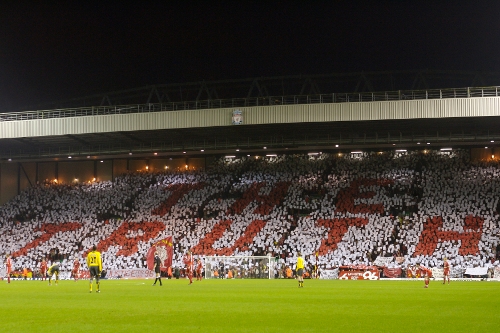 In the days, weeks and months that followed everyone tried to make sense of what had happened on that tragic day.

"Pictures in the newspapers the next day brought it home to me. They looked so helpless it made me want to sob for their pain," said Gary.

"They are my kind of people and they didn't deserve to die like that. I dread to think how it was for those who were expecting their loved ones to come home but didn't."

Liverpool fans mourned, bereaved families yearned for the truth, and the law was being called into question, but for most, it was a time to put life into perspective.

"Here are my counterparts, only wearing different colours. Normal football-loving folk who enjoy their Saturdays supporting their favourite teams. These are just working-class folk, my brethren and my comrades," said Gary.

Liverpool fans had Anfield as an outlet for their grief but Nottingham Forest fans seemed to have been forgotten.

"The media didn't care. We had nothing. We lost none of 'our own' that day," said Alex.

"It wasn't our stadium. We had that empty feeling of helplessness, of despair, of having to stand and observe that afternoon, but nothing concrete over which to express our feeling of loss."

Horrific memories of that day are still in Alex's mind, with one particular harrowing image.

"A lad in a white shirt lying on a yellow ad hoarding was being carried by six or eight people. With the jolting from being carried, his black jacket slipped to the floor. His bearers stopped and carefully placed the hoarding on the ground. The jacket was picked up and with great dignity, placed over the white-shirted man's face."

Twenty-two years have passed since that dreadful day and even though many people have moved on from the grief, the awful events they witnessed in those few hours at a football match will stay with them forever.

"After more than 20 years, I'm okay till I get to the lad on the yellow advertising hoarding," admitted Alex.

"That's when the tears come."

There will always be rivalry within football and it's part of what makes the game so great.

The competition, the dedication, the 'banter' from fans is always expected on match days.

But nobody expects to go to a football game and never come home.

"I'm sorry to ruin the great Bill Shankly's adage about the beautiful game but life is more important," admitted Gary.