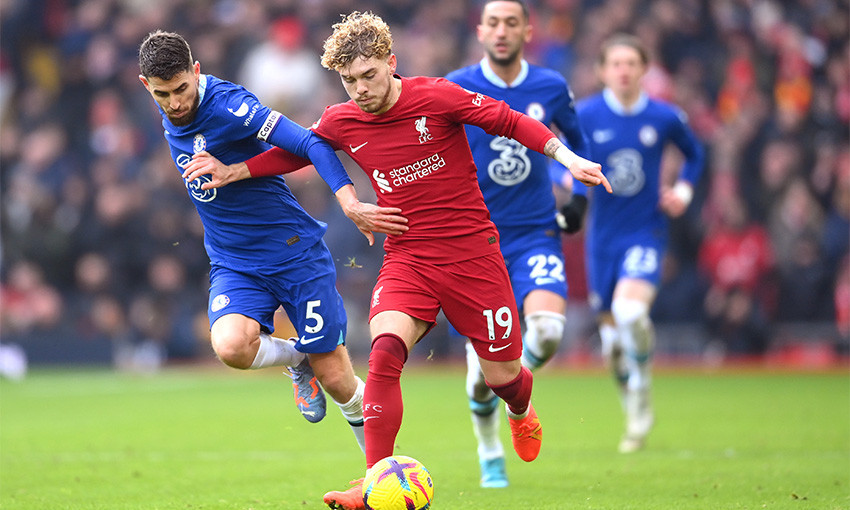 Liverpool played out a 0-0 draw with Chelsea on Saturday afternoon in the Premier League.

Despite chances for both sides, neither team were able to break the deadlock in L4 with the spoils shared.

Kai Havertz saw a third-minute close range strike ruled out for offside, while Naby Keita and Trent Alexander-Arnold went closest for the Reds.

Liverpool made three changes for the clash with Chelsea.

Alisson Becker, Andy Robertson and Mohamed Salah returned in the only alterations to the line-up deployed following the midweek win at Wolverhampton Wanderers.

Alexander-Arnold, Jordan Henderson and Darwin Nunez were named on the bench.

After three minutes of the contest, Chelsea had the ball in the back of the net through Havertz.

The forward converted from close range as Thiago Silva saw a shot rebound off the post and into his path at a corner, though VAR deemed the Blues man offside following a lengthy delay.

Cody Gakpo then saw a shot fly over the bar in response after good work from Salah down the right to set up the No.18.

Both teams battled for dominance as the half carried on but neither were able to assert full domination.

Conor Gallagher’s half-volley from the edge of the box was easily saved by Alisson, while the goalkeeper was again forced into action by a Benoit Badiashile effort from an inswinging visiting free-kick.

Liverpool began on the front foot following the interval, pushing Chelsea back from kick-off.

Keita first saw a shot blocked before Gakpo's header from a James Milner delivery was lifted over the crossbar.

On the hour, Nunez was introduced from the bench, though it was fellow substitute Mykhailo Mudryk for the Blues who instantly threatened, hitting the side-netting with a low shot.

The No.27 also had an driven effort saved at a quick counter-attack with both teams searching for an elusive winner.

Another of the Reds' changes enjoyed the last meaningful opportunity of the afternoon, with Alexander-Arnold volleying over the bar from inside the area, leaving the the points to be shared.