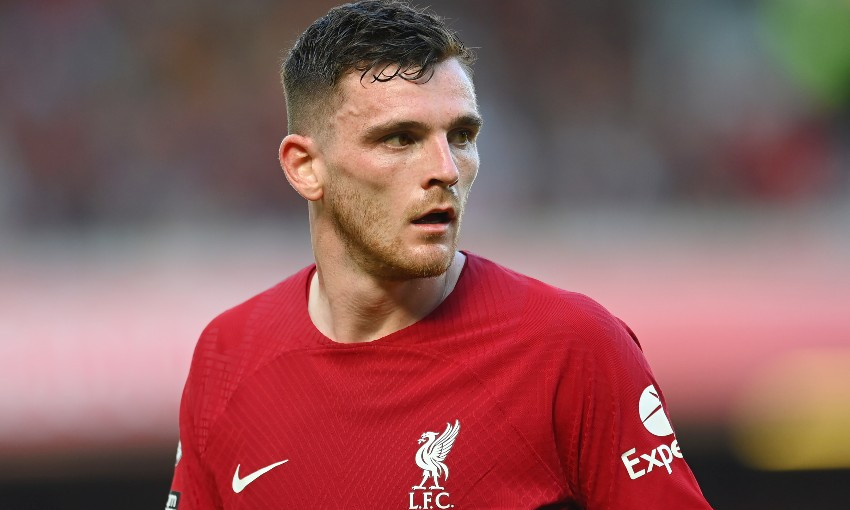 Andy Robertson will miss Liverpool's match against AFC Ajax due to injury.

The left-back sustained an issue during last week’s defeat by Napoli and Jürgen Klopp confirmed on Monday that he is set to be unavailable until after the upcoming international break.

Fabio Carvalho can face Ajax after returning from a knock picked up in the Merseyside derby, but Curtis Jones remains sidelined.

“Robbo now is not 100 per cent. [He felt something] very late, 93rd or whatever minute - actually he felt it the next day only. But yeah, he is out for at least, I would say, after the international break,” Klopp said.

“Curtis, not available. Fabio trained yesterday normal, will be available.”

Meanwhile, Klopp also provided an update on the recoveries of Naby Keita, who has been called up by Guinea for their September fixtures, and Alex Oxlade-Chamberlain, with both players having been omitted from the Reds’ Champions League squad.

“No, I don’t expect him [Keita] to go on international duty,” the boss stated.

“The expected return date is somewhere in October, that’s why we had to make the decision. With Ox it is the same and that’s why the two boys are not in the Champions League squad because of their expected return.

“It can differ a little bit, but we had to make the decision now or last week and that’s why we made the decision.”