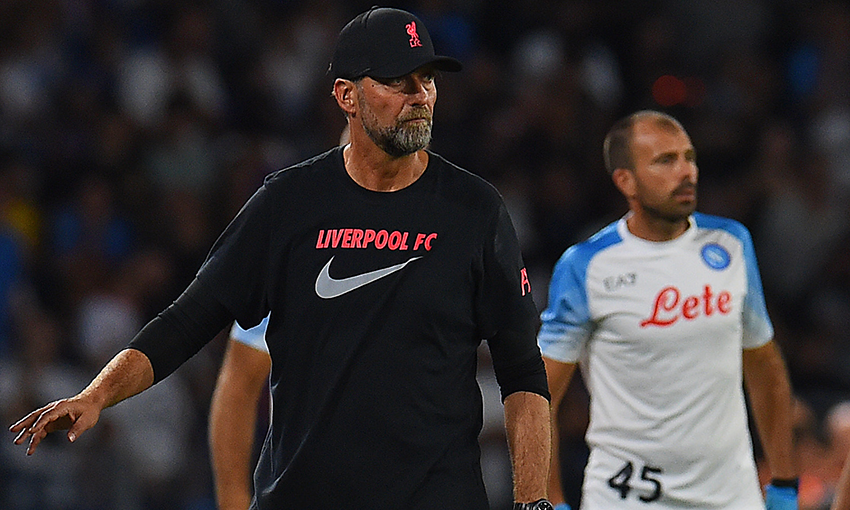 Jürgen Klopp offered a frank assessment of his team’s performance as Liverpool were beaten 4-1 by Napoli in the opening game of Champions League Group A on Wednesday evening.

The Reds suffered a heavy defeat in Italy as the hosts raced into a three-goal lead by half-time, with Andre-Frank Zambo Anguissa and Giovanni Simeone adding to Piotr Zielinski’s early penalty.

Indeed, Napoli’s advantage could have been even greater but for Alisson Becker thwarting Victor Osimhen from the penalty spot.

Zielinski added a fourth for the home team immediately after the break - and though Luis Diaz reduced the arrears, the Reds were well beaten on the night.

Read on to see what Klopp had to say in his post-match press conference.

On saying sorry to the travelling Liverpool supporters at full-time…

It’s a long flight from Liverpool to Napoli. For all the things they invest, I understand 100 per cent it was a very disappointing night so, of course, I put up [my hands], I have to say sorry for that.

On what he felt went wrong for his side…

It’s obviously not the first time I have spoken to media so I have said it now a couple of times. I think the problems we had tonight were obvious. Number one, Napoli played a really good game and we played a really bad game. Why did we play a bad game? We cannot ignore the start and how it happened, how it started with the penalty and then shortly after that another penalty. In this atmosphere, that’s not easy, but our problems obviously were that we just didn’t play good enough. That means in our specific case we were never compact. I can’t remember a situation where we were compact. We had for 60 minutes not one counter-pressing situation in a game where we lost a lot of balls, just because we were far away.

That means we were too wide in possession, we were not pushing up with the last line, the midfield was not connected, so these are the football things and they are obvious. The questions now, because I know the boys want - they want to win football games - and the questions why they don’t do, that’s obviously my job to figure that out. It is not the first time that we don’t play completely well, I know that, and there are some reasons which we know, but I really think with all the things that happened we should have played a much better game tonight - and we didn’t. Again, it is my responsibility - it’s just the problem is since the game finished I spoke to media and I didn’t have time to think or whatever. I really think it makes sense to think a second longer, watch the game back, try to understand and then have the right message for the boys because that’s the most important thing. 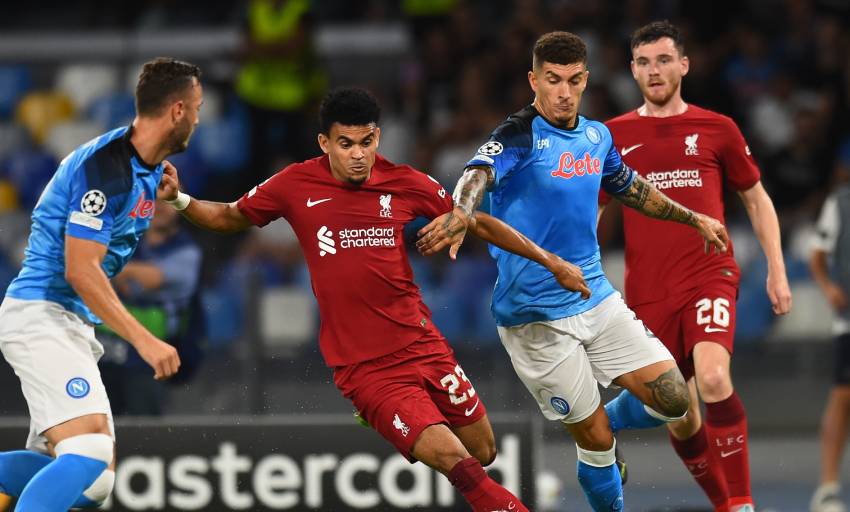 On whether he needs to ‘reinvent’ the team...

Look, how I said, you don’t think a lot after the game, you react more. So, when I said that it’s true, we definitely have to kind of reinvent ourselves because just basic things were not there. It is a difficult period, no doubt about that, but if you are not playing exceptionally well you still can defend on a really high level, we should be able to do that and we are, obviously, but in this moment we are, kind of, in between. The start of the game doesn’t help, so if we want to defend better, conceding a penalty after three minutes and the next one I don’t know exactly when... it’s obvious then you cannot exactly do that. So, it’s like you are in between, tonight we were caught in between, if you want.

But still, it’s a job to do and that’s what I mean, so that we have to reinvent a new kind of football. You always try to improve, but in this moment, obviously, everybody would be happy if you just could play similar stuff to what we used to play, let me say it like this. Tonight that was the least compact performance I saw for a long, long time from us and it was just, again, Napoli was really good, but we made it easy for them. We lost the ball in areas and then the next situation was a counter-attack, but that’s not how it should be. A few things are really clear. We have to change that and the reason why it’s now like this [is] getting a bit more clearer as well, but I need time for just saying the right things, not 100 per cent in the moment.

On whether a defensive high line was a ‘risk’ against Napoli…