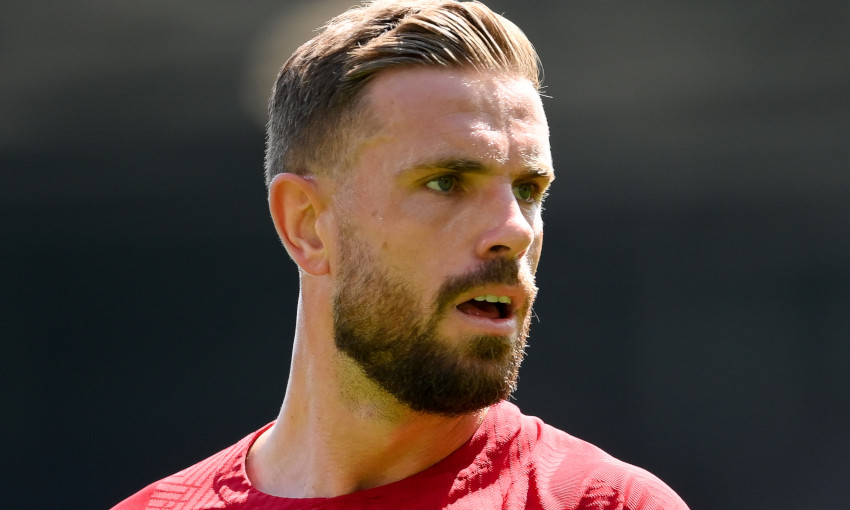 'It's a dream to be here' – Arthur Melo's first LFC interview

Liverpool are awaiting further diagnosis on Jordan Henderson’s hamstring injury that has ruled the captain out of the Merseyside derby, but Diogo Jota is on the brink of a return.

Henderson was forced off with the issue during the second half of the midweek victory over Newcastle United at Anfield.

Asked for an update on the skipper’s fitness at his pre-Everton press conference on Friday, Jürgen Klopp said: “Nothing yet. We are still waiting for the result, to be honest. It was now only 12.30 or so; I asked before I came here and [we] didn’t get a result yet.

“He is definitely out, he is injured, but the extent I don’t know.”

Jota is likely to be available for Saturday’s trip to Goodison Park, though, with Klopp set to make a call on how to use the Portugal forward after an extended spell on the sidelines.

“Diogo probably will be in as well, he trained yesterday with the team first time. He will train today,” said the boss.

“I have to make a decision, does it make sense that we involve him already or not? But if, it is the first time we have five attackers – sounds like Christmas!”

The Reds have added to their midfield ranks with the loan signing of Arthur Melo from Juventus, with that deal completed on transfer deadline day. 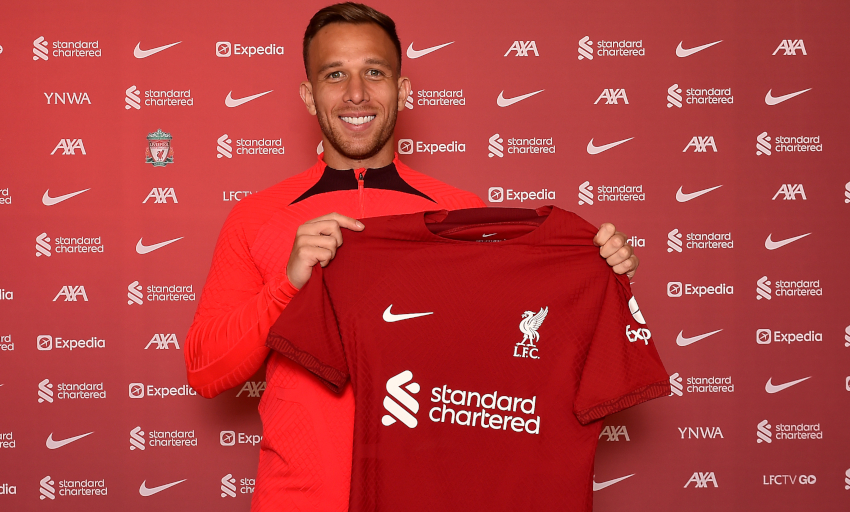 Klopp explained that the new No.29 is not expected to be eligible to play until next week’s Champions League clash with Napoli, however.

“My information is it will not happen until tomorrow, the international clearance. We all hope he will be fine for Napoli,” he said.

“Calvin Ramsay is still out but really getting closer and closer. For him it was something with his back, something to do with age and growing and these kind of things. He didn’t train now properly with us, but he gets closer.

“Thiago is the closest from all [of them]. I think the start of the week, next week, he will be in team training. Ibou, in and around the international break he will be back in training.”