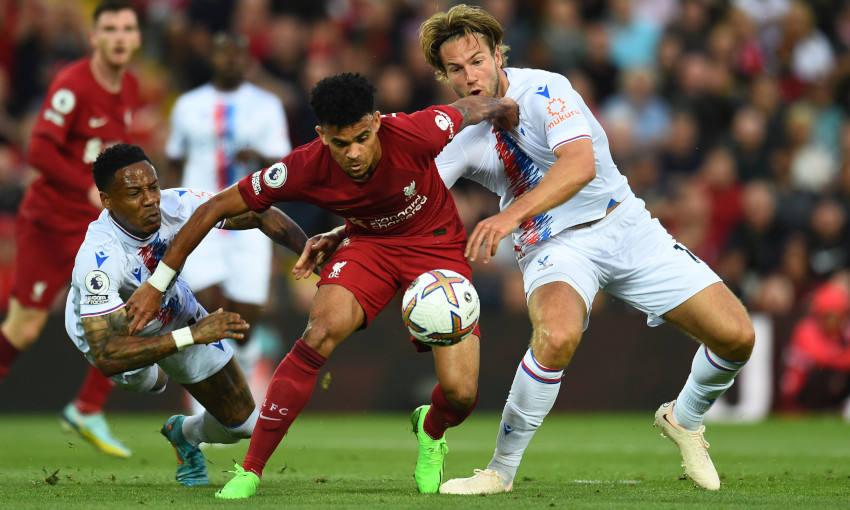 Liverpool were held to a 1-1 draw by Crystal Palace in their opening Anfield match of the Premier League season on Monday night.

After an opening 30 minutes dominated by the hosts, Palace pounced from a counter-attack that was completed by Wilfried Zaha’s clinical finish.

The Reds lost home debutant Darwin Nunez to a straight red card with a little over half an hour remaining but drew level courtesy of a sumptuous Luis Diaz run and strike.

Jürgen Klopp’s team continued to press for a winner despite their personnel deficit but had to settle for a point for the second successive game.

Nathaniel Phillips came in to the XI for his first Premier League appearance since May 2021, with Joel Matip ruled out due to a muscle strain and Joe Gomez named on the bench.

Nunez was handed a full competitive debut for the Reds in attack – replacing Roberto Firmino, absent as a precaution – and Harvey Elliott and James Milner started in midfield.

Greeted vociferously by the Anfield crowd for their first home game of the 2022-23 season, the Reds were on the front foot from the off and might have scored inside 60 seconds.

Trent Alexander-Arnold’s swinging cross was punched away from Nunez by Vicente Guaita and Milner bounded onto the loose ball and into the box, but lashed his strike too high.

Next, Elliott saw a low strike, which came at the end of several shimmies inside the box, blocked on its route to the bottom corner by Joachim Andersen, then Nunez fired a first-time effort off target when found at the back post by Alexander-Arnold.

The Liverpool No.66 created another promising chance at the half’s midway point, skimming a cross into the middle that Mohamed Salah met with a placed finish wide to the right. 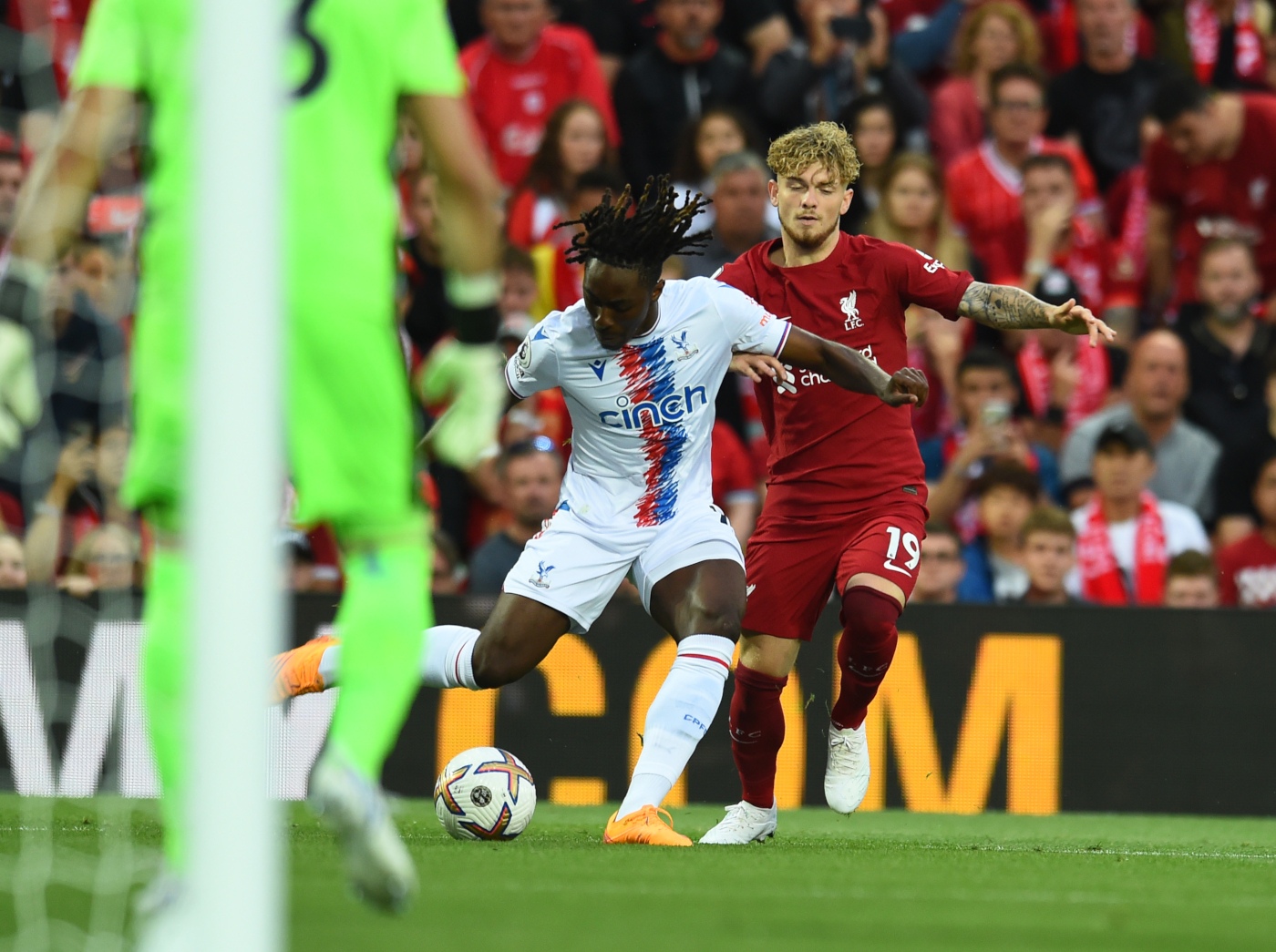 The same pair combined in the 30th minute as Alexander-Arnold clipped a deft diagonal into Salah’s run at goal; the Egyptian’s flicked header was caught by Guaita, though.

And, against the run of play, Palace took the lead moments later.

Countering the Reds’ latest attack, Eberechi Eze guided a pass in behind the hosts’ defence as Zaha’s run evaded the offside trap. The Eagles forward ran on and from the left side of goal swept a low effort around the reach of Alisson Becker into the far corner.

Alisson had to rush from his line and smother Zaha when he got through from the other side of the pitch soon after, while a firm Elliott header from Salah’s set-up was caught by Guaita.

Klopp’s men went closest in added time, Elliott picking out Nunez following a half-cleared corner and the No.27’s shot – under the challenge of Cheick Oumar Doucoure – bobbling onto the right post and out.

Liverpool set about the task of turning the game around and Salah fashioned a chance for Nunez with a threaded ball into his fellow attacker’s burst into the area.

Nunez kept his balance to prod a left-footer towards goal that was blocked by the recovering Joel Ward, with the referee dismissing appeals for a handball.

The contest’s complexion changed dramatically during four frantic minutes around the hour mark.

First, Nunez was shown a straight red card for an altercation with Andersen, the Reds man leading with his head as he argued with the Palace defender.

Nevertheless, the 10 men responded to the setback with renewed vigour and a stunning piece of individual play from Diaz swiftly brought them back on level terms.

The Colombia international embarked on a slaloming dribble from the left wing that carried him past four or five opposition players before arcing a sublime, curling effort into the right corner of the Kop-end net.

The visitors forged their best opportunity to win the encounter 12 minutes from the end, but Zaha struck the woodwork on the stretch when he was teed up in space at the back post.

Salah and substitute Fabio Carvalho both fired attempts wide of Guaita’s goal as time ebbed away and the full-time whistle confirmed a point apiece on the night.