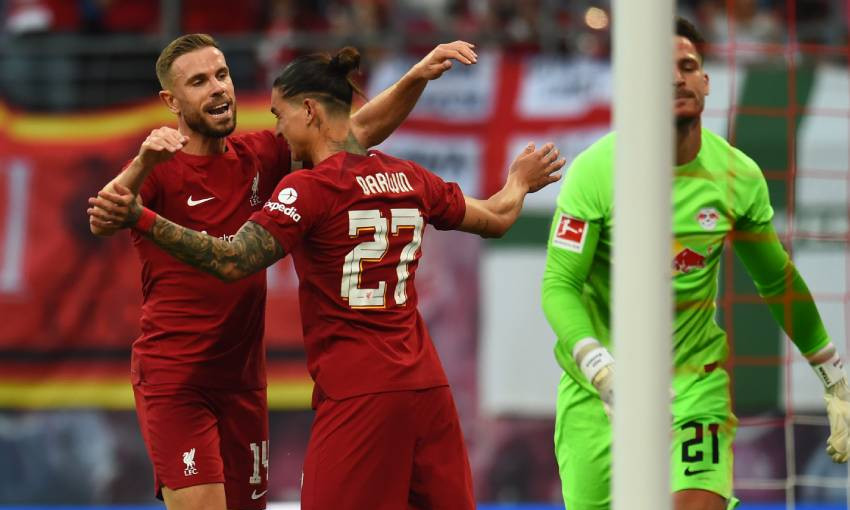 Darwin Nunez came off the bench to score four times as Liverpool defeated RB Leipzig 5-0 in their latest pre-season test in Germany on Thursday evening.

The Reds took the lead with eight minutes gone at Red Bull Arena when Mohamed Salah deceived Peter Gulacsi with a first-time finish he rolled into the net from just inside the area following a lay-off by Roberto Firmino.

Darwin Nunez then came off the bench during half-time to net his first goal for the club, converting from penalty spot after Luis Diaz had been brought down.

The No.27 had a second moments later, finishing with aplomb after Liverpool had regained possession in midfield in sent him clear inside the area.

Nunez’s hat-trick was completed with 69 minutes showing on the clock when he touched in a low cross from Harvey Elliott from close range.

His final act was to cap a fine night’s work for Jürgen Klopp’s side by sweeping in his fourth – and the Reds’ fifth – at the death following a counter-attack spearheaded by Fabio Carvalho. 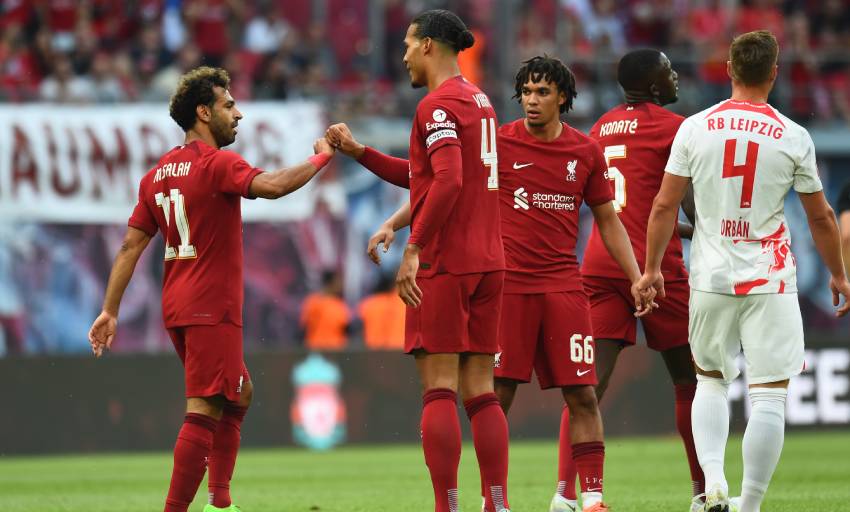 Liverpool made seven changes from their last outing – a 2-0 win over Crystal Palace in Singapore on Friday – with Virgil van Dijk captaining the side and Salah beginning in attack. There was also a place for Joe Gomez on the bench after recovering from a knock.

It was only the third meeting between the sides in history, but a sold-out stadium greeted the players in the early evening heat in Germany.

And, with just eight minutes gone, the visitors had the lead. Firmino regained possession on the edge of the box from Thiago Alcantara’s no-look ball. The Brazilian then exchanged passes with Salah before the No.11 steered low beyond Gulacsi.

Salah threatened a second soon after, outstripping Marcel Halstenberg down the left to reach Van Dijk’s long pass into the channel, but his right-foot attempt was repelled by the home side’s goalkeeper at his near post.

Liverpool were enjoying the majority of the ball – and only a vital interception from Benjamin Henrichs prevented Andy Robertson from squaring for Salah to make it 2-0 just after the half-hour mark.

Leipzig had yet to really threaten as half-time loomed, though a snap-shot from Angelino from the corner of the box had Adrian concerned as it narrowly sailed over the crossbar.

Then, at the other end, Robertson’s half-volley bounced in front of goal, with Firmino a foot or two from turning it in on the stretch.

And there was time for a further opportunity before the interval, too. Christopher Nkunku pounced upon Ibrahima Konate’s attempts to cut out a ball across the box and struck powerfully towards goal. However, Adrian was able to thwart his low drive. 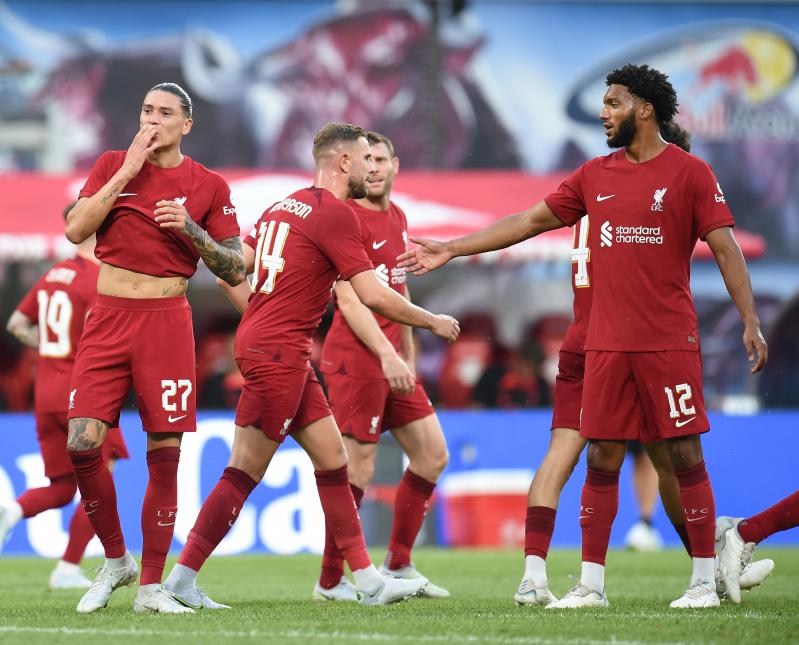 Within three minutes of the restart, the visitors had the chance to extend their advantage from the spot when Diaz was brought down by Leipzig's substitute goalkeeper Janis Blaswich.

Nunez assumed responsibility and although the ‘keeper got a touch on the ball, the Uruguayan converted for his first strike for the Reds.

Two minutes later, he had his second. Henderson and Thiago regained possession in midfield, nudged it forward to Trent Alexander-Arnold, who in turn touched it into the path of Nunez.

He did the rest with an unerring low finish across goal into the far corner.

Further changes followed for Liverpool on the hour mark – and it was one of the new arrivals that went close to furthering their advantage, with Elliott heading an inch wide of the post from Tsimikas’s centre.

A fourth did arrive on 69 minutes as Nunez completed his hat-trick, touching in Elliott’s unselfish low cross from inside the six-yard box.

The Uruguayan could have had a fourth in the dying stages, but Blaswich saved well from his powerful header from a James Milner centre.

Nevertheless, he wasn’t to be denied a further mark on the scoresheet when he clipped in from Carvalho’s pass to cap an excellent night’s work in Germany for Liverpool, who will now move onto Austria for a week-long training camp as preparations ramp up further ahead of 2022-23.