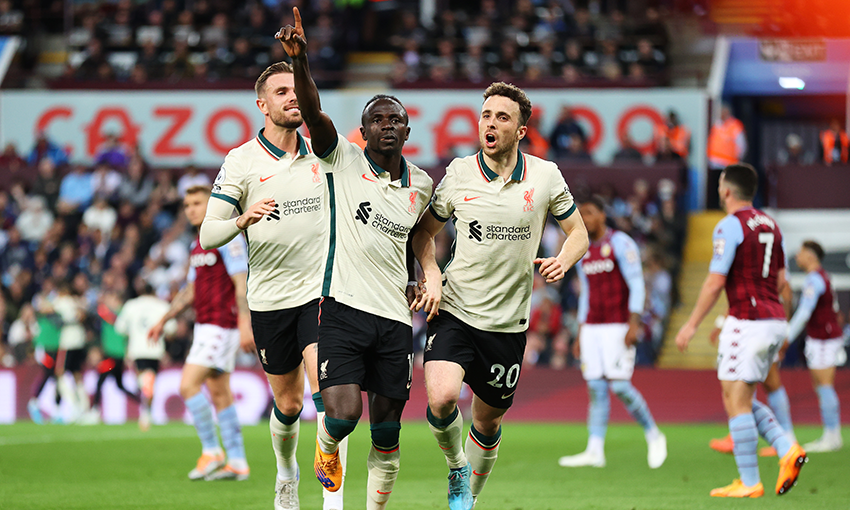 Liverpool moved level on points with Manchester City at the top of the Premier League table with a 2-1 victory at Aston Villa on Tuesday evening.

The Reds fell behind after three minutes when Douglas Luiz hammered in after seeing an initial header saved by Alisson Becker at Villa Park.

However, they were level soon after as Joel Matip diverted over the line from Virgil van Dijk’s ball into the six-yard box at a set-piece.

Sadio Mane put Liverpool in front of 65 minutes when he superbly headed in a Luis Diaz cross, with the effort proving the matchwinner in the Midlands.

The Reds are now tied with City on 86 points, though Pep Guardiola’s side have played a game less and lead on goal difference ahead of their fixture at Wolverhampton Wanderers on Wednesday.

Liverpool’s teamsheet showed five changes from the weekend draw with Tottenham Hotspur as Matip and Kostas Tsimikas returned in defence, Curtis Jones and Naby Keita were restored in midfield and Diogo Jota started in attack. Roberto Firmino was named on the bench after a six-match injury absence. 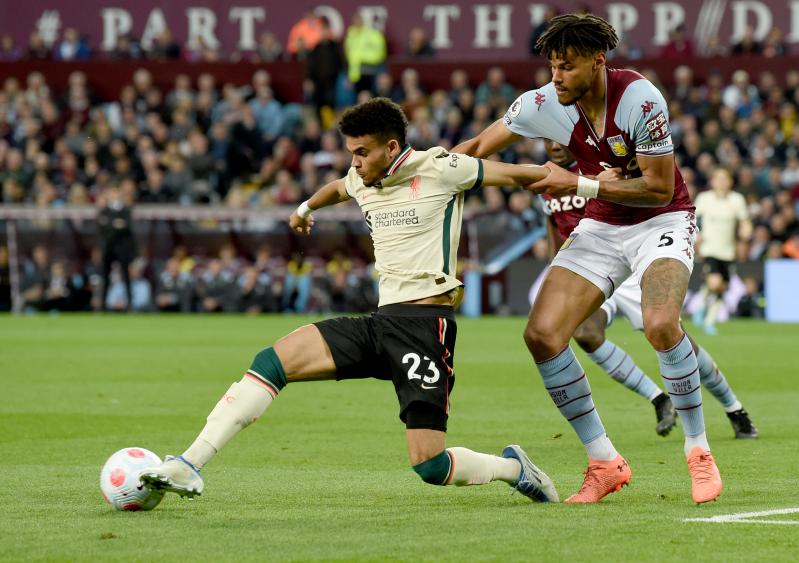 Liverpool got the action under way in the Midlands aiming to muster a response to Saturday’s draw with Tottenham, but they found themselves behind inside three minutes.

A bright start from the hosts was rewarded when Lucas Digne hoisted a ball in from the left, which Douglas Luiz met with a powerful downward header. The attempted was kept out by Alisson, but Villa’s No.6 reacted quickest to lash the rebound in.

It came after Ollie Watkins had seen a effort beaten away by the visiting goalkeeper just seconds earlier.

However, the Reds dusted themselves down and quickly levelled. A Trent Alexander-Arnold free-kick from the right wasn’t dealt with properly by Tyrone Mings. The ball eventually spun in the direction of Van Dijk, whose prod across goal was tapped in by Matip with six minutes gone.

The frenzied nature of the opening exchanges continued, with Digne cracking a half-volley over the bar from the corner of the box and Diaz sending a goal-bound header crashing into a crowd of bodies inside the area.

Gradually, Liverpool were assuming control, though, and after Jota had an attempt blocked, Mane headed wide from a Tsimikas delivery.

Nevertheless, Danny Ings was a couple of feet away from giving Villa the lead once more when he bulleted a header over from Jon McGinn’s cross at a short-corner routine.

The visitors suffered a blow just before the half-hour mark when Fabinho was forced from the field, with Jordan Henderson his replacement.

Philippe Coutinho then curled over for Steven Gerrard’s side and Keita miscued when well placed 10 yards out as the contest continued to be played out at a high tempo.

With half-time edging closer, Jones intercepted Mings’ attempted pass out from the back, but saw his curler saved by Emiliano Martinez, leaving the scoreline tied at the break. 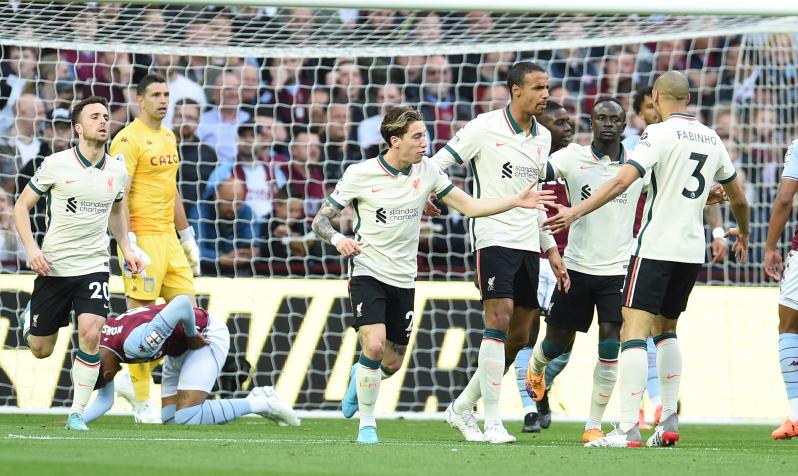 Within moments of the restart, Trent Alexander-Arnold flashed a free-kick a fraction wide of the upright as Liverpool set about looking to go ahead.

The No.66 then attempted to send Diaz through on goal with a ball in behind, though it was claimed by Martinez rushing from his line, while at the other end, Tsimikas produced a superb last-ditch challenge to deny Watkins a strike at goal from Ings’ pass.

Thiago Alcantara was introduced from the bench just after the hour – and moments later, the Reds were in front.

The Spaniard was involved, winning possession back from a Villa throw on the left. Mane then sent Diaz scampering down the wing before returning the ball to his fellow forward, who found the bottom corner with a glancing header.

The hosts threatened an equaliser when Watkins sent Ings racing through behind the visiting defence, by Alisson did superbly to thwart him in the one-on-one.

Mohamed Salah was next to be introduced from the bench – and he was denied when his improvised effort was headed off the line by Matty Cash after some nimble footwork inside the box.

Keita went close to furthering Liverpool’s advantage, smashing a half-volley just wide, while Ings drew a save out of Alisson with a shot from a tight angle soon after.

The ex-Reds forward demonstrated the game was far from over with four minutes of normal time remaining, though thankfully for the visitors his strike across goal and into the corner was ruled out for offside.

However, Jürgen Klopp’s side were able to successfully navigate the final stages and move level with City at the top.