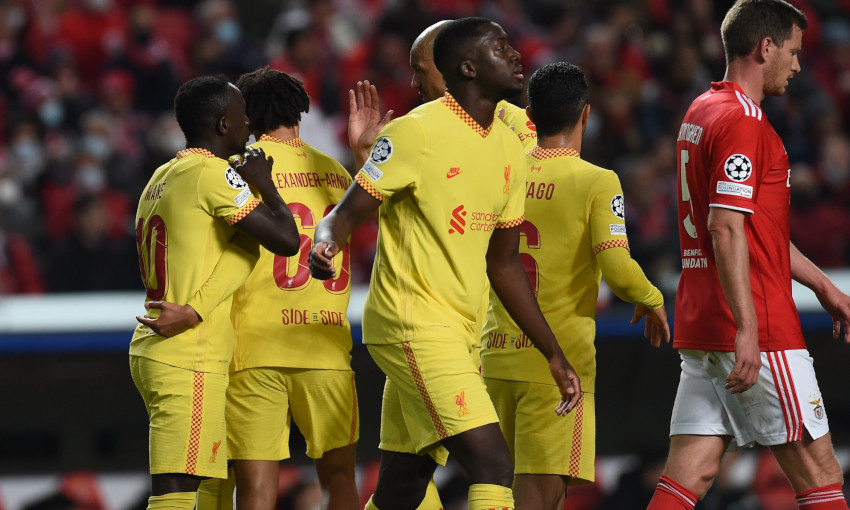 Liverpool are ahead at the halfway stage of their Champions League quarter-final with Benfica after winning the first leg 3-1 in Lisbon.

Ibrahima Konate’s first goal for the club – a clinical 17th-minute header – was followed by a Sadio Mane strike to round off a scintillating passage of play during a purring opening half for the Reds at Estadio da Luz on Tuesday night.

The Portuguese outfit swiftly clipped the visitors’ ascendancy after the interval, though, as Darwin Nunez tucked in a low curler on 49 minutes.

But Jürgen Klopp’s side held off increasing pressure from Benfica and netted again late on through Luis Diaz to ensure they will hold an advantage come next Wednesday’s return clash at Anfield.

Klopp made half-a-dozen changes from the weekend victory over Watford, with Trent Alexander-Arnold returning at right-back and Diaz named in attack on his return to Portugal.

The Estadio da Luz was resplendent and loud as the two teams emerged for the opening showdown of their sixth two-legged European meeting.

There was a fizz to the action from the off, too, with the home side looking to spring in behind the Liverpool defence as the visitors tried to exert control on proceedings.

Klopp’s men threatened to get in front inside nine minutes, Mane’s backheel pass into the box for Mohamed Salah inviting the latter to line up a near-post finish that was blocked by the recovering challenge of Nicolas Otamendi.

Naby Keita was then denied by the gloves of Benfica goalkeeper Odisseas Vlachodimos with a drive from 20 yards, but the Reds broke through on 17 minutes.

From a left-side corner, Andy Robertson swung the ball deep to the far post and Konate escaped his marker to meet the delivery with a precise, firm header into the bottom right corner. 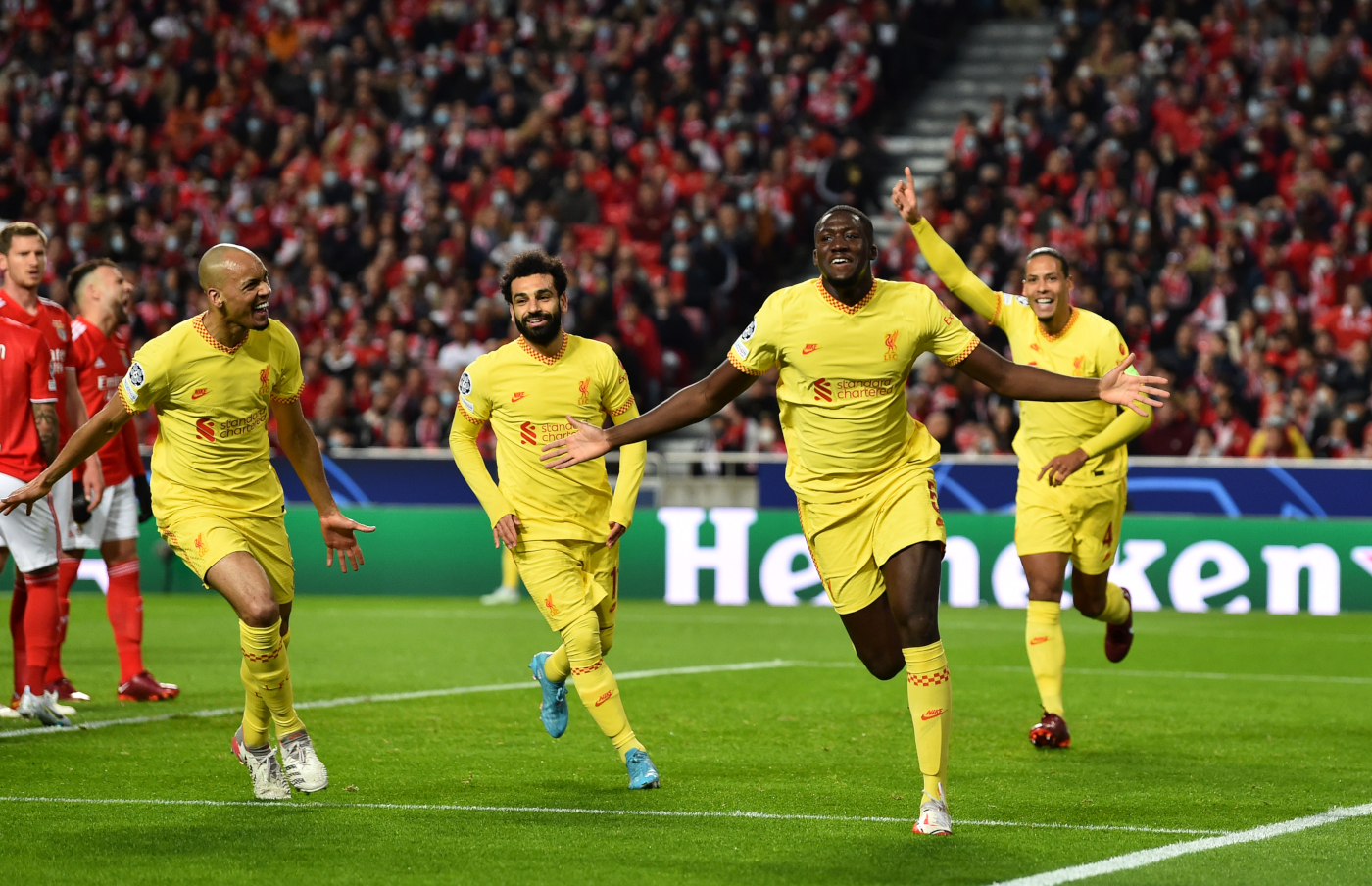 Benfica sought to hit back when Everton raided into space down their left flank and eventually opted for an attempt that he sliced wide of Alisson Becker’s near post.

Diaz might have netted within seconds, released in behind only to see his dinked effort halted by Vlachodimos, but the Colombian would soon have a hand in Liverpool’s second of the night.

A stunning, raking pass from Alexander-Arnold reached Diaz inside the box and he nodded across goal for the waiting Mane to nudge into the net and complete an outstanding team move.

Diaz went close with a low drive wide of the left post and Salah was thwarted by Vlachodimos after another exquisite Alexander-Arnold set-up, while Rafa Silva slashed a shot too high just before the break.

The home crowd had few opportunities to cheer during the first half, but their team transformed the mood inside the stadium four minutes after the restart.

Silva got away along the right flank and when he sent a cross into the penalty area, Konate was unable to clear and Nunez pounced with an assured curler beyond the reach of Alisson.

Momentum swung significantly in Benfica’s favour immediately and they pressed strongly for an equaliser with fast, direct attacks at every opportunity.

One such passage drew a careful save from Alisson on the hour mark, the No.1 needing to get firm hands on a blast from outside the box from Everton.

Benfica had penalty appeals dismissed when Nunez tumbled under the attention of Virgil van Dijk as he tried to duck into a shooting spot inside the area.

Liverpool managed to quell the pressure in the closing stages in Lisbon and then extended their lead for the second leg back on Merseyside next week.

Keita carried the ball through the middle and threaded a pass to Diaz, who rounded the goalkeeper and pushed a finish into the open net to make it 3-1.