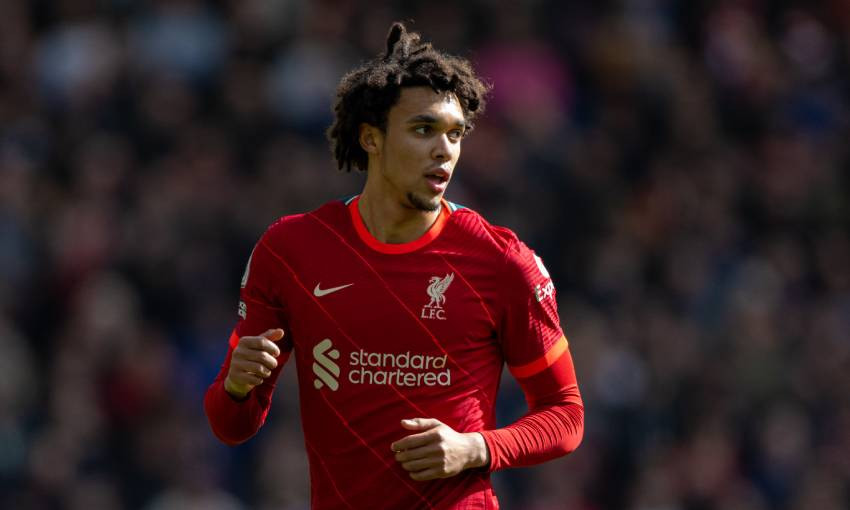 Jürgen Klopp has confirmed Trent Alexander-Arnold is set to resume full training ahead of Liverpool's encounter with Watford on Saturday.

The defender was ruled out of the Reds’ last outing – the Emirates FA Cup quarter-final win at Nottingham Forest – due to a hamstring complaint, which subsequently forced him to withdraw from international duty with England.

However, after working with the club’s medical team, Alexander-Arnold has returned to team sessions this week and it’s ‘possible’ he could be in contention for this weekend.

Klopp told his pre-Watford press conference: “Trent trained yesterday, parts, and will be in full training today – and we have to see what we do with it.

“I know and I heard how it is obviously in this country – it’s more than in other countries, I can tell you – Trent wanted to go to the national team, just to make sure that everybody [is aware]. He couldn’t.

“You can see the scans, with these pictures you cannot go anywhere. But sometimes injuries, thank God, are not that serious that you are out for five or six weeks; sometimes it’s two weeks and that’s the case with Trent.

“It will be tight for tomorrow but it’s possible after all I hear. It’s different if you are part of team training, it depends what you could do before and he was really with our rehab and fitness department, it was really intense what he did before he trained with us.

“So physically, he should be fine, now I have to make the decision about rhythm and these kinds of things.”

On whether the No.66 will ‘definitely’ be ready for next week’s Champions League trip to Benfica, the manager said: “I think so.”

Naby Keita is a doubt for the lunchtime visit of the Hornets, however.

Klopp said: “Yesterday Naby couldn’t train, felt a little bit here and there. I don’t know exactly yet, nobody called me yet about Naby for today. So we will see how he is for today. Apart from that, we had them pretty much all available.”

On the midfielder’s injury, which ruled him out of international duty for Guinea, he added: “Yeah, but that was kind of OK. Then he trained once and then he felt [it] again, so we need to see. Not sure if he will be, or can be, involved tomorrow.”