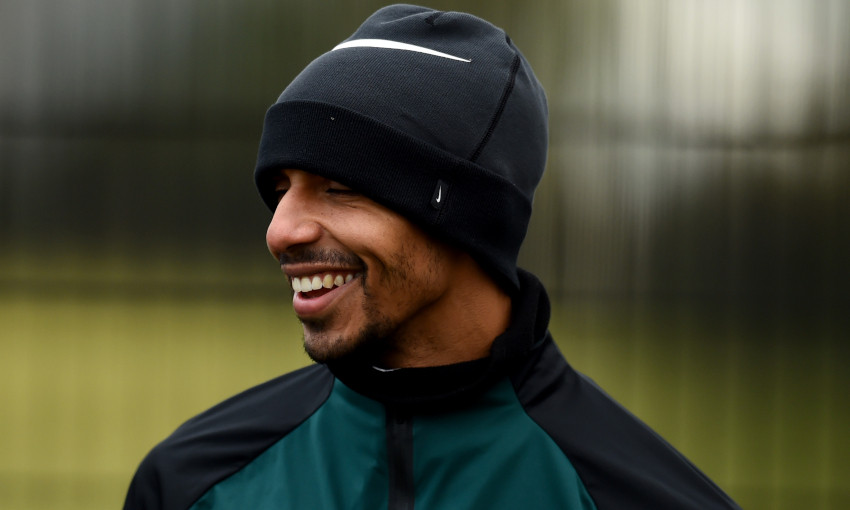 Jürgen Klopp has shared details of how Liverpool's players and staff reacted to the news Joel Matip had won the Premier League's Player of the Month award for February.

The centre-back was announced as the recipient of the divisional prize on Friday morning, pipping Che Adams, Ryan Fraser, Harry Kane, Ben Mee and Wilfried Zaha to the trophy.

Matip was instrumental in the Reds’ top-flight form during February as they claimed maximum points from four fixtures, even helping himself to a goal and assist.

And asked about the internal reaction to the news, Klopp told reporters: “Before training [on Thursday], we had a meeting and not everybody knew it then. I only saw when Thiago Alcantara put a picture in the group.

“I saw it there that he had the trophy in his hands, so I asked, ‘Is it really true that Joel [won POTM]?’ It was similar to the celebrations after the Carabao Cup, to be honest. It was really cool.

“Joel is a very, very famous figure in the group, in the team. He obviously gets not a lot of headlines and I have said a couple of times, I am not too much into individual prizes for football players, but I understand it a little bit. But if somebody should have won it then I think it really makes sense that for once it is Joel. It is really cool.”

Joel Matip ❤ The @PremierLeague Player of the Month for February 👏 https://t.co/HOaYOkahQp

Asked if he felt Matip was ‘underrated’, Klopp replied: “Yes, he definitely is. I don’t like to say it usually, but he definitely is. Believe me, if there is one person on this planet who couldn’t care less if we all underrate him, it is Joel Matip. He doesn’t even realise it, probably, he is just happy to be with these boys and playing football.

“He is a really smart person but not in these kind of things where he thinks, ‘My God, I should have a different status’ or whatever. Not at all, that’s why everyone was so happy that he got it.”