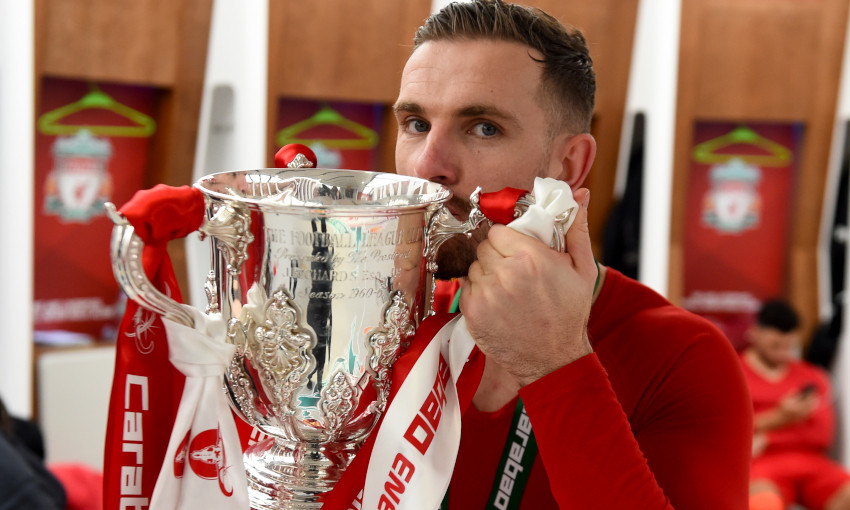 Liverpool's Carabao Cup triumph was made 'even more special' for Jordan Henderson by the fact it was achieved through contributions from the whole squad and Academy.

The Reds’ thrilling journey in this season’s competition ended in glory at Wembley on Sunday as they defeated Chelsea 11-10 on penalties after a dramatic 0-0 draw in 120 minutes.

More than 30 players, including several from the Academy, were used by Jürgen Klopp over the course of the run to the trophy, which made the success all the sweeter for the captain.

“That’s really pleasing as well,” he told Sky Sports post-match. “We’ve used all the squad from the start of the competition – the first team and Academy have all chipped in, which makes it even more special really.

“It’s very special to win trophies for this football club, no matter what the competition. It was a great opportunity for us and thankfully we’re on the right side of it. It’s always difficult when it goes to penalties, it’s never nice, but I thought the lads overall deserved to win.”

The re-appearance of the customary ‘Hendo shuffle’ as he collected the silverware brought an end to Liverpool’s decade-long wait to win the League Cup for a ninth time, which is a record.

The midfielder was, of course, there at Wembley 10 years ago this month when the Reds also won on penalties – against Cardiff City – for the first of his winner’s medals with the club.

“I can’t believe it’s 10 years on, it’s mad to think it was 10 years ago we won it and to come back and win it again was really special. Really special,” said Henderson.

“I never take for granted playing for this football club and how special that is. To be winning trophies is extra special. The fans deserve it, the players deserve it.

“It was a fantastic day and hopefully this can give us a little kickstart for the last few months of the season because there’s a lot of football to be played.”