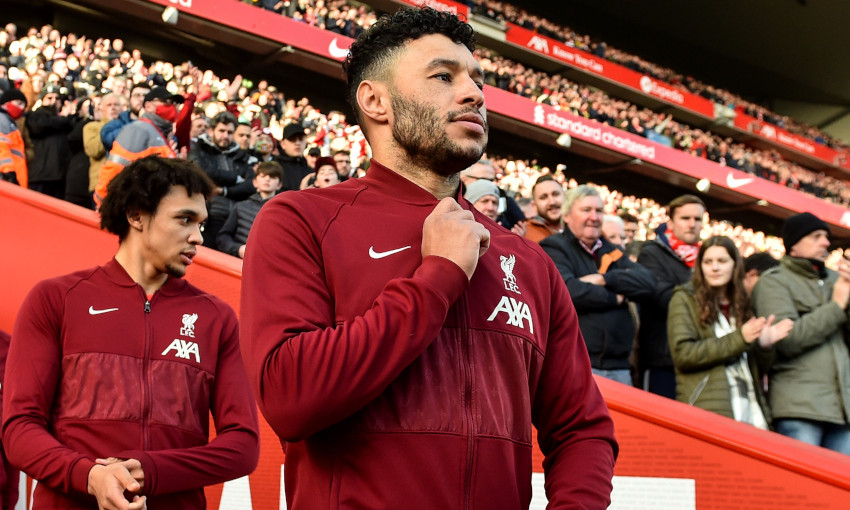 Liverpool are waiting to discover the extent of an ankle injury Alex Oxlade-Chamberlain sustained during Sunday’s 3-0 win over Brentford.

The midfielder was forced from the pitch in the 74th minute after seemingly picking up the issue when making a run into the penalty area.

Asked for an update on Oxlade-Chamberlain’s condition, Jürgen Klopp told his post-match press conference: “He was really good, but that’s a shadow on the game [and] we don’t know yet.

“He rolled his ankle and now we hope it's nothing serious but we will get the further – or final – information [at the] earliest tomorrow, that’s how it is these situations.

Oxlade-Chamberlain had earlier netted Liverpool’s second goal of the afternoon, glancing in a header from Andy Robertson’s cross, to cap a lively performance.

“Unfortunately, that's his life and especially the life of a footballer,” continued Klopp. “He did absolutely nothing wrong, it just happened.

“This is nothing to do with Alex, it could have happened to anyone. It would have been really average for everybody, so let's wait for it.