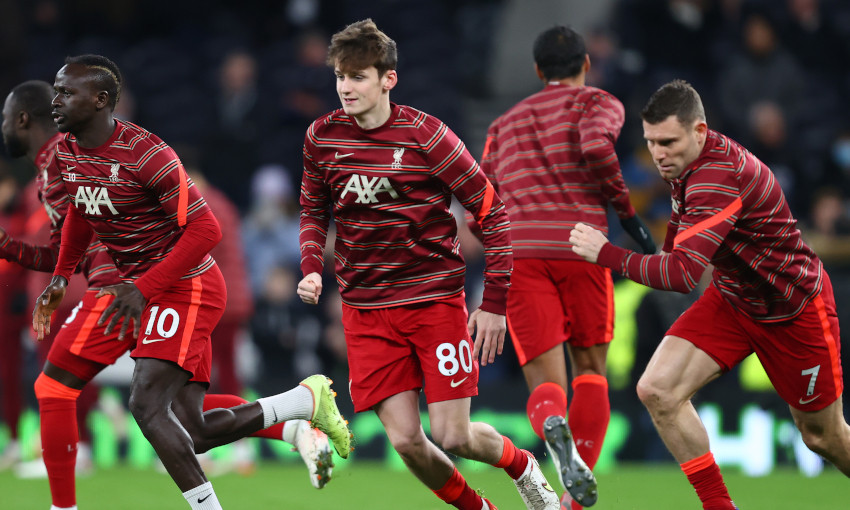 Jordan Henderson believes Tyler Morton is benefiting from soaking up everything he can from the senior players around him.

Academy graduate Morton has made seven appearances in the Liverpool midfield so far this season, including starts in the Champions League at San Siro and each of the past two games, against Tottenham Hotspur and Leicester City.

Henderson has been impressed by the manner in which the 19-year-old has taken those opportunities in his stride and praised Morton for his openness to taking on board advice from others in the squad.

“Tyler has been brilliant over the last few months, I really think he has improved,” the Reds captain told Liverpoolfc.com during a chat last week.

“He has obviously learned and listened to a lot of the lads around him in training and being around the lads, in the dressing room and in training, it will certainly help him. And I think that has helped him going into games, I think he has looked comfortable and he hasn’t looked fazed at all and he has done really well.

“So hopefully he can just carry on doing that. He is a great lad as well, he has worked extremely hard and I’m sure he’ll have a big future ahead of him.”