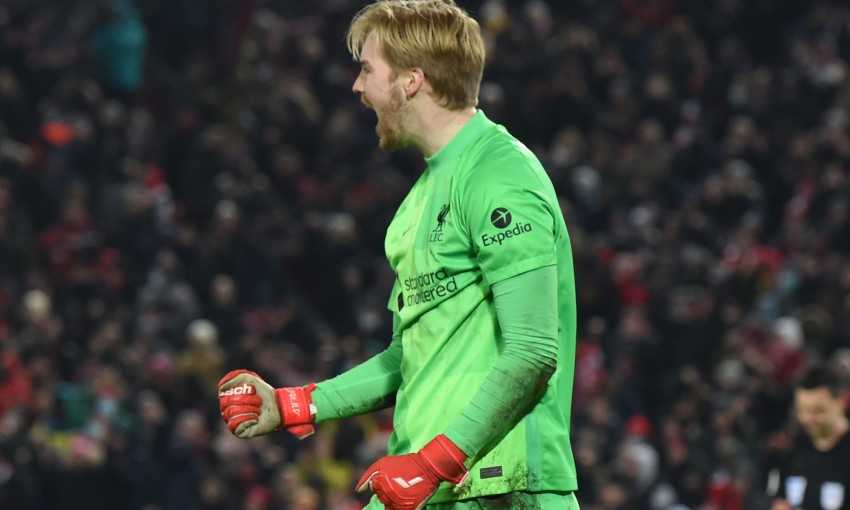 The goalkeeper made two saves as the Reds beat Leicester City 5-4 on spot-kicks following a thrilling Carabao Cup quarter-final that ended 3-3.

“It’s an exhilaration throughout my whole body!” Kelleher told Liverpoolfc.com, when asked how it feels to make Anfield erupt with noise by making crucial penalty saves.

“I don’t really know what’s happening, but when I made that save and I hear the crowd, it’s an amazing feeling, to be honest.”

Jürgen Klopp’s team trailed 3-1 at the break but mounted an impressive and spirited fightback in the second period, with Diogo Jota’s clinical finish preceding a superb stoppage-time leveller by Takumi Minamino.

They will now face Arsenal in the last four next month. 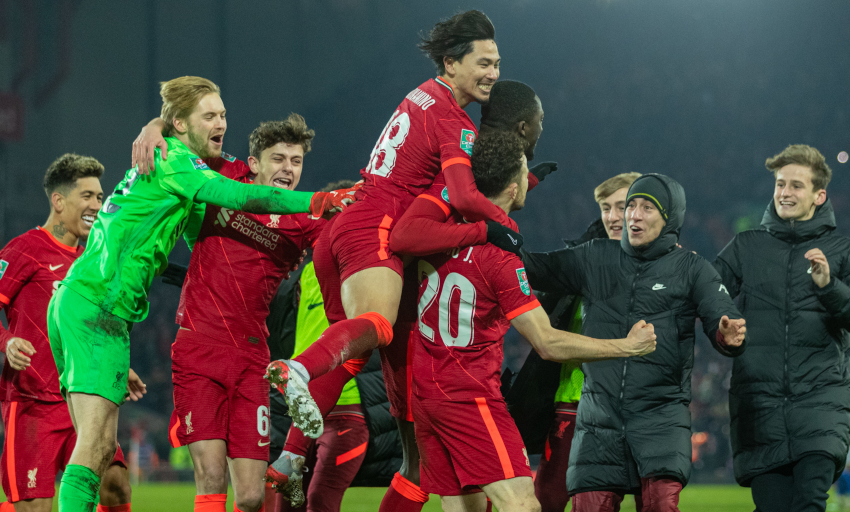 Caoimhin, how far away did that result feel at half-time?

Yeah, obviously we didn’t get off to a great start and at half-time we’re obviously 3-1 down, [but] we actually felt quite confident because the goals we gave away were kind of mostly our fault really, giving the ball away. The manager just said at half-time, ‘If you get the next goal this crowd will get up and anything can happen.’ So we always believe right to the end and that showed.

It was a game of two halves, with the experienced trio of Jota, James Milner and Ibrahima Konate making a huge difference after coming on at the break…

Yeah, definitely. I think some of the more senior boys coming on at half-time helped us a bit get that bit more control in the game and push forward. Mostly for the second half we were just camped in their half, so the senior players coming on did help us.

Yeah, absolutely. Like we always show, we never give up and always keep going until the end and like you saw, we got that goal at the end again because we never stopped believing and the crowd just kept pushing us on.

How much pressure was on Taki at that moment when he scored the equaliser? He brought it down on his chest and finished brilliantly…

Even though he took it down he still had a lot to do and obviously just hit a great finish. I was expecting him to score because I always do, but it was probably the last chance of the game and he was that composed. It was brilliant.

What is your mindset during a shootout? Do you see it as an opportunity to shine as a goalkeeper?

Yeah, I enjoy the moment, it’s a nice moment. There’s not much pressure on you, if you don’t save it [then] it is what it is, but I always relish it and enjoy the chance to try to make a save.

Just a word on John Achterberg, does he claim an assist for any of those saves?

Yeah! Honestly I put it all down to them because they do so much research and so much analysis into penalties and stuff. Honestly, it’s all down to the coaches, John and Jack [Robinson].

Finally, you’re in the semi-finals so is this a competition you want to go and win now…

Yeah, absolutely. We’re in the semi-finals now so two more games and then we’re in the final so hopefully we can get there.