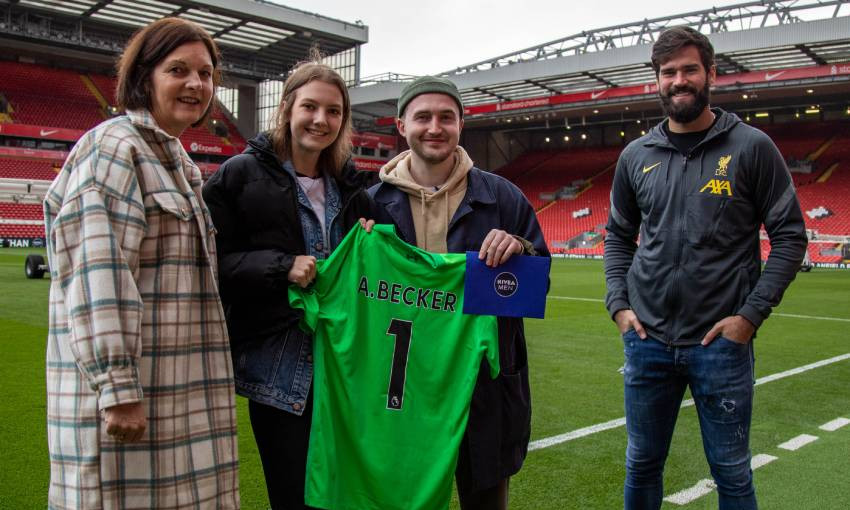 The latest in the NIVEA MEN 'Dear Liverpool FC…' series sees an emotional first visit to Anfield for one life-saving Reds supporter.

In this fifth instalment, the hero is Ethan Beckley, who at 21 years old donated bone marrow via leading blood cancer charity Anthony Nolan. This selfless act eventually matched with  Libbie Booker and saved her life.

Libbie was initially diagnosed with leukaemia at age 13 and relapsed aged 15, meaning a bone marrow transplant from a suitable donor was her only chance. There was no match, prompting the family to put out a worldwide appeal for a donor. Eventually a match was found in Ethan and thanks to his donation, Libbie – a Huddersfield Town fan – is now a leukaemia survivor.

In getting to know Ethan, they discovered he adored LFC, yet he’d never seen a live match or even been to the city. They wanted to change this. And so, a letter was sent to the club from Libbie’s mum, Susan, hoping to try to find a way to thank Ethan.

With the help of NIVEA MEN, Ethan was in for a big surprise. He arrives at Anfield to meet the family and thinks he’s heading on a tour of the stadium. Little did he know what was about to happen, but all becomes clear when he bumps into his hero, Alisson Becker.

Watch the emotional moment Ethan meets Alisson and Libbie for the first time in the video below.

Ethan’s decision to sign up to the Anthony Nolan stem cell register is what saved Libbie’s life. In the video he talks about his donation, saying: “I urge everyone to do it. It’s so easy to do and helps so many people.”

“Anthony Nolan’s selfless stem cell donors can make an incredible difference to the lives of blood cancer patients. Ethan has given Libbie a second chance of life, and for that he should be extremely proud.

“Every day, at least five people need our help finding a matching unrelated stem cell donor and we want to be able to find a match for every person who needs a transplant. We particularly need more young men to join the Anthony Nolan stem cell register, as they are most likely to be chosen to donate. By signing up, you can give hope to blood cancer patients, like Libbie, in the future.”

NIVEA MEN will also be using their platforms to promote the work Anthony Nolan do and to help increase awareness for people to sign up to the stem cell register to donate, just like Ethan, and save someone’s life. This will include using their pitchside LED advertising and programme advert for Saturday’s game with Aston Villa at Anfield.