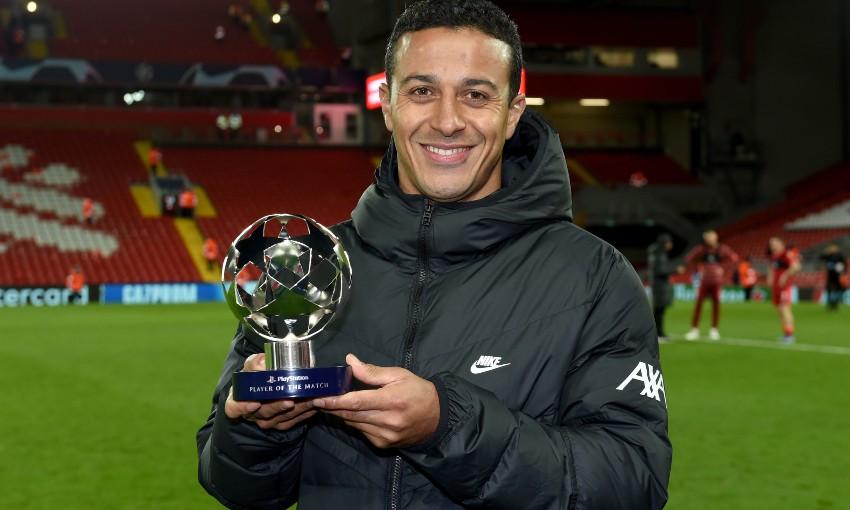 The No.6 rifled home an unstoppable long-range drive to put the Reds a goal up in Wednesday night’s Group B fixture at Anfield.

Mohamed Salah then added a second as Jürgen Klopp’s side – who had already secured top spot in the pool - maintained their 100 per cent winning record in competition this season.

“So I’m really happy for it. I am really glad that the action was the beauty that I like to bring in football. I am happy for it.

“In the end we are talking about Champions League nights. The games are special against big teams and the small details make the difference. A couple of details we had during the game were the two goals and we were more efficient than them in the last quarter of the pitch.”

He continued: “You know that he has this inner talent that makes him different with his age.

“He has a long path, everybody knows that it is very difficult to arrive to this level of football, but the path will be easier for him because of his talent and also his intelligence – not just during the game, but watching it. He will have an unbelievable future here, I think, in this club.”