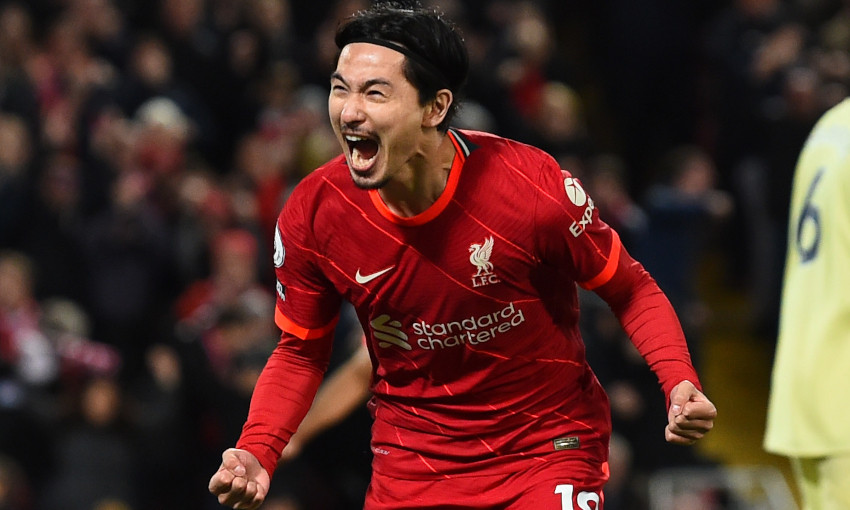 Jürgen Klopp has highlighted the contributions of two players who came off the bench during Saturday’s 4-0 win over Arsenal at Anfield as an example for others seeking to ‘earn the right’ to play.

Takumi Minamino required a matter of seconds after being introduced to score Liverpool’s fourth against the Gunners, tapping in Trent Alexander-Arnold’s centre with his first touch on 77 minutes.

Meanwhile, shortly after, Tyler Morton was brought on to claim a first Premier League appearance at the age of 19, adding to the two League Cup runouts he tallied earlier in the campaign.

Writing in his column for the official matchday programme, Klopp said: “We have so many players at the moment who are, on a daily basis on the training pitches, earning the right to play in this wonderful team. I could pick out a number of examples, but I would like to highlight Takumi Minamino.

“Taki scored for us at the weekend after being on the pitch for a matter of seconds and I promise you there will not have been a more popular goalscorer in our group at that moment. You could tell that from all of our reactions.

“This is of course partly because we love him as a person. He has such a warm and generous soul. However, it was far more than just his endearing personality that made us so pleased. It was because of the attitude he shows and the contribution he makes day in and day out.

“Without question he is a person who helps set our standards. I cannot praise highly enough the level he shows in training. He takes the maximum possible from each session. He is a coach’s dream.

“Being ready to contribute is a prerequisite for being a member of our group. Taki has been the epitome of it this season, along with others and it will be an important quality for us going forward.

“The other individual I want to mention following the weekend’s action against Arsenal is Tyler Morton. It would not have been lost on our supporters that our bench that day had a fair share of youthfulness about it. I heard all the ‘past their bedtime’ jokes. Tyler came on and the image of him being embraced by Thiago as he entered the pitch was really quite something.

“Tyler represents everything that is great about young footballers at our club. I know how highly Alex Inglethorpe and the Academy staff rate him. What a job they continue to do.

“He doesn’t need any more expectation placed on him, so I am not going to write a ‘love song’ here about what he is going to do in the game or what sort of player he is and might be. We will see on that and he will write his own story. But it is the person he is that makes him very special.

“He earned those Premier League minutes and in doing so set an example to the young players who will inevitably follow him. He is such a credit to himself and his family. His job now is to continue to lean in to the best personal qualities that have helped him to this point. That is all: be the same guy who treats each second with the first team as an opportunity to learn and be better.” 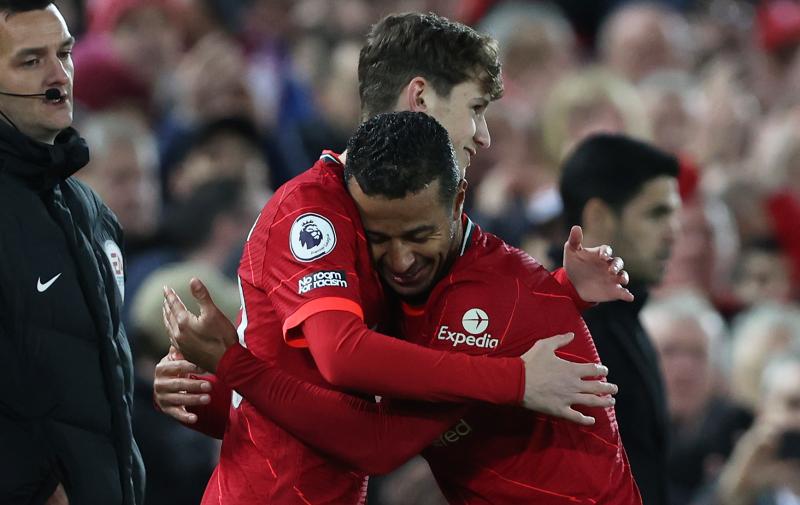 Klopp’s sentiments were echoed by Jordan Henderson, who structured his own column in the programme around the same theme.

“As a player you always have to be ready,” the captain wrote. “Until the team is picked, you never know when a starting place might become available or an opportunity to come on as a sub might present itself.

“It is all about having the right approach and the right attitude in all circumstances and in this respect I thought Taki Minamino set the perfect example when he came on against Arsenal on Saturday.

“I’ve no doubt that there will have been many who thought that the game was already won by the time that Taki was introduced, but everything he did from his warm-up to his warm-down was top-class and this was why he was able to score so soon after coming on.

“He didn’t just deserve that goal, he earned it and the mentality he showed was exactly the one that we are always looking for whether starting, coming off the bench or just being part of the squad.

“The same goes for the young players from our Academy who were also on the bench on Saturday. Everyone was delighted to see Tyler Morton get on and I’ve no doubt this was an unbelievable moment for him, but it shouldn’t be overlooked that Owen Beck, Conor Bradley and Kaide Gordon also did their bit by being part of a squad which achieved a really good result.

“They should all be proud of that and hopefully the experience will spur them on to wanting more and more opportunities in the weeks, months and years to come.

“The first thing that they all need to do is recognise that they earned their place in the squad. It wasn’t given to them because we like them or because the gaffer and his staff wanted to do them a favour. It was earned over a number of years by the way they have trained, played and conducted themselves.

“As someone who went on the same journey as a young player in this country, I can safely say that you never stop having to earn it either. In many ways the hard work is only just beginning.”

Pick up a copy of the official matchday programme at Anfield, or order online here.