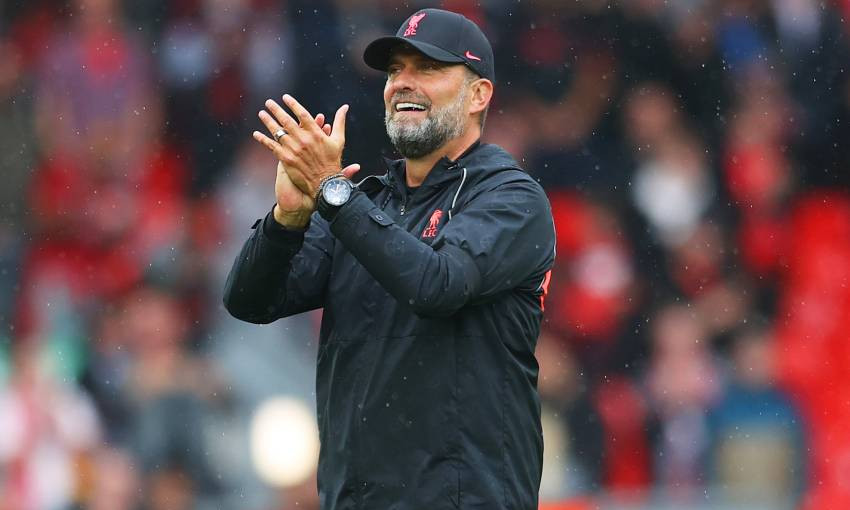 Victory at Manchester United this afternoon would be Jürgen Klopp's 200th as Liverpool manager.

The Premier League encounter at Old Trafford will be Klopp's 331st game in charge of the Reds.

If his side take at least a point, the German will become the first manager in the club's history to record seven successive league fixtures against United without defeat.

Read on for more facts and figures ahead of the 4.30pm BST kick-off...

Mohamed Salah could become the first player in history to score at United in three successive Liverpool visits in all competitions.

Should he find the back of the net, Salah will also become only the second Reds player ever to score in his team's first five away league matches of a season – joining Sam Raybould, who did so in five during 1902-03.

Roberto Firmino has scored each of his last 12 Liverpool goals away from Anfield (10 of which have come in the league) – the longest run by any player in the club's history.

Trent Alexander-Arnold made his first Premier League start for the club at Old Trafford back in January 2017.

The Reds have scored in each of the last 21 away games in all competitions since the 1-0 loss at Southampton in January.

They have scored at least three goals in each of the last eight away matches in all competitions and in nine of the last 10.

In the Premier League, Klopp's men have scored 27 goals in the last nine away fixtures.

Liverpool are unbeaten in the last three visits to Old Trafford in the league and could make it four for the first time since October 1992.