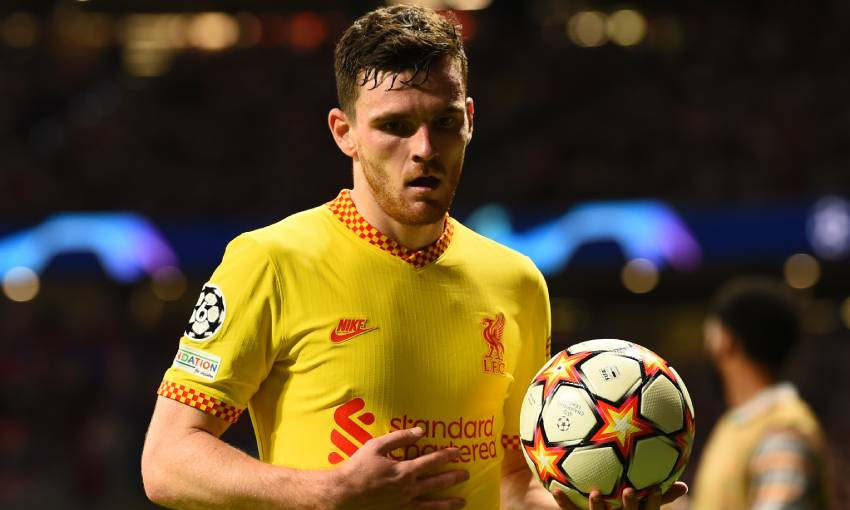 Andy Robertson has been delighted with Liverpool's strong start in the Champions League but stressed their work is far from complete.

The Reds sit five points clear at the top of Group B after matchday three, having claimed a significant 3-2 victory away at Atletico Madrid on Tuesday evening.

Mohamed Salah's second-half penalty at Estadio Metropolitano ensured it was three wins from three for Jürgen Klopp's men in Europe this term.

"It's such a good start to the campaign but now it's important that we see it through and we qualify with as many games to go," Robertson told Liverpoolfc.com.

"If it's possible to qualify in the next game, we want to do it of course. It's always easier when you can do it with two games left or one game left, but the aim is still to qualify and hopefully finish top of the group – but it's a really tough group.

"To get the nine points to start, it's a fantastic start and we know Atletico don't get beat here very often.

"The fact we've come away with the points is the most important thing. An ugly win but sometimes they're the better ones.

"To get nine points out of nine is so important. We've now got them back at Anfield in a couple of weeks and we need to probably play better than we did and hopefully be as clinical as we were. Hopefully that will be enough to see us through."

Prior to Tuesday's action-packed contest, Diego Simeone's side had only been beaten twice in the last 59 matches at their home ground.

The Spanish champions battled back from being 2-0 down after 13 minutes to level the tie, before Liverpool were handed an advantage when Antoine Griezmann was sent off in the 52nd minute.

Robertson continued: "That shows you how good they are, especially at home, how difficult they can make it.

"We got off to a dream start and maybe people at home started thinking it was going to be an easy night but we knew it wasn't going to be.

"From our point of view, we've got to try to stay strong there. We can't concede the goals we conceded but it was important to hit the reset button at half-time, come out and try to do what we did in the first 20 minutes.

"I think in the second half we were a bit more composed, better on the ball, taking chances. I think we deserved the three points in the end."