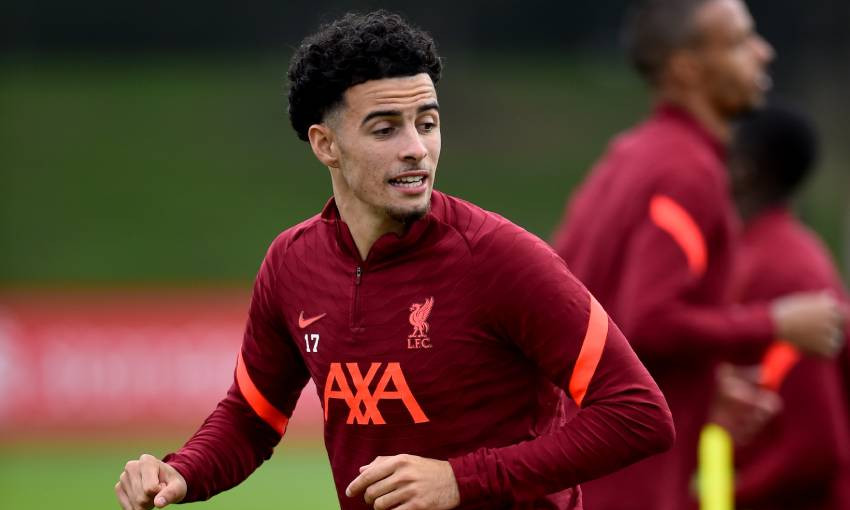 The No.17 remains sidelined with the minor injury that forced him to sit out the victory over Watford at the weekend.

Speaking at his pre-match press conference on Monday, Klopp said: "Unfortunately, Curtis was only with us in the warming up and will be here in Liverpool to hopefully make the final steps to full training.

"Today he did only warming up and then did his stuff, but still individual training and we decided to leave him here to continue that. And then hopefully he is ready for United."