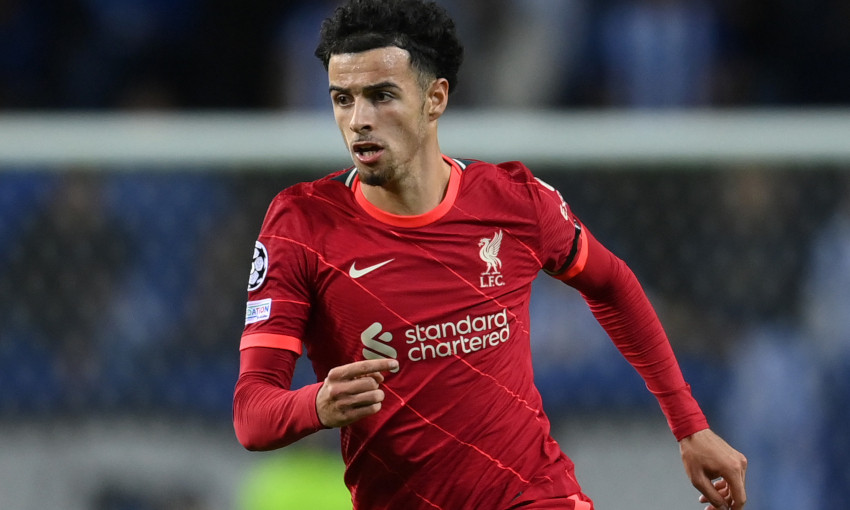 Curtis Jones has detailed his pride at reaching 50 Liverpool appearances as he sets out his ambitions for the next half-century.

The Academy graduate reached the milestone at senior level when he started last month’s Carabao Cup victory at Norwich City.

That game marked the beginning of a run of four successive starts for the Reds before the current international break, in which Jones netted at Brentford and was involved in every goal as FC Porto were beaten 5-1 in the Champions League.

The No.17 recently spoke to the official Liverpool FC matchday programme about achieving the landmark of 50 matches for his boyhood club, his ability to play different roles in the side, and the future.

Read his replies below…

On reaching 50 games for the club…

It was huge, a really proud moment. I didn’t even know Norwich was going to be my 50th game. It’s not like I keep count of games. Each game just comes along and I’m not thinking ‘this is my 23rd game’ or whatever. I didn’t really set myself any targets when I started my journey, it was more me just being around the squad. That was huge. All my life I have dreamed of playing for the club so to even have made one appearance would, for me, have been amazing. But 50? It’s mad, unbelievable.

50 appearances for my boyhood club😍, topped with a great result. Well done boys🔥💪 Thank you for your support alway… https://t.co/LdRoG4rCaD

On playing in different positions…

I’m definitely more disciplined. I just don’t go mad and run off with the ball and try to shoot and score now. I’m playing at 8 or 10 and the aim of that is for me to get into the box, be more like a box-to-box type of midfielder. The way we play, the 8 and the 10 try to score goals and assist goals, but at the same time you have to go and press and pick up on second balls. That’s the other side of the game.

Playing as a 6 at Norwich was new to me, but I handled it well I think. I played there at U17s level so I kind of knew what I was doing [laughs]. It was more about being disciplined, being smarter and knowing that if I was going to make a run into the box I needed to speak with Ox or Naby to say, ‘Stay there, cover in’ or else there would be a huge gap in the middle of the pitch.

I’ve played everywhere, but I just enjoy it. I want to get on the pitch and play. The gaffer and the staff know that as soon as I’m called upon – whether it’s at right-back, midfield, anywhere – I’ll go out there with a smile on my face and be exactly the same kid that I am. I enjoy it and I give 100 per cent.

On his aims for the next 50 games…

I’ve not really thought about it but I’d say being consistent and trying to become a regular starter. There are times when you are out of the team for different reasons. It could be an injury, you could be rested, it could be anything. But as a young kid who is fit and determined to do well at the club, I just want to stay in the team for as long as I can and get as much game time as I can.

Obviously I want to get goals and assists and to help the team as well because I want to put a huge smile on the fans’ faces. That’s what I always try to do anyway. So I wouldn’t say I have a main goal in the next 50 games. I’m not thinking I want to score this amount of goals or get this amount of assists. It’s not really a case of that, it’s more about being consistent and staying in the team for as long as I can. If that happens hopefully the goals and assists will come along anyway.