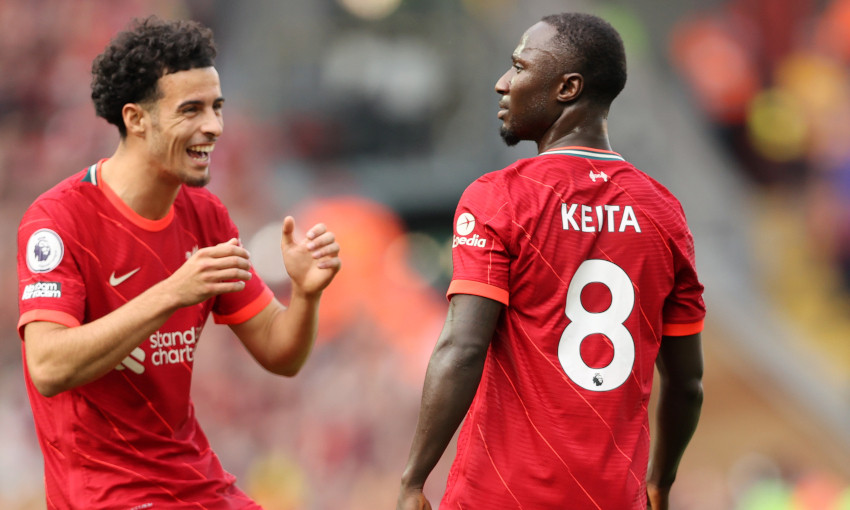 A sweet, left-footed strike from the No.8 at Anfield pipped Mohamed Salah's finish in the 3-0 Premier League victory in our fan poll on Liverpoolfc.com.

In third spot was the well-taken winner from Jordan Henderson in the Reds' Champions League opener at home to AC Milan.