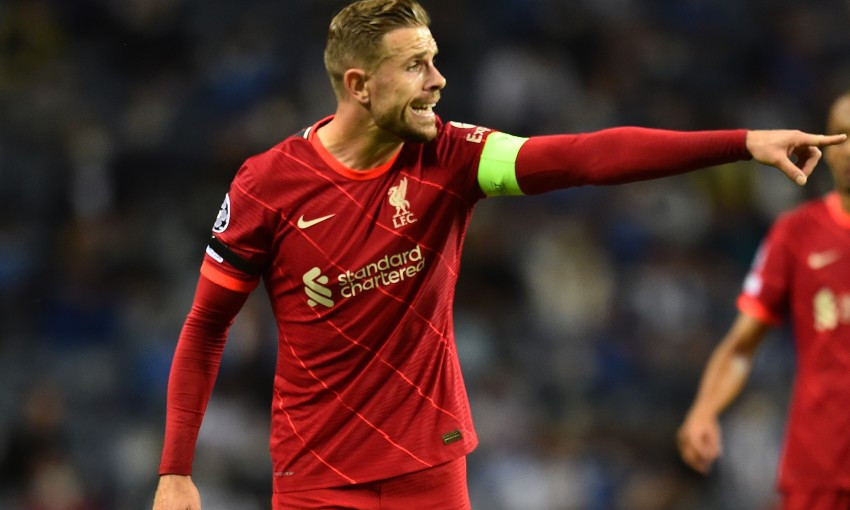 Jordan Henderson considers Liverpool's 5-1 win over FC Porto to have been a perfect precursor to Sunday's meeting with Manchester City.

The Reds delivered an outstanding performance in the Champions League on Tuesday night, with braces by Mohamed Salah and Roberto Firmino, along with Sadio Mane’s goal, earning another comprehensive victory at Estadio do Dragao.

Attention within Jürgen Klopp’s squad now returns to domestic matters and an Anfield clash between the sides that go into this weekend first and second in the Premier League table.

“One hundred per cent,” Henderson told Liverpoolfc.com post-match, when asked if the win in Portugal represented the ideal way to warm up for Sunday.

“It’s a good performance tonight but a really tough game at the weekend [against] a fantastic side so we need to recover well, prepare our best for that game because it will be an intense game and we need to just give everything like we always do.

“I think we’ve got about four days until Sunday so we’ve got some time on the grass to prepare and get ready for the big game.”

Good way to mark 400th appearance but tonight was for Sir Roger Hunt. Our thoughts go out to his friends and family… https://t.co/ZjTLeAddv4

Henderson also stated Liverpool were determined to re-assert one of their core principles against Porto following the 3-3 draw at Brentford a few days earlier.

“Counter-press is key in a lot of our games, to be honest,” the captain explained.

“We weren’t quite at our best at it in the last game, so we wanted to make sure we were today and we certainly were. You get your rewards, some of the goals come from that and overall I thought we were very good.”

And on the team’s collective display at the Dragao, Henderson noted: “The overall performance, I thought, was really good – disappointed to concede I’m sure, but overall we’ve got to be delighted. It’s a tough place to come, they are a good team, so [we are] delighted with the performance and the result.”