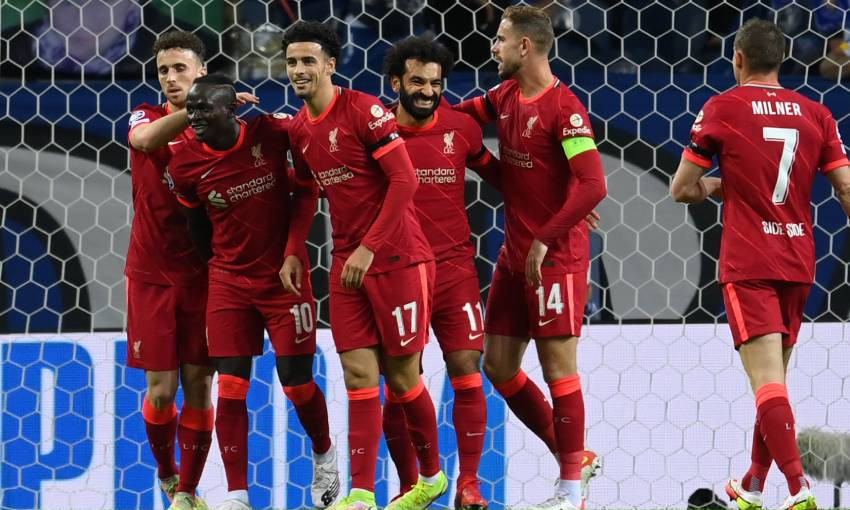 Liverpool maintained first place in their Champions League group on Tuesday evening with a convincing 5-1 victory away at FC Porto.

The Reds have a two-point lead at the top of Group B thanks to braces from Mohamed Salah and Roberto Firmino, along with a Sadio Mane goal, at Estadio do Dragao.

Salah opened the scoring in Porto after 18 minutes before Mane doubled the visitors' lead at the end of the first half.

The Egyptian made it 3-0 following a sweeping move after half-time, though Porto then grabbed one back with Mehdi Taremi's header.

But Firmino came off the bench to net the Reds' fourth and fifth in the final quarter of an hour of the contest.

There was an enforced change for the Reds, with James Milner replacing Trent Alexander-Arnold, who was ruled out with a groin issue.

A slow start to the contest was interrupted by bold, attacking play from Curtis Jones to produce the opener.

Cutting in from the left, the No.17 shifted the ball onto his right foot to attempt to curl the ball into the far corner. Porto goalkeeper Diogo Costa could only parry it out to a central area, with Salah reacting quickest to poke home.

Diogo Jota went close twice not long after but was denied by a well-timed block and then smart save from Costa.

Liverpool continued with their dominance. Jordan Henderson tried to send a free-kick from the left into the top corner, only for Costa to tip it behind for a corner.

But the deserved second goal arrived right on the stroke of half-time.

A lovely move ended with Milner, right-sided full-back for the evening, sending a brilliant cross into the box which caused hesitation for those in a Porto shirt nearby. Mane was on hand at the back post to capitalise and tap in, establishing a two-goal lead at the break. 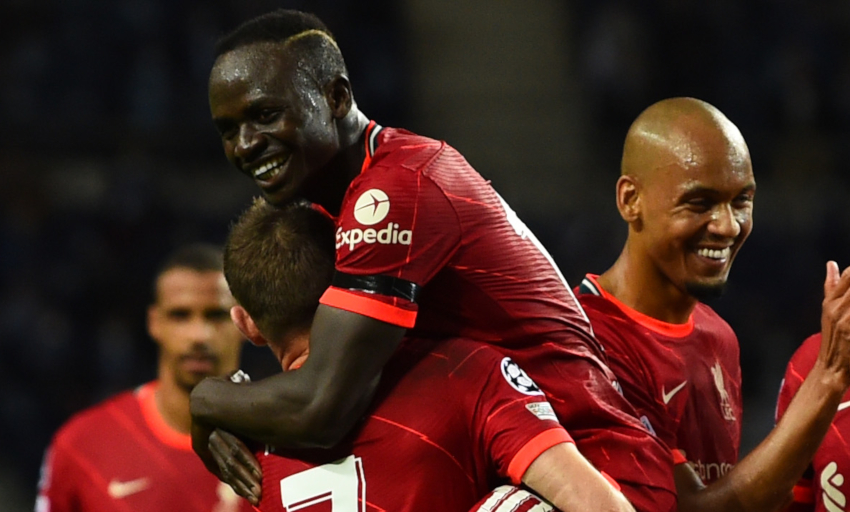 Liverpool looked to add to the scoreline, rather than settle for what they had.

In the opening exchanges of the second period, Andy Robertson forced a stop from Costa, who then made a vital interception when Jota pounced on a loose header from Jesus Corona.

More probing play from Jones led to 3-0. The No.17 pinched possession in a central area, carried the ball forward and then expertly played in Salah, who slotted past Costa.

At the other end, Alisson Becker was alert to keep out a low powerful effort from Vitinha.

Jota displayed neat footwork inside the box and should have netted a fourth, but found the side-netting with his finish. The hosts then pulled one back in the 75th minute when Taremi sent Fabio Vieira's cross past Alisson with a header.

But Liverpool quickly restored their three-goal advantage when Firmino pipped the onrushing Costa to a ball over the top around 30 yards away from goal. The No.9, who came on in minute 66, rolled the ball towards the empty net, with the 'keeper unable to stop it from crossing the line.

A lengthy VAR review eventually awarded the Reds their fifth goal. Jones' long-range strike was blocked inside the 18-yard box and Firmino reacted first to the loose ball and sent it into the back of the net to complete the night's scoring.