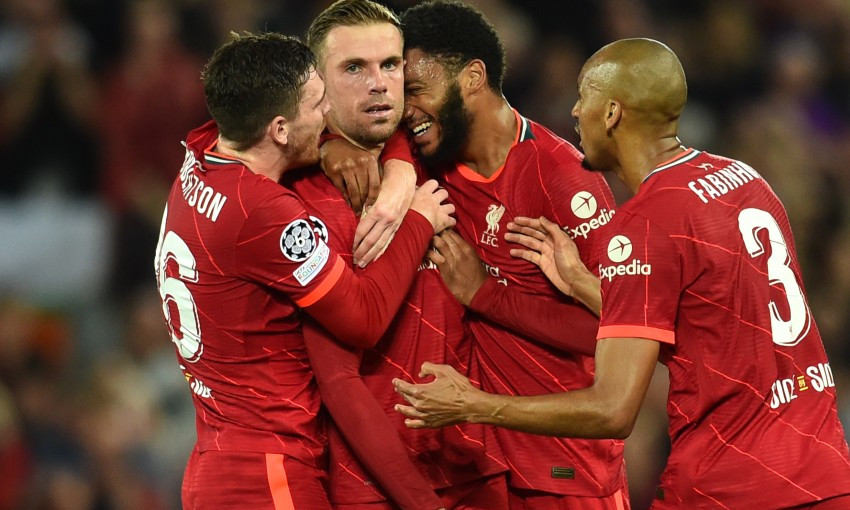 Jordan Henderson could make his 400th appearance for Liverpool tonight.

The captain will become the 27th player to reach that milestone should he be selected against FC Porto in the Champions League.

If Henderson features at Estadio do Dragao, he would also become only the 14th man to play 60 games in Europe for the Reds.

Should Sadio Mane score, he will join Michael Owen in joint-third place on the club’s all-time European scorers list with 22 goals, with only Steven Gerrard and Mohamed Salah above them

Liverpool are unbeaten in eight previous meetings with Porto (five wins, three draws) and have scored nine goals in their last two visits to the Dragao

Diogo Jota scored his first Liverpool goal a year ago today, the Portuguese coming off the bench to net against Arsenal