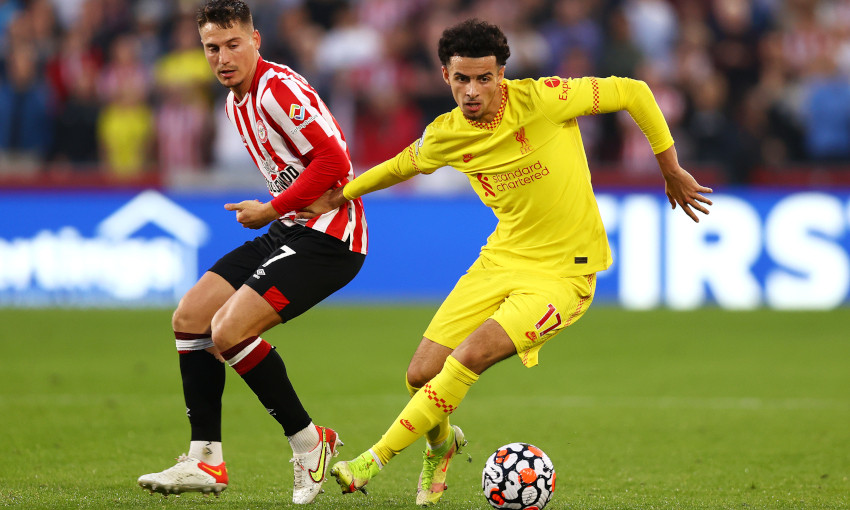 FC Porto v Liverpool: How to watch and follow the game

Curtis Jones expressed the collective disappointment felt by Liverpool after being denied three points in a frantic 3-3 draw with Brentford on Saturday.

The No.17 hoped to have struck a winning goal when he cut in from the left-hand side and powerfully sent a shot past David Raya with the help of a slight deflection to make it 3-2 during a dramatic Premier League encounter.

Jones’ effort came after strikes by Diogo Jota and Mohamed Salah – the latter’s 100th in the Premier League for the Reds – had overturned an early deficit, only for the hosts to level.

And the Bees produced another equaliser eight minutes from time, Yoane Wissa clipping beyond Alisson Becker, to leave Liverpool frustrated in the capital.

“I got the ball and came inside and it opened up, so I saw the goal and I just hit it. I was fortunate enough that it went in,” Jones told Liverpoolfc.com post-match.

“But I’m disappointed that we never came away with all three points and we’ll definitely be going for them for the next game.

“We came here and we played well but they’re a good side as well, so I thought a draw was actually fair. They’re a very good side, they were hard to play against, so fair play to Brentford.

“That’s what happens, you know – it’s the Premier League and the teams are all good. If you’re not at 100 per cent, you get punished.”

Tough game, disappointed not to take all 3pts today. We Keep Going! 💪 https://t.co/ULoXgaLyLo

Jones had retained his place in Jürgen Klopp’s starting XI for the trip to Brentford Community Stadium, having also faced Norwich City in the Carabao Cup earlier in the week.

The midfielder is feeling in good shape during these early stages of the campaign and is determined to keep using any opportunities that come his way to impress the manager.

“I’ve come onto the pitch twice, I’ve started twice and I’ve felt sharp. So, I’ll try my best to carry on,” he added.

“It’s very early days, of course. The gaffer has a strong team. The only thing I can do is come on and try my best.”