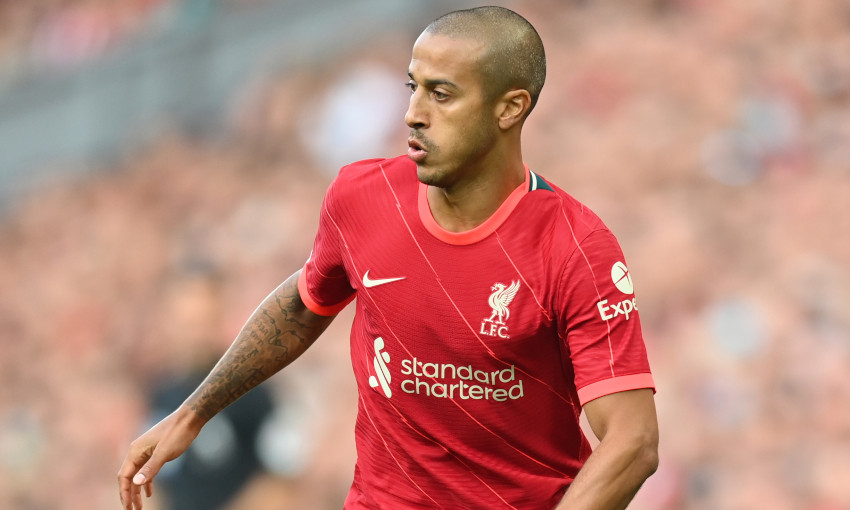 The midfielder sustained a calf issue during last weekend’s Premier League win over Crystal Palace at Anfield and is set to miss Saturday’s trip to Brentford.

Klopp revealed Thiago is also likely to be ruled out of the subsequent fixtures with FC Porto and Manchester City.

The boss told his pre-match press conference: “It’s not 100 per cent clear when Thiago will be back. It’s a muscle in the calf issue, so after the international break probably – I don’t think there’s anything earlier possible. We will have to see.”

Meanwhile, Liverpool are continuing to monitor the foot issue Naby Keita picked up in the first half of the Carabao Cup tie at Norwich City on Tuesday.

Like Thiago, the problem will keep the midfielder out of the Reds’ next outing and potentially the Champions League tie in Portugal that follows.

Klopp said: “[It’s] nothing really serious, but it keeps him out of the next game for sure – and maybe a little bit longer, we have to see.

“It’s nothing serious but it’s obviously painful and we have to see how we can deal with it. Of course, it’s not cool when players have had a good pre-season, could play a lot of games and now are out. That happens throughout a season and hopefully when they come back then that’s it and they can play the rest of the season, that would be extremely helpful.”