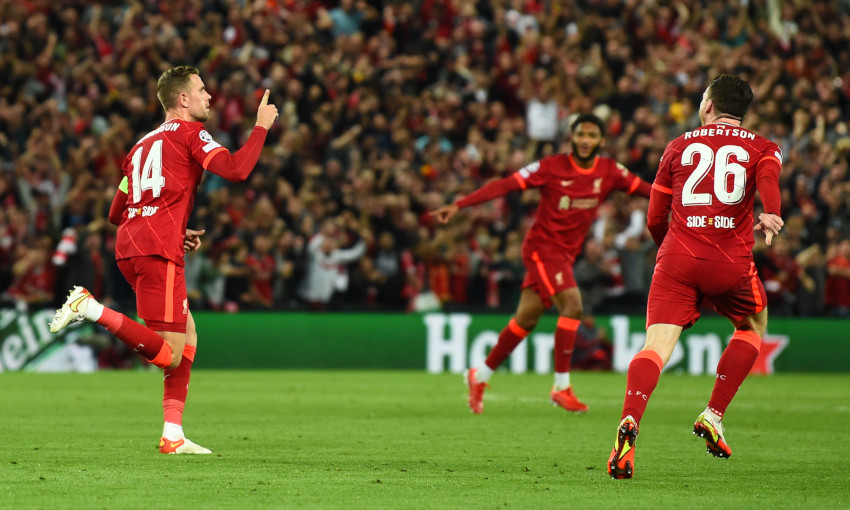 Jordan Henderson's emphatic winning strike against AC Milan is shortlisted for the Champions League Goal of the Week award.

The Liverpool captain secured a 3-2 result for his side in Wednesday’s Group B opener at Anfield when he thumped a first-time shot into the bottom corner from 20 yards midway through the second half.

Henderson’s sumptuous finish is in the running to claim the title of the best goal in the Champions League during this week’s first round of group fixtures.

He is competing with efforts by Jack Grealish, Ante Rebic and Adama Traore – and you can cast a vote for the Reds man at uefa.com now.