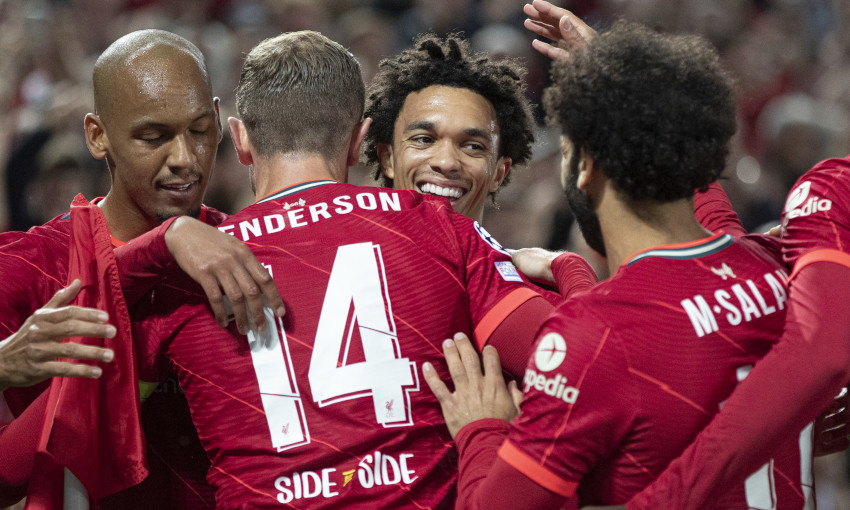 Liverpool kicked off their 2021-22 Champions League campaign with a thrilling 3-2 victory over AC Milan at Anfield on Wednesday night.

The Reds recovered from finding themselves 2-1 down at the break to win, thanks to second-half goals from Mohamed Salah and Jordan Henderson.

Here are five talking points from the evening...

It was a night where Liverpool brushed off setbacks to come back fighting.

'A brilliant game, very exciting and very entertaining' was how Jürgen Klopp summarised the tie afterwards.

Klopp's side will have entered the dressing room at half-time wondering how they were behind after a dominant first-half display.

Tenacious work from Trent Alexander-Arnold saw Fikayo Tomori deflect into his own net to put the Reds ahead, before the visitors responded themselves with two goals in 110 seconds.

Salah, who missed a penalty – just his second unsuccessful spot-kick for the club – when it was 1-0, made amends by levelling.

That equaliser raised Liverpool's intensity and the decibel levels at Anfield, culminating in Henderson's match-winning volley.

Klopp added: "It's really good that we won this game tonight because obviously you need each point in this group to get through."

A stunner settles it

It was a fitting way to decide a fine spectacle.

Henderson instinctively reacted when Alexander-Arnold's corner was headed clear. On the edge of the box, he wrapped his right foot onto the clearance and within a flash it had beaten Mike Maignan in the Anfield Road End net. 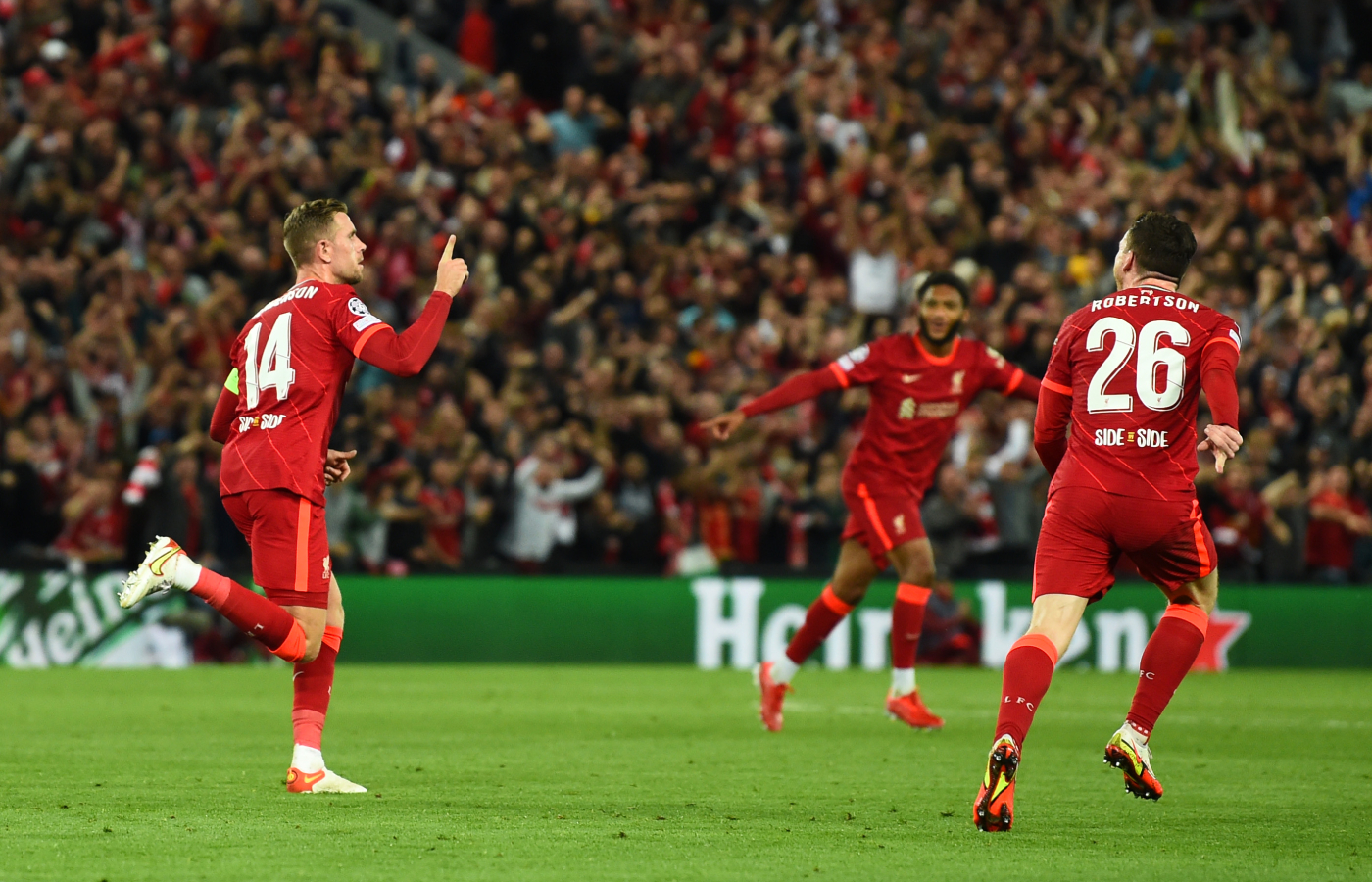 It represented his first goal in the Champions League since netting against Ludogorets in 2014, with the captain determined to deliver more.

After collecting UEFA's Player of the Match award, he said: "It's been a while so it's always nice to score a goal and if I'm going to be playing a little bit further forward in that position, I think I need to be chipping in with a few more goals as well."

Another game, another feat achieved by Liverpool's Egyptian King.

Not content with netting his 100th Premier League goal a few days before, the No.11 is now Liverpool's joint-highest scorer in European Cup fixtures at Anfield.

His 49th-minute finish – set up by fine work from Divock Origi – was his 14th at L4 in the Champions League, moving him level with Steven Gerrard.

A great night was made even sweeter by setting the pace in Group B.

Liverpool top their pool after Atletico Madrid were held to a goalless draw by FC Porto.

The Reds have now won their opening home game in seven of their last eight Champions League campaigns, and the chance to build on the positive start arrives on September 28 when Klopp's men travel to Portugal.

A lucky Liverpool supporter left Anfield with a special gift hand-delivered by the boss.

In minute 37, referee Simon Martiniac called a halt to proceedings due to the ball being deflated. Klopp subsequently asked Simon Kjaer to pass him the ball in question, with the AC Milan defender duly obliging.

It was then thrown into the lower Main Stand and claimed by an alert fan after a few failed attempts from others – prompting Klopp's trademark grin.

Even more reason to remember a memorable night. Just don't try to bounce it.