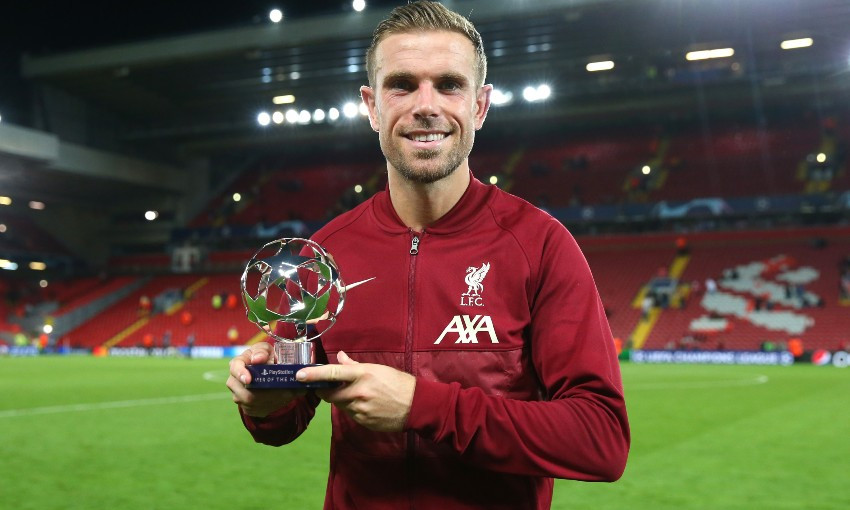 Jordan Henderson was delighted to score the winner and ensure Liverpool edged a ‘rollercoaster’ of a Champions League tie with AC Milan.

The Reds emerged as 3-2 victors from an eventful Group B opener at Anfield, with Henderson’s crisply struck, second-half drive sealing all three points.

“Yeah, it’s very nice to get back on the scoresheet!” the captain, who was named UEFA’s Player of the Match, said.

“It’s been a while so it’s always nice to score a goal and if I’m going to be playing a little bit further forward in that position I think I need to be chipping in with a few more goals as well. So it was nice to get on the scoresheet and find the winner.”

A fast-paced and dominant start to the game saw the hosts take an early lead as Trent Alexander-Arnold’s shot deflected in off Fikayo Tomori, before Mohamed Salah had a penalty saved by Mike Maignan.

And, having weathered the early Liverpool storm, Milan went in at the break 2-1 up thanks to two quickfire goals in the closing stages of the first period.

However, Jürgen Klopp’s team, roared on by a vociferous home crowd, hit back with an equaliser by Salah and Henderson’s winner.

On what the game was like to play in…

It was a good game. It was a bit of a rollercoaster and I’m sure it was very good to watch as a neutral. It was nice to have fans back [at] a European night at Anfield, an amazing game in the end. I thought for the majority of the game our performance level was really good, obviously we had a spell towards the end of the first half, the last 10-15 minutes, where we weren’t quite at it and we were a little bit sloppy and we got punished with two goals. So, [we were] going in at half-time a little bit disappointed that we were behind but went through some finer details and what could help us in the second half and the lads came out and performed extremely well in the second half and managed to find a win, so overall we’ve got to be delighted.

On how the way Liverpool won says a lot about the character of the team, and the importance of the three points…

Very important. First game, you want to take three points and get them on the board early, especially at home, so we’ve got to be really pleased with that. But again, I think the performance level for 70-75 minutes was very good and we just need to learn about that 10-15-minute spell and make sure that doesn’t happen too often otherwise you’ll get punished at this level. 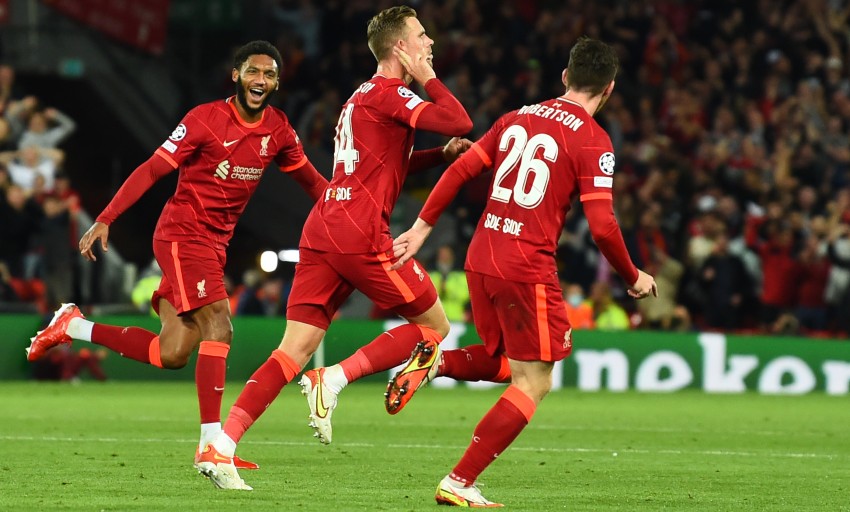 Yeah, we made hard work of the game but you’ve got to give credit to Milan. They’re a good side, good players, and when you’re not quite at it in a spell in a game, you get punished at this level and they did that. But I thought the boys reacted so well in the second half… we kept going, kept fighting and managed to find a couple of goals to win the game, so overall delighted with the result.