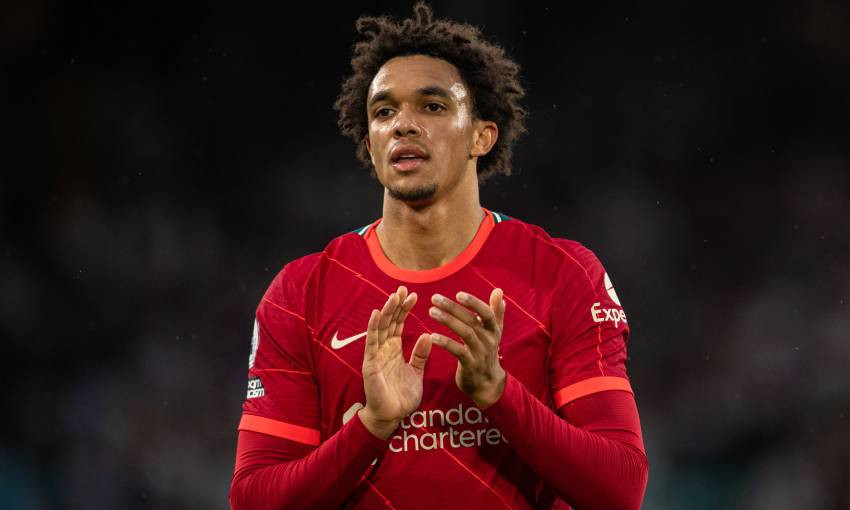 Trent Alexander-Arnold was satisfied after Liverpool's victory at Leeds United on Sunday but wants to see more ruthlessness in the future.

The Reds earned their third win of the Premier League campaign with a dominant display at Elland Road and goals from Mohamed Salah, Fabinho and Sadio Mane.

Having kicked off an important week by claiming three points, Alexander-Arnold was happy following the final whistle, though highlighted areas of improvement Jürgen Klopp's men can work towards.

The No.66 told Liverpoolfc.com: "It's always difficult to come here. It's difficult to find space but once you can, it kind of opens up and you're able to create chances – and I think that's what we did.

"We could have been a lot more clinical, put the game to bed earlier and really probably scored a lot more goals.

"But you never turn your nose up at a 3-0 win at Elland Road – a clean sheet, three goals and three points.

"They are unorthodox and they stick to what they know. Even when they're down to 10 men, they're still playing the same way that they have. It's not sitting behind the ball and defending, it's front-footed, chasing around the pitch and wanting to be aggressive."

The win at Elland Road was overshadowed by a serious injury to Harvey Elliott in the second half that saw the 18-year-old carried off on a stretcher and taken to hospital.

Alexander-Arnold commented: "In times like this it's not about the result. The result is always important but when something like that happens on the pitch, it's never nice.

"It really affects everyone out there, you can see the distress on everyone's faces and how much everyone was around him and caring for him – even the Leeds players were there caring for him, so that was a nice touch.

"But it's tough to really comprehend what has happened. He's such a young lad with the world at his feet and for something like that to happen to him at this point in his career is tough.

"But he's an amazing player, an amazing person, and I'm sure once he's had a bit of time to recover he'll be able to hit the ground running and get on with his recovery. It's tough."