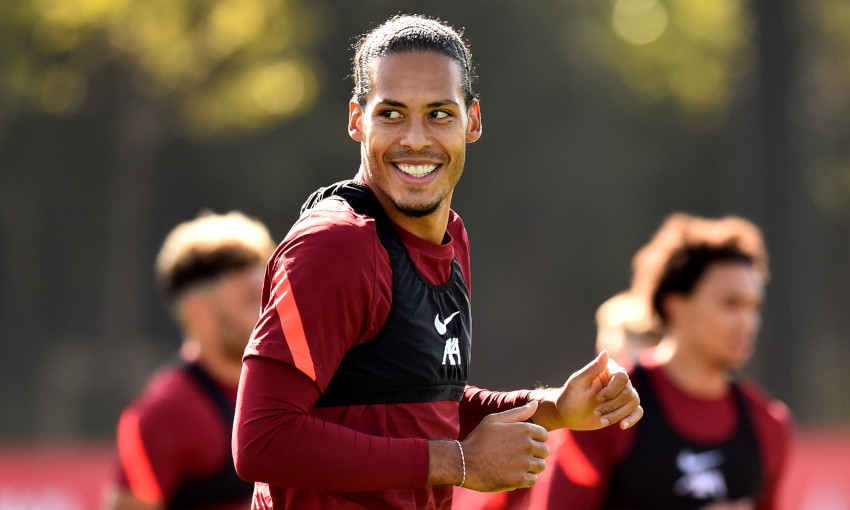 Liverpool resume their Premier League campaign with a trip to Leeds United this Sunday and will be able to call on Van Dijk, who quickly shook off a minor knock while representing the Netherlands on Tuesday night.

Elliott is now fit, too, following his withdrawal from England U21s duty, but Firmino and Minamino are continuing to recover from injuries and Milner has yet to resume team training.

Speaking to Liverpoolfc.com on Thursday afternoon, Klopp said: “Taki is already here for a while, he got injured obviously with Japan.

“So he called me from the bus and said, ‘Boss, I’m fine!’ I said, ‘Why are you limping then?’ He said, ‘My wife asked the same!’ So, yeah, that was a bit of a tricky moment but apart from that, no, all fine [for the other international players].

“Bobby is not [fit], it happened in the game [against Chelsea] obviously.

Klopp also explained Keita is now back on Merseyside as the Reds step up their preparations for the weekend clash at Elland Road.

“Naby is fine,” said the boss. “Yesterday he was not here [at the AXA Training Centre] but he was in Liverpool again. I will have a chat with him today, but from what I know from all the calls and talks we had, he’s fine.”