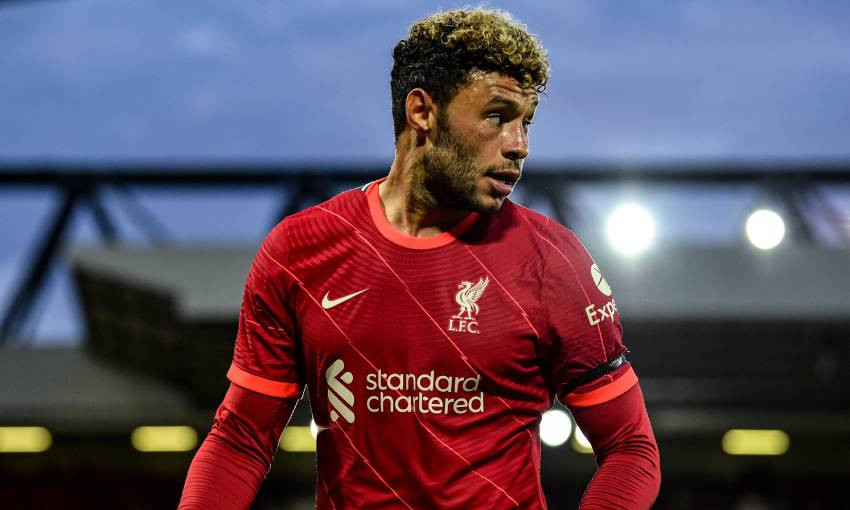 It was the final day of the summer transfer window in 2017 when the midfielder made the 'tough decision' to leave Arsenal and join Jürgen Klopp's Reds.

There have been highs and crushing lows in the time since – all of which unknowingly helped shape the 28-year-old, speaking candidly to Liverpoolfc.com.

"I was sort of entering the second part of my career as I joined," he now reflects. "So you're not so much a kid anymore and the young talent with potential and prospects.

"Without really knowing, I think it sort of slowly happened over time, just maturing and becoming more of a senior professional on and off the pitch, I guess, in some respects – probably more so off the pitch. I still try to play in very similar ways to how I always used to.

"I've learned a lot over the years and obviously had the big knee injury that was my first sort of surgery, so that changes your perspective on everything.

"I'd say I am slightly different or just more mature, or more experienced, but I still feel like I'm the same character. The way I try to play football and express myself, that's not changed and I wouldn't really want that to change too much.

"I'd just say I became more focused on performing and trying to produce numbers – whether that's goals and assists – and winning basically. Making sure that we're winning games and going to win trophies, with a serious chance of doing that and expectation.

"I think all of that sort of stuff changes your perspective a little bit in your approach, your mentality."

Oxlade-Chamberlain faced Liverpool 10 times in his career with Arsenal.

After signing for the Reds, he wanted to leave a different, lasting impression.

He remembers: "That sort of wanting to turn up and probably change people's opinions of me, Liverpool fans' opinions of me and what I could bring, from what they might have seen from me over the years as probably a more out-and-out winger.

"I wanted to turn up and make sure I did well, kick on, improve myself and help the team to move forward as well."

It would take him a bit of time to feel like a Liverpool player, though – even before the well-known acclimatisation period to play in Klopp's team.

The formalities of Oxlade-Chamberlain's switch had to be completed at St. George's Park while away on international duty with England.

"Going away with England as an Arsenal player and then leaving England and then turning up to a completely different part of the country – that was quite surreal but it was exciting as well," the No.15 says. "I hadn't had anything like that before.

"I signed and then I had, I think, two more games with England to focus on. That finished and then all of a sudden I was like, 'OK, right, now I'm off to Liverpool.'

"When I actually signed I couldn't really process it as easily as you usually would. It wasn't until after the England international break and then when I came into Melwood and stuff. It was a bit of a delayed sort of reaction, I guess."

"I feel like I'm at a place where I'm feeling sharper, quicker, fitter, stronger."

With a full pre-season under his belt, he's determined to fully move on from a pair of untimely, serious knee injuries.

He would miss exactly one year and two days of first-team action following a duel in the first half of Liverpool's Champions League semi-final with AS Roma in 2018.

Then, on the third day of preparations for the 2020-21 campaign in Austria, he went down during a training session and would be ruled out until December.

He reflects: "When I came back from the ACL, I played quite a bit in the season we won the league [2019-20] and I think I got the most goals that I'd got from midfield in my career – I think eight goals and a few assists – and obviously we finished the season brilliantly in terms of winning the league and that was amazing.

"But I think that season when I look back to it from my point of view, I'm always proud of what I was able to do coming back from that injury and basically going the whole season uninjured and being available at all times, but I think there was probably a bit of hangover from that injury.

"In terms of myself, I don't remember a consistent enough spell where I felt like I was on fire. I think it was a good season in terms of what I'd come back from to get back to that level and play and be back away with England and stuff as well. But I knew there was more to come, more goals and just more consistent performances.

"I feel like it's just a chance for me to kick on and put down a really good season of consistent performances and hopefully some good numbers as well in terms of goals, assists. But I guess that's all to come.

"It doesn't feel like a new start because it's all been part of the journey, the story. But I feel like this season's important for me to go and do something really good – hopefully on an individual level and then obviously for the team."

All the surgeries, painstaking rehabilitation and dents to confidence are worth persevering through.

Oxlade-Chamberlain is keen to stress that the highlights of his LFC career so far provide far more motivation than memories of darker times. 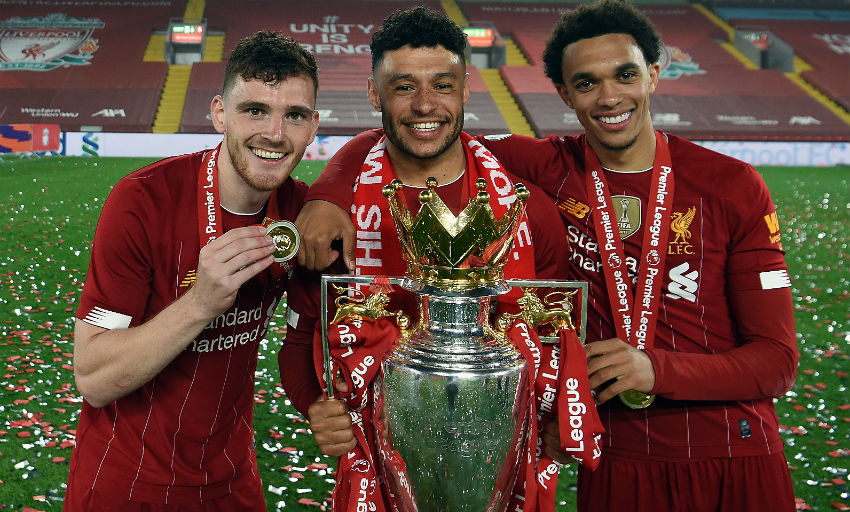 "Definitely the highs," he says. "Even when you're not injured, I think the way that we live our lives at Liverpool and in this part of the country with the training and everything we do, without realising there's quite a lot of sacrifice.

"I think there's a difference when you're in London and there's all sorts of places you can go and do things, and for me moving further away from family and friends.

"I think everything just became more focused on what we're all here to do – it's to play football and perform as well as you can and sacrificing. So when you do achieve something together as a team, I think that stuff sort of sticks with you a lot more.

"Winning the Premier League, when the boys performed how they did out in Madrid and lifted the trophy, things like that – they're the ones that stick with me the most, of course, as moments.

"With injuries and stuff, that sort of mixes into a bit of a blur. You just know it wasn't enjoyable. So the ones that stick with me are definitely the high points – Champions League nights, Man City at Anfield, things like that.

"They're the things that I remember the most and take energy from, for sure."

Oxlade-Chamberlain turned 28 last month and became a dad for the first time.

The tag of 'senior player' in the squad may be fitting at such an age and footballing journey. It's something he welcomes, with a bit of fright at the same time.

"I still see myself the same age as Harvey, to be fair!" Oxlade-Chamberlain laughs. "So it is a bit strange when you dip into the senior player pool – it comes around quick!

"It's also important as well. Once you've been around the block and you've done a lot, that experience is important and it helps you going into games, into situations, playing with other players – how to communicate with each other and get the best out of each other and seeing them in general situations day to day.

"Experience always helps in that respect, so I don't mind it. But it's strange to think of me as one of the older ones now in the team."

They say age brings about wisdom.

Highlighting his changed perspective, Oxlade-Chamberlain is making efforts to appreciate the here and now more at this stage of his career. 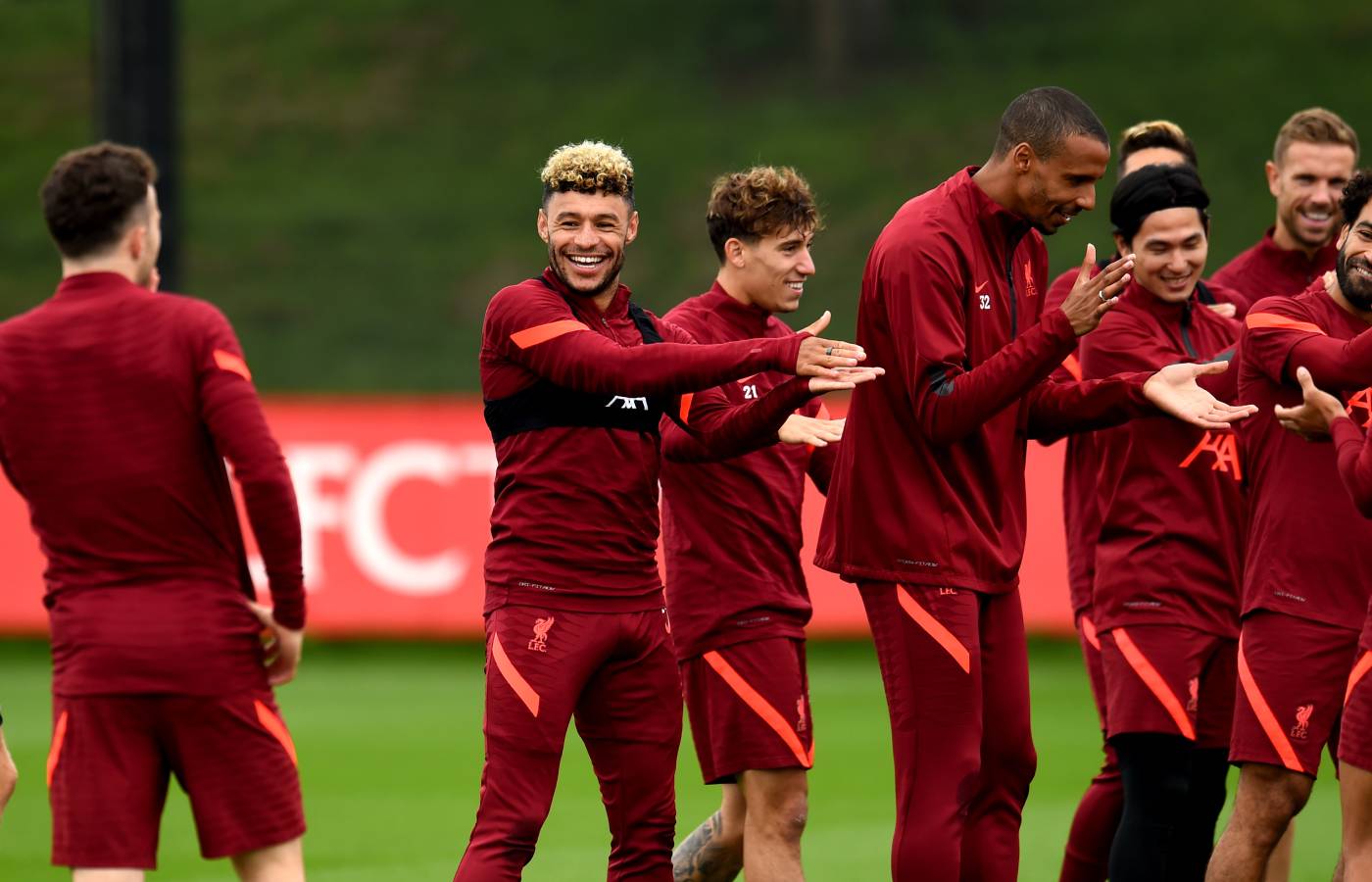 "I think it's important for me at this point to sort of try to enjoy myself," he begins to finish.

"I don't really think that I've had, like, loads of injuries, but the ones I've had are big and they've kept me out for long spells, which I think sometimes makes people think I'm always injured. That's a bit of a frustrating one.

"But during those spells and the battle to come back and prove yourself and whatever, I've sort of had to remind myself that through all of that at this point in my career, I'm still lucky enough to be at an amazing football club like Liverpool and how lucky I am to have that opportunity to still be in this environment, competing at this level.

"So it's probably more a thing to sort of appreciate and enjoy every day. Enjoy the challenge of trying to get in our team, and when you are in the team or not in the team, helping to still be competing for the biggest titles in the world.

"It is a part of enjoying every minute, the highs, the lows and trying to take them for what they are and work through them.

"When you're 35 or 36 and you're not playing anymore, it's all said and done. I think I've got to 28 pretty quickly, so I'm sure that that will fly around as well.

"It's more just about trying to enjoy every moment, keep pushing myself as much as I can to get the most out of myself and keep helping push the team to achieve as much as you can.

"Because when it's all said and done, all you've got to look back on is what we all achieved as a team. So that's where I'm at with that."