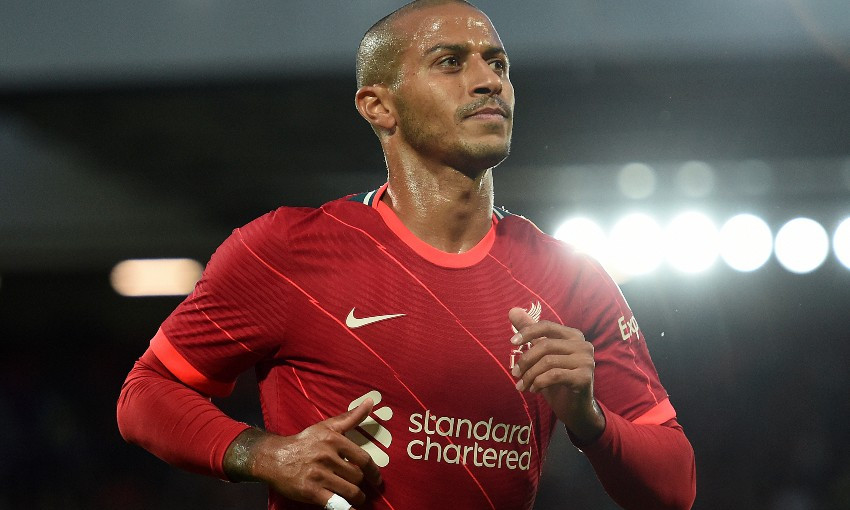 Thiago Alcantara is putting no limit on the scale of Liverpool’s ambitions this season.

The Spain playmaker - a serial champion with previous clubs Bayern Munich and Barcelona - is now in his second campaign at Anfield and wants to help the Reds challenge for honours across the board.

“Well, I have the same feeling I’ve had in every team I’ve played, which is to aim as high as possible,” Thiago told the club’s official matchday programme, of his and his teammates’ targets for 2021-22.

“That means to win every competition possible: the league, Champions League and the cup competitions too. That’s always been the objective. I’d say there’s no difference between this year, last year and the one before that.

Thiago’s maiden campaign on Merseyside saw him play a key role in a late-season surge that secured Champions League qualification and he now feels accustomed to the style and rhythm of the Premier League.

He continued: “Well, I don’t know if I’d count it as a year of experience in England as, due to COVID, everything has been closed, so we’ve not been able to enjoy being in the country too much in that sense.

“In terms of the Premier League, I’ve had a year to experience how competitive the game is and the speed of play. As is always the case when you’re adapting, it has been a good year but at the start I had tough times. I feel that I’ve overcome those now and I’m looking forward to this season.

“When I arrived here I was already clear on what I could bring to the team and what the team could give to me. We’ll continue working together and I think that we’re always discovering new things, both in terms of those of us that have been here [for a period] and those players that come in.

“That’s how you create that harmony within the group to be able to perform at the highest level and evolve.”